London – Giuseppe Penone: “Circling” at Gagosian Gallery Through May 31st, 2014 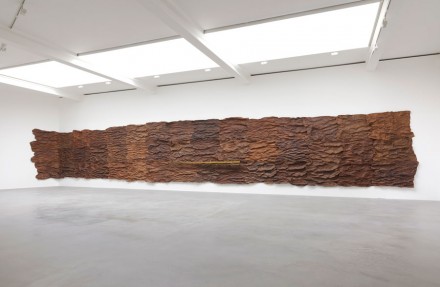 On view at Gagosian London is an exhibition of Giuseppe Penone’s large scale works from 2006-2008 as well as some more recent pieces. Entitled Circling, the exhibition includes 2 major works, Scrigno (Casket), 2007, and Sigillo (Seal), 2008, depicting the structure of trees, specifically: “the tree as a being that memorializes the feats of its existence” The display will remain on view through May 31, 2014. 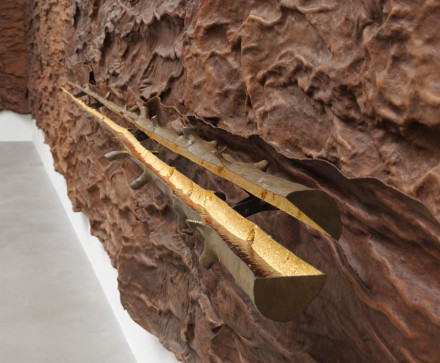 Born in 1947 in Garessio, Italy, Penone is a younger member of the Arte Povera movement, and his work has always been mainly concerned with the relationship and contact between man, art, and nature, characterized by radical choices of processes and the use of unconventional materials. His work is significant within the Arte Povera movement as having made a transition away from conventional media, and chooses to work with raw forms found in nature. In the late 1960s, for example, he stunted the growth of trees with nails, metal wire, and an iron cast of his own hand gripping a living trunk, forcing the trees to adapt and grow around his interjections. 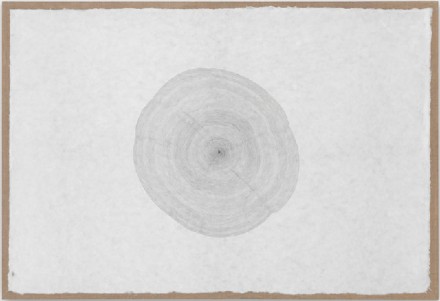 In Circling, artistic gestures are worked into natural foundations. Sigillo (Seal), 2008 is a marble slab nearly 20 meters long, across which a solid cylinder of the same marble is meant to represent the ancient Babylonian seals used to make marks in clay. Scrignio (Casket) (2007), is a 15 meter-long mural of patchwork pieces of patterned brown leather, which he created by hammering leather against a living tree to impress the natural lines of the bark into the material. Across the center of the work is a small bronze-cast tree, split open so as to reveal the natural interior.  the work here is indicative of Penone’s interest in the combinations of delicacy and monumental scale that so often populate the natural world.  For all the immensity of his pieces and installations, the objects often employ the detailed, minuscule inflections of growth and change to drive home their impact.

Giuseppe Penone: Circling opened on April 11th at Gagosian London and will continue through May 31, 2014. 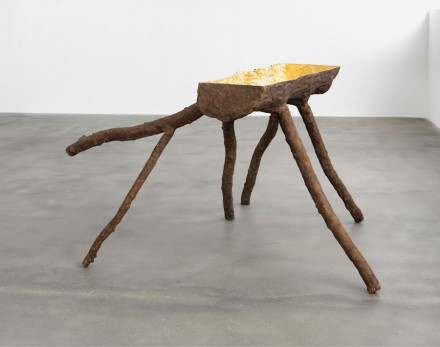 This entry was posted on Tuesday, May 27th, 2014 at 12:00 am and is filed under Art News. You can follow any responses to this entry through the RSS 2.0 feed. You can leave a response, or trackback from your own site.