New York – Carrie Mae Weems: “Three Decades of Photography” at The Guggenheim Through May 14th, 2014 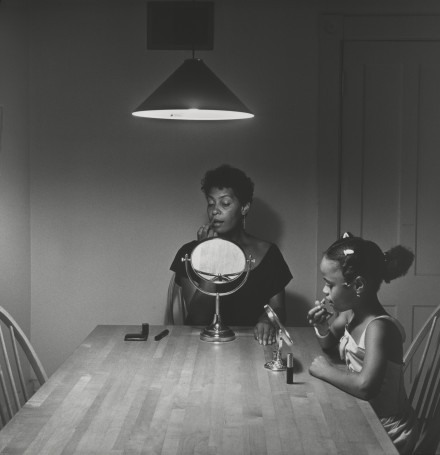 Documenting the landmark work of video maker, photographer, spoken word poet and textile artist Carrie Mae Weems, The Guggenheim is currently presenting a body of work spanning over thirty years in the artist’s career, including a number of the artist’s most significant and iconic works. 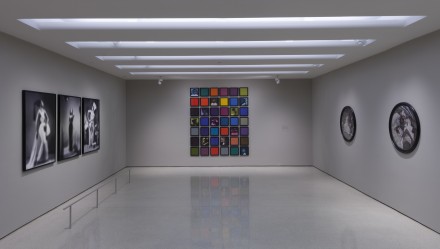 Weems was born in Portland, Oregon in 1953 to Carrie Pol and Myrlie Weems, and was fifteen the year Martin Luther King was assassinated.  One year later, the Weems was pregnant with her first child.   It was during her teenage years that Weems first became interested in photography, and pursued her interest fervently, earning her BFA from California Institute of the Arts, Los Angeles and her MFA from University of California, San Diego.   Since 2008, she has been represented by Jack Shainman Gallery and is currently based in Brooklyn and Syracuse, New York. 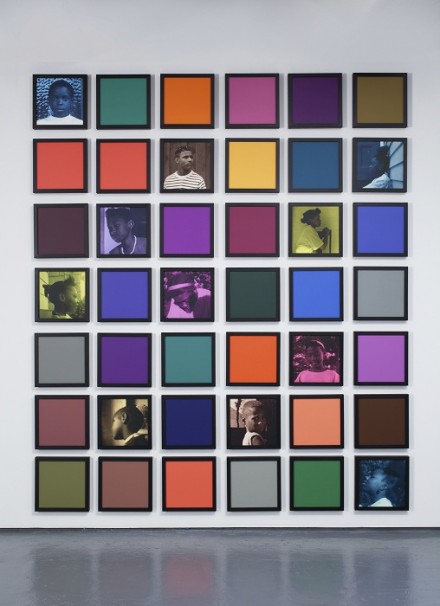 Weems multi-disciplinary approach is recognized for its nuanced take on issues such as racism, gender relations, politics and personal identity, incorporating powerful combinations of text and image set against the backdrop of slavery, the domestic realm of the female, imperialism and the African diaspora.  Organized by the Frist Center for the Visual Arts, Nashville Tennessee, the exhibition on view at the Solomon R. Guggenheim, New York offers a look at Weems’s large body of work, including several of her most prominent series; such as Family Pictures and Stories, Kitchen Table Series (1990) and Colored People.

Exploring her subject matter through many different lenses and geographical places (Weems was for several years active in a Marxist organization), Weems frequently focuses on breakdowns between text and image working agains cultural tropes. The seminal Kitchen Table Series (1990) are composed of images the artist took at her kitchen table, an exploration of the male/female relationship and the power dynamics of traditional marriage, set in the ”feminine” domestic setting of the kitchen. Graduate school studies in folklore led her to create the conceptual series Sea Islands (1991-92) pairing images of nature with romantic folklore tales of slaves in the South. In 1993 Weems traveled to Sub-Saharan Africa, the ”slave-coast,” Ghana and Senegal. Resulting in a series of photographs of architecture representing her imagination of Adam and a ”newly empowered Eve.” 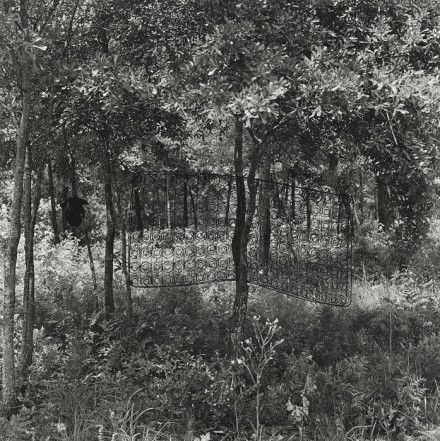 Weems work generally has a strong political agenda, making gender and racial stereotyping visible although using different methods.  In the series Ain’t Jokin (1987-88) a skillful interplay of images and text that expose conditioned notions of blackness, speaking to both a black and non-black audience are used. In one, an image of a woman holding a mirror up to her face is followed by “Looking into the mirror the black woman asked – Mirror, Mirror on the wall who’s the finest of them all?! The Mirror says – Snow White you Black Bitch, and don’t you forget it!!!” The parallels of reflection and self-reflection are malicious in turn, both in a literal and metaphorical sense. Weems works with exposing these biases, but also incorporates hope for change, such as in the two series image and text juxtapositions Not Manet’s Type (1997) and Roaming (2006).  The former work plays on a comment on how black women have been treated in art history; “It was clear I was not Manet’s type. Picasso who had a way with women only used me & Duchamp never even considered me,” but rather than keeping a passive voice, Weems reassesses the situation going forward “I knew not from memory but from hope, that there were other models by which to live.”  The series ends with a nod towards Frida Kahlo’s work as an artist, acknowledging the impact of great female artists beyond the often narrow eye of the art historical.  Roaming (2006), similarly, is a series of photographs Weems executed during a residency at the American Academy in Rome, a woman stands with her back to the viewer in front of the once grand monuments and sweeping vistas of Rome celebrating human accomplishment but also a discrete statement that people of color were present in the creation and life of the pictured places. 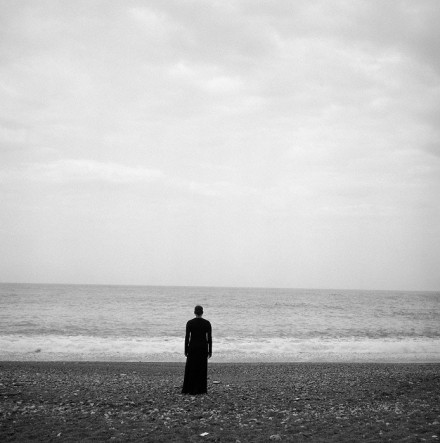 Accessible on the audio guide is Weems powerful spoken word piece Family Pictures and Stories, framing the exhibition in sorts.  It is the story of her family over the past decades, and as a result slowly comes to mirror the movement of black families from the North and the South.  She opens by painting a picture of her father’s vivid storytelling, and uses that framework to continue her narrative.  As family history is being passed down through generations, it becomes clear that a story has the power to inspire hope and a sense of importance, or to convey a lesson. Fitting thenm that Storytelling as a way of communication would be prevalent in most of her artistry. 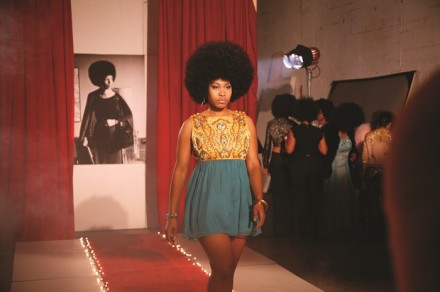 The Guggenheim has recently championed female photographers in its halls, hosting major exhibitions like Rineke Djikstra: A Retrospective, jointly organized by the Solomon R. Guggenheim and the San Francisco Museum of Modern Art, and Francesca Woodman, organized solely by the latter, both in in 2012 and on view in the building’s side-galleries.  Alongside the showcase of Weems’s deeply informed poignant, complex and often provocative work, the artist also curated a multidisciplinary performance-salon held at the museum, under similar guidelines. The three day event, Carrie Mae Weems LIVE: Past Tense/Future Perfect, featured musicians, artists, activists and writers focusing on on contemporary cultural production in the areas of dance, film, literature, music, theater, and visual art.

Three Decades of Photography is on view through May 10th. 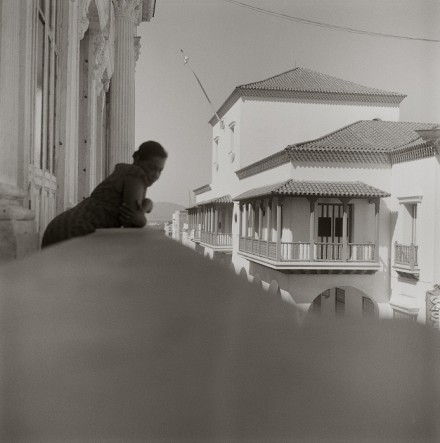 Carrie Mae Weems, Listening for the Sounds of Revolution from Dreaming in Cuba (2002)

This entry was posted on Wednesday, May 14th, 2014 at 11:44 am and is filed under Art News. You can follow any responses to this entry through the RSS 2.0 feed. You can leave a response, or trackback from your own site.