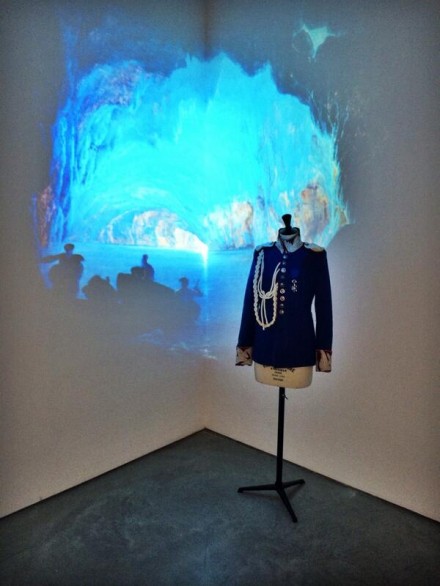 Currently on view at 303 Gallery is French born artist Dominique Gonzales-Foerster’s exhibition, euqinimod & costumes. Being the artist’s first collaboration with the Chelsea gallery, the exhibition stands out as Gonzales-Foerster’s autobiographical investigation using clothes from her own wardrobe. 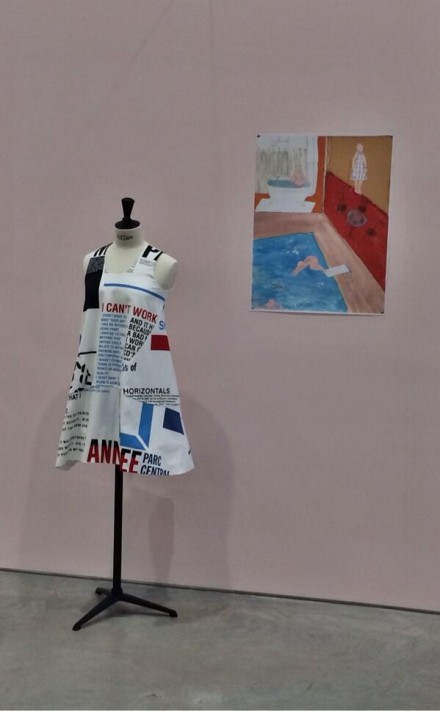 Having worked as a museum guard herself as a teenager, the artist’s emphasis on issues such as exhibition design or spatial planning stays evident throughout the exhibition. Known for her large scale installations and video projections, Gonzales-Foerster presents two installation works, one of them being the exhibition’s namesake, and two photography works showing the artist wearing symbolic costumes of famous figures and characters such as Edgar Allen Poe and Scarlett O’Hara. 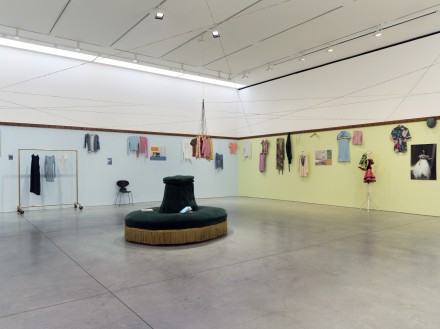 Ruminating on the connection between daily objects and their owners, the works in euqinimod & costumes comment on the narrative charge of one’s clothing in relation to revelations about the wearer’s inner self.  Considering textiles and clothing as the projection of one’s personal history, Gonzales-Foerster displays her own clothes starting from her childhood through the present to transfer her journey as an artist and an individual. 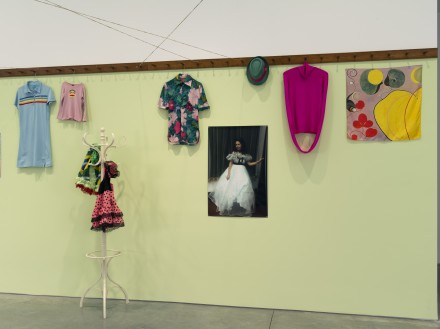 Accompanying these clothes are the sketches the artist made when she was applying to art school, as well as two of her aunt’s drawings. Charging further meanings to her own possessions beyond their everyday purposes, the artist traces the undiscovered parts of her autobiography. Aside from narrating the artist’s personal journey, the display also qualifies as a signifier of different eras through fashion trends. This installation will be a part of the artist’s survey exhibition at Museum of Modern Art at Rio de Janeiro and Centre Pompidou in September 2015. 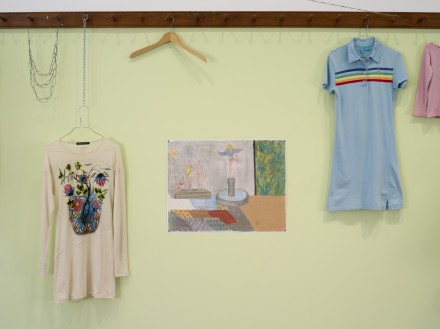 Also on display as a part of the installation is Gonzales-Foerster’s photographs of herself in costumes of Scarlett O’Hara and Edgar Allen Poe in conjunction with M.2062, the artist’s ongoing operatic project in which she appears in costumes of symbolic characters and gives lectures in these personas. Underlining the narrative aspect of clothes in terms of one’s identity, the artist emphasizes the costumes as much as the characters she plays. Also installed in a separate room is Ludwig II (M.2062), the Ludwig II costume itself along with a video projection of a romantic nature image.

Dominique Gonzales-Foerster: Euqinimod & Costumes is on view at 303 Gallery through May 31, 2014. 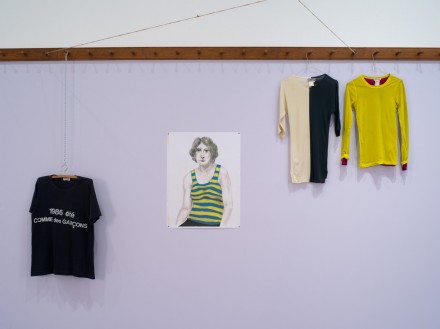 This entry was posted on Sunday, May 18th, 2014 at 11:41 pm and is filed under AO On Site. You can follow any responses to this entry through the RSS 2.0 feed. You can leave a response, or trackback from your own site.