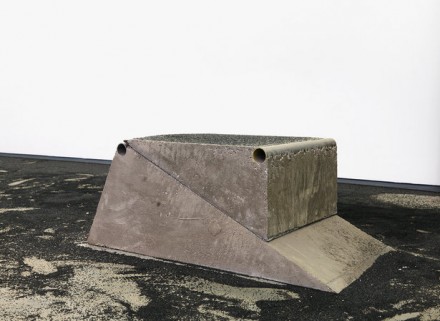 Chez Perv, a group exhibition of work by Oscar Tuazon, Matias Faldbakken and Gardar Eide Einarsson is currently on view through June 1 at the Team Gallery in New York. Concrete slabs and immoveable duffle bags mark this show’s exploration of the hard edges and enormous weight of the physical world, deriving its title from a New York Post cover story on the Dominique Strauss-Kahn sex scandal. Politically potent, heavily minimalist, and privileging the alienating, this group show brings the stillness of the physical world to the fore. 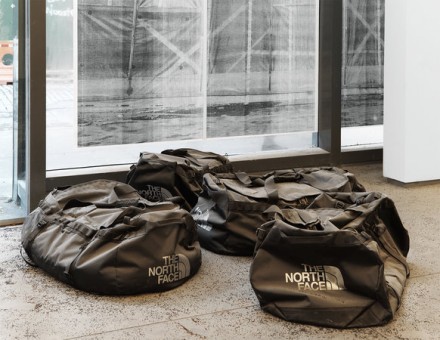 Matias Faldbakken works as an artist and a writer in Oslo. He first gained international recognition as a writer, followed by public recognition for his visual art. In his art as well as writing, Faldbakken offers sharp societal critique and explores the practical potential for extreme rebellion.  Einarsson, born in Norway and now residing in Tokyo, also explores a fascination with popular culture, addressing film and the relationship between the individual and resistance. Like Faldbakken, Einarsson has staged works of intervention that mobilize the iconography of popular culture toward social critique.  Oscar Tuazon, living and working in Los Angeles, works with a combination of industrial and natural materials. Tuazon combines a do-it-yourself aesthetic with classic minimalist sensibilities. Through his work, a fascination with the experience of the physical, inanimate world emerges. 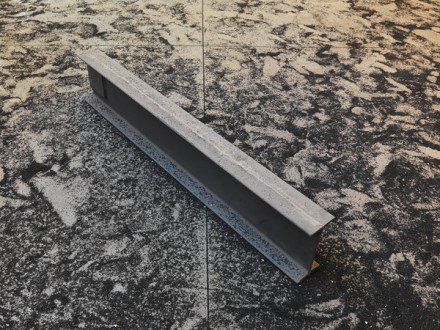 Though they now reside across three separate continents, the artists have created work and developed careers alongside each other since the 1990s. All three are represented by the Standard Gallery in Oslo. This group show reveals the emphasis on architecture and the arbitrary that are shared aesthetics concerns of these artists, and places the minimalist and social impulses of each in conversation with each other. 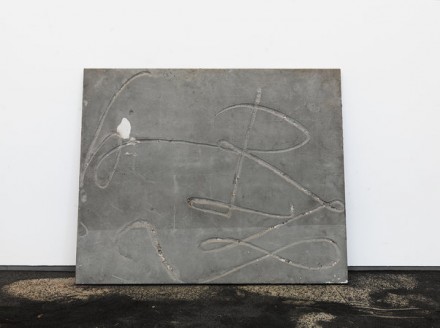 The works of Chez Perv embrace a collaborative working structure.  The trio of artists work in various collaborative amalgamations: sometimes one artist, sometimes two, sometimes all three dictate the final working product, resulting in a series of themes and repetitions that alternate and resurface over the course of the exhibition.  Faldbakken’s often capitalist, consumer-focused interjections collide with Tuazon’s plodding, weighty aesthetic, each of which are often offered counterpoint by Einarssons negotiations between the two. In fact, it’s perhaps Einarsson’s hand that remains the most subtle throughout the show, complementing and reshaping the aesthetic goals of the other two artists, and leaving ample space for the viewer to interject at the same time.

Exploring the shared working habits and similar concerns of this group of artists, Chez Perv will close on Sunday, June 1st. 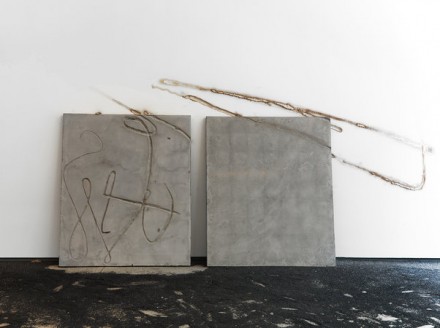 —A. Corrigan and D. Creahan

This entry was posted on Friday, May 30th, 2014 at 12:00 am and is filed under Art News. You can follow any responses to this entry through the RSS 2.0 feed. You can leave a response, or trackback from your own site.