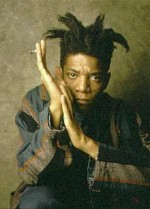 The city of Paris has named a public square in its 13th Arrondissement after Jean-Michel Basquiat, a fitting choice given the area’s popularity with street artists and street art tourists.  “Basquiat is one of the biggest contemporary artists,” 13th Arrondissemnet mayor Jérôme Coumet says. “He defended the cause of African-Americans in the US, and was also a lover of France. He was the artist who blazed the trail for street art, and art in public space.”

This entry was posted on Friday, June 20th, 2014 at 11:59 am and is filed under Art News. You can follow any responses to this entry through the RSS 2.0 feed. You can leave a response, or trackback from your own site.