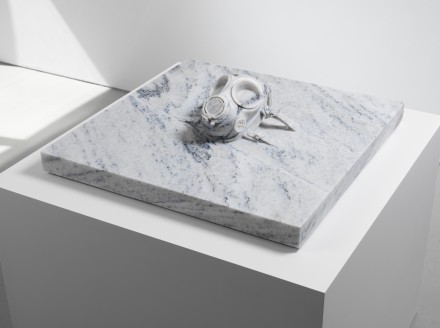 Ai Weiwei, Mask (2013) All Images Courtesy of the artist and Lisson Gallery

One of the most influential and politically vocal artists of his generation, Ai Weiwei has found himself in the headlines frequently since his 2011 seizure by the Chinese government and subsequent imprisonment for more than eighty days without any official charges being declared. As a prominent objector of Chinese government’s oppressive demeanor, Weiwei has been an active figure in the country‘s struggle for freedom of speech and personal rights.  Following up on Ai’s presence internationally in the past year, Lisson is currently presenting Ai Weiwei’s third solo exhibition with the gallery, touching upon the artist’s most familiar themes, explored through a combination of new and old objects. 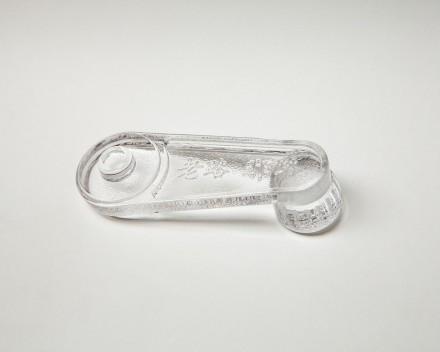 As a part of an ongoing series titled Forever, Weiwei presents a set of large scale installation including stainless steel bicycles stacked together.  Known for its high number of bike users, China has also been a major manufacturer of these means of transportation since 1940s. Due to their one-person use, bicycles also function as the signifiers of the increasing population and ‘stacking’ of commodities in China. The title of these geometrically stacked bicycles is a direct reference to the famous bicycle manufacturing brand of Shanghai, Forever, which used to be a symbol of Chinese industrial market as well. Currently a disappearing means of transportation in China due to the rising number of car owners, bicycles that were mostly manufactured by this company have been one of most prominent symbolic elements of Ai’s work. 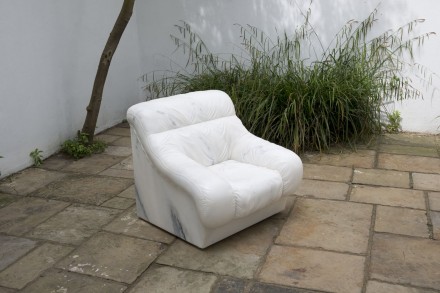 Discussing the repurposing of bicycles in contemporary art without noting Ai’s major influence from Marcel Duchamp’s Bicycle Wheel is almost impossible; however, the representation and appropriation of daily objects is not only limited to cycles in the exhibition. Hand carved, to-scale copies of certain objects that relate to Weiwei’s personal history form the rest of the exhibition. Materials such as wood, marble and crystal are used in the recreation of these familiar objects as they stand out as the projections of Weiwei’s life in Beijing, before, during and after his imprisonment.  A gas mask, for instance, carved from a block of porcelain, is on display as a commentary on the severe air population in Chinese cities. Another potent reference to daily life in China is a glass replica of common window cranks in Chinese taxis, serving as a more subtle yet pertinent homage to Chinese government’s decision to remove these parts from cars to prevent protestors from throwing the handles through windows during demonstrations. 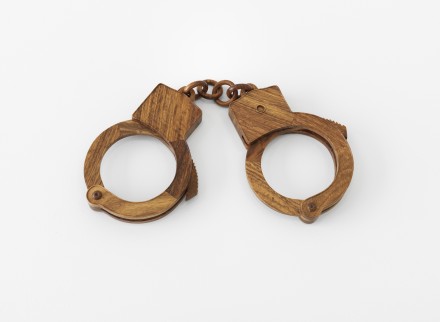 Moving between dense layers of cultural reference and gracefully created art objects, Ai Weiwei’s new body of work is a strong continuation of his most notable themes, and is on view at Lisson Gallery through July 19, 2014. 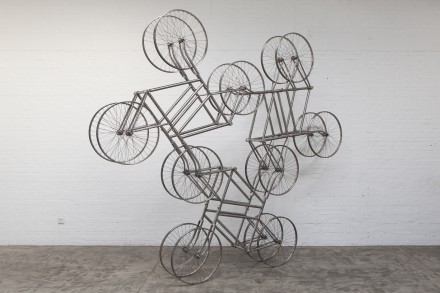 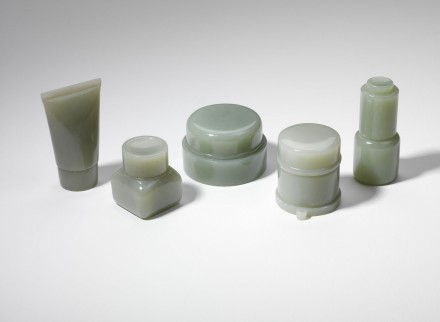 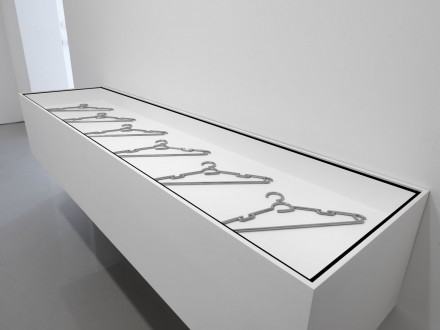 This entry was posted on Friday, June 6th, 2014 at 12:00 am and is filed under Art News. You can follow any responses to this entry through the RSS 2.0 feed. You can leave a response, or trackback from your own site.