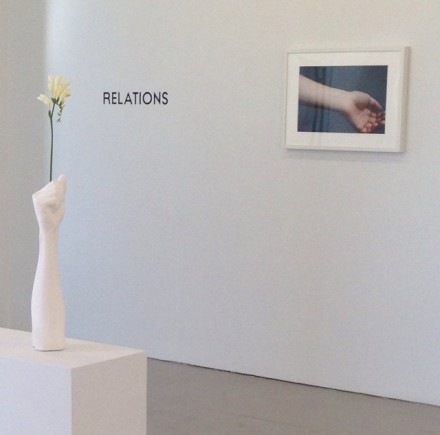 In his most recent body of work, Tim Barber captures everyday moments and splits them open to reveal the complex interactions within. On display at Capricious 88, Relations invites the viewer to relate to the universality of the seemingly unrelated, yet similarly impactful, images. 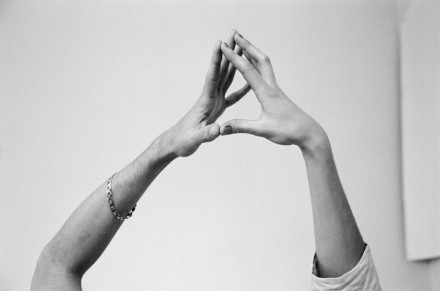 Tim Barber, Relations courtesy CapriciousFrom quiet moments outdoors to simple human interactions, there is a quietude in Barber’s lens despite the complexity that arises when the narratives behind each photograph are questioned, as well as a tension among the elements comprising the exhibition. Sometimes it is an obvious physical tension—fingers pressed together, a spider’s web strung taut between two pines—and sometimes it is more abstract.  The scenes teeter between clarity and complexity, eternal and ethereal. With the familiarity of the depicted acts and scenery—road trips, bathing, snowfall over a city—it seems these images will persist endlessly beyond the walls of the exhibition. Yet each captured moment in and of itself is fleeting; the fingers can only press together for so long. 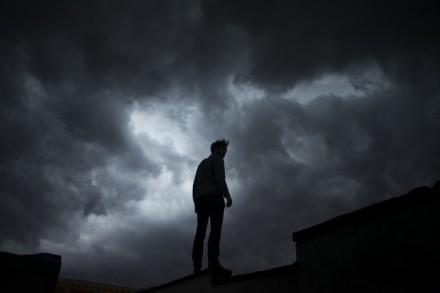 Barber’s subjects appear peaceful, even the masked teen wielding a (likely fake) cleaver, his pose relaxed and unthreatening, and the ukulele player seated in the background. His depiction of relations is removed and pensive, more focused on the connections arising from coexistence rather than interaction. When two or more people appear in the same frame, they do not look at each other, and only one woman, her face obscured in what appears to be plaster, looks to the camera. Despite the lack of contact between subjects, a force resonates around them. 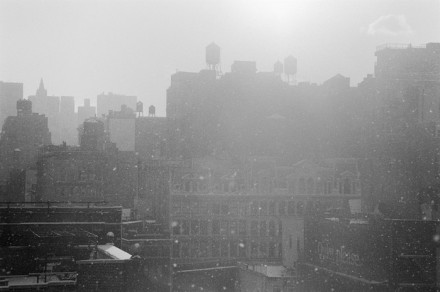 Using the word “relations” as his title rather than the more commonplace “relationships,” Barber urges the viewer to consider the word more closely. Beyond the way people relate to each other in the photographs, there is the larger relation of the collection to itself. Furthermore, the word “relation” can refer to the act of storytelling, pointing to the layered stories these images tell.  The impact of the photographs comes in part from what lays beyond the frame. A city shadowed by snow contains millions of people, forming an inextricably entwined web of relations; a lone woman showering in the rain is fixed in her own web of relations beyond the outdoor shower house. Viewing these photographs, the viewer unconsciously charts the territory beyond what they see, drawing connections between what the presentation with and the construction of 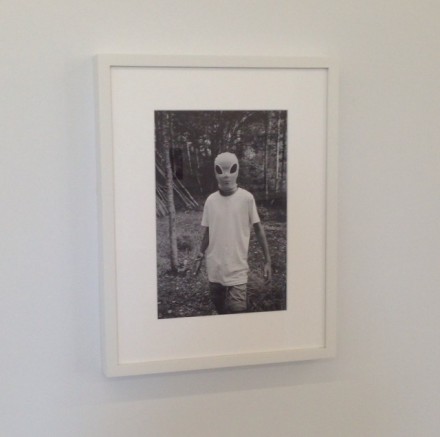 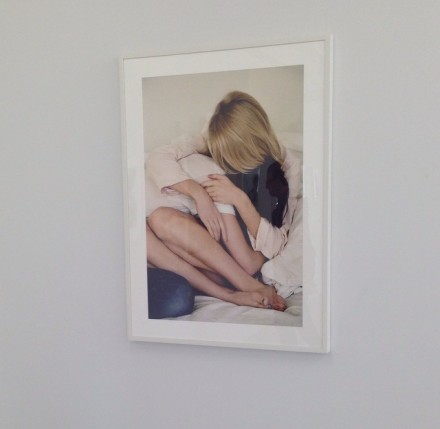 This entry was posted on Saturday, June 21st, 2014 at 6:01 pm and is filed under Art News. You can follow any responses to this entry through the RSS 2.0 feed. You can leave a response, or trackback from your own site.