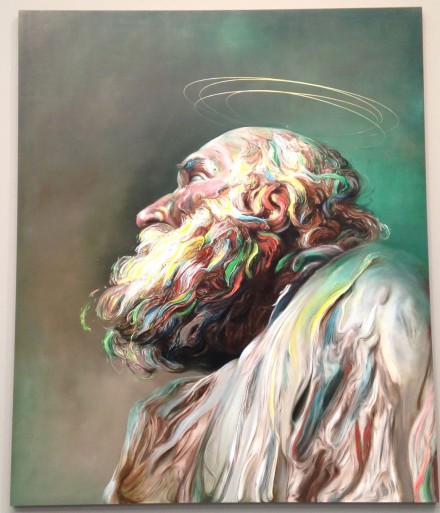 In his first solo show in New York in seven years, Glenn Brown delivers a large scale body of work, focusing on sculptural works besides his widely recognized paintings. Palatially spread across Gagosian Gallery’s twenty-first street location with an array of exuberant colors, Brown’s selection of artistic references in this exhibition include nods to Rococo, Baroque and Mannerist techniques, alongside the likes of Frank Auerbach and Pieter Bruegel. 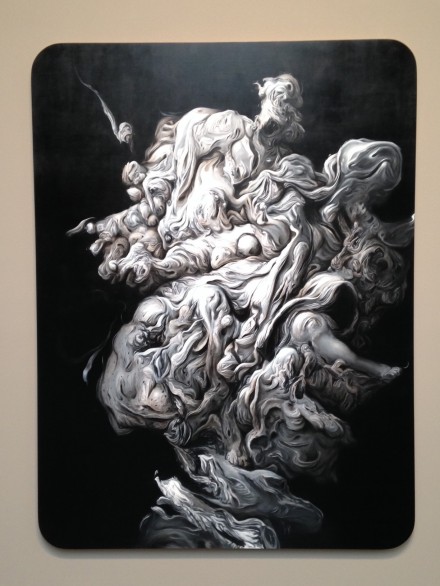 Glenn Brown, The Death of the Virgin (2012), via Osman Can Yerebakan

One of the most prolific members of Young British Artists group, Glenn Brown was nominated for the prestigious Turner Prize in 2000. A graduate of England’s famed Goldsmith College, Brown has been the subject of numerous solo and group exhibitions, presenting his practice in which he mostly combines appropriation and reproduction while tying strong references to art history. Due to his strong references to other artists’ works, Brown has been in the center of many controversies related to the authenticity of his works. 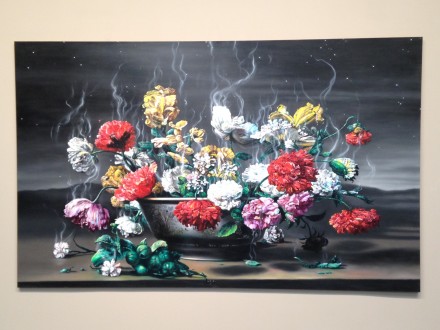 Here, joyful and lively colors contrast with the uncanny demeanors of Brown’s female nudes or elder men in works such as Maria Berna / Die Toteninsel or In My Time of Dying. Arguably the central work of the exhibition, Necrophiliac Springtime is the perfect reflection of this unfamiliar harmony of the vivacious and the inanimate thanks to its depiction of giant flowers with their radiating presence alongside some unsourced steam calmly coming out to the sky in front of an eerie scenery of timeless land. 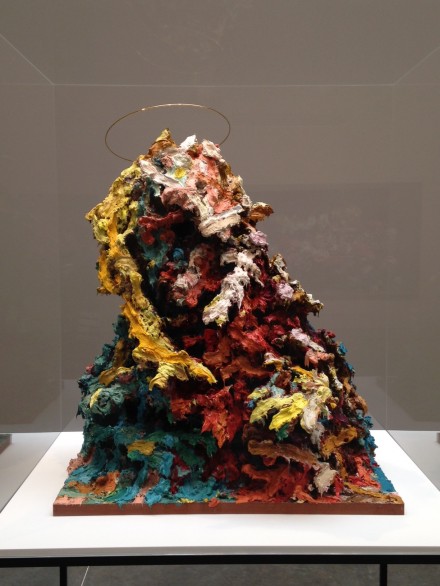 Brown, who compares himself to Frankenstein in the way he brings together the different components of existing works to produce new interpretations, articulates on the state of being an artist, both for himself and for those he is inspired from. Through sketching, distorting and redoing, Brown draws off new meanings and readings. Departing figuration for an allegorical tryst of exuberant colors and strong brush strokes, paintings such as The Death of the Virgin or Titania Awakes / Love-in-Idleness haunt the viewers’ perceptions with their captivating abstract presence. 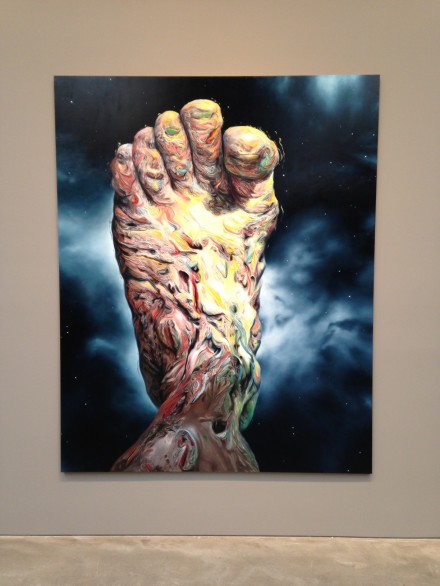 Glenn Brown, The Happiness in One’s Pocket (2012), via Osman Can Yerebakan

Brown’s sculptures, on the other hand, elevate the multi-layered nature of paintings to the level of three dimensionality, turning Brown’s heavily piled oil paint into a sculptural technique in which it replaces common materials such as clay or bronze. Infusing a curious playfulness into his argument, Brown covers antique bronze figures with the same technique, transforming what is of the past into a matter of the contemporary. Still leaving the traces of the past selves of these statues visible amongst the colorful piles of paint, be it a pair of legs or a halo, Brown makes a salute to the traces he’s following as an artist contributes to the emblematic state of today’s art.

Glenn Brown is on view at Gagosian Gallery through June 21st, 2014. 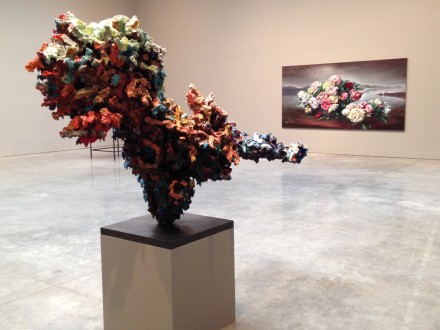 This entry was posted on Monday, June 16th, 2014 at 12:00 am and is filed under AO On Site. You can follow any responses to this entry through the RSS 2.0 feed. You can leave a response, or trackback from your own site.