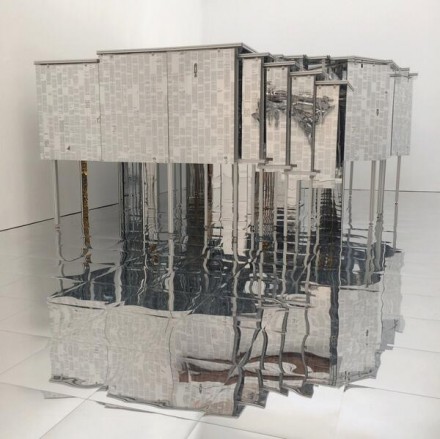 On view at Lehmann Maupin in New York is an exhibition of works by South Korean artist Lee Bul, exploring “the intrinsic tension within utopian idealism,” and composed of sculptural works and large-scale installations.  Addressing humanity’s vision of an ideal future, the works focus on formal, architectural, and theoretical concepts, moving away from her former focus on the human form and into a consideration of the larger human environment. 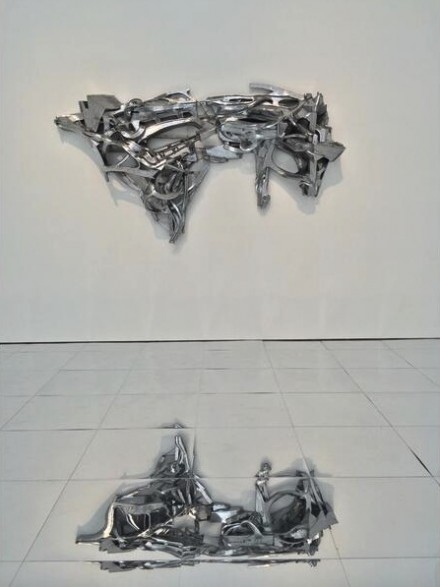 Born in 1964 in Yeongju, Gyeongsangbuk-do, South Korea, Lee grew up in Seoul and received a BFA in sculpture from Hongik University in 1987. She is considered one of the most important artists from Asia to have emerged in the 1990s, and her works are most often installation pieces involving the audience as a vital member within the artwork. 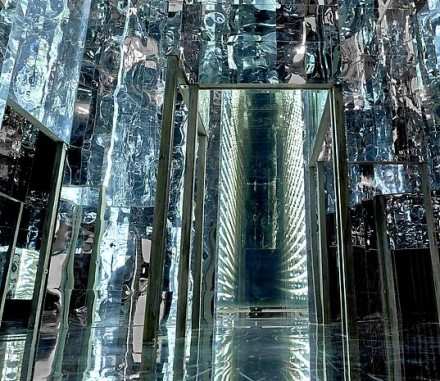 Lee has long been interested in the concept of the ideal, relating this concept of perfection or exclusive modality to the body, society, and in humanity’s quest for the “true essence of divine nature.”  She has often explored the human/machine dichotomy, and the ways that the human ideal is expressed through architectural design, and has also showed interest in the idea that the human mind is defined ultimately by perception, bound by  a very particular kind of consciousness. 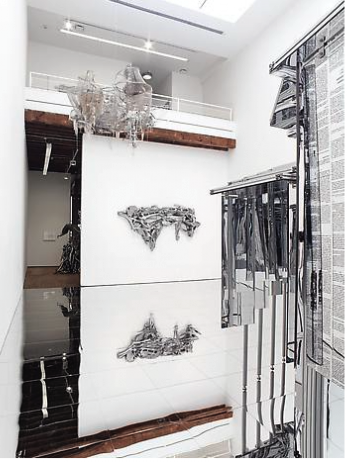 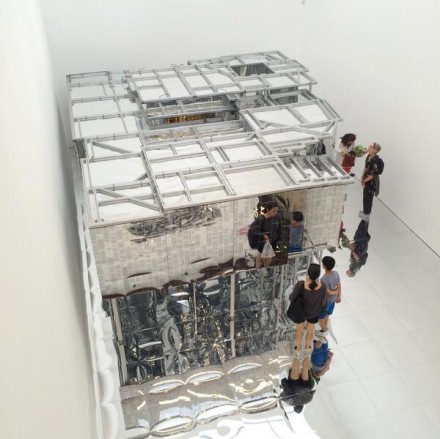 Lee’s work here aims to disorient the viewer, allowing her audience to step out of their normal realm of perception and expand their cognitive boundaries. Drawing on the utopian ideals of German architect and urban planner Bruno Taut (1880-1938), her suspended sculpture Untitled (2014) uses crystal, glass, and acrylic beads in a latticework of steel and bronze chains, to mimic a futuristic cityscape that fits within the architectural paradigm envisioned by Taut. 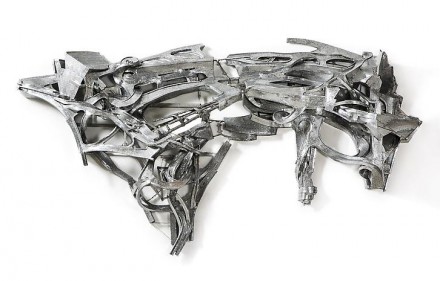 Via Negativa II (2014) is an experiential installation composed of illuminated infinity mirrors and other fragmented reflective surfaces within a labyrinth structure through which viewers are intended to navigate. The installation alludes to theories of apophatic philosophy, a theology that attempts to describe “the Divine Good,” or God (regardless of religion or belief system) by negation, speaking only in terms of what may not be said about the perfect goodness that is God, rather than by describing what “God” or may be. This philosophy is similar to mysticism, which focuses on an individual experience of the “divine reality” beyond the realm of ordinary perception and unaffected by structures of traditional organized religion. Therefore, this version of theology can be applied to any form of religious belief, from Hinduism and Buddhism to Christianity, Islam to Judaism. With this installation, Lee explores the idea that divine nature is beyond the understanding of the rational human mind and can only be comprehended by defining what it is not.

These intellectually stimulating, experiential multimedia installations, demonstrating both skill and intensive research will remain on view at Lehmann Maupin in New York through June 21st. 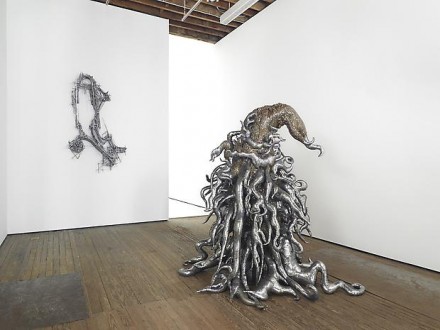 This entry was posted on Thursday, June 19th, 2014 at 5:51 pm and is filed under Art News. You can follow any responses to this entry through the RSS 2.0 feed. You can leave a response, or trackback from your own site.