New York – Sophie Calle: “Rachel, Monique” At The Church Of The Heavenly Rest Through June 25th, 2014 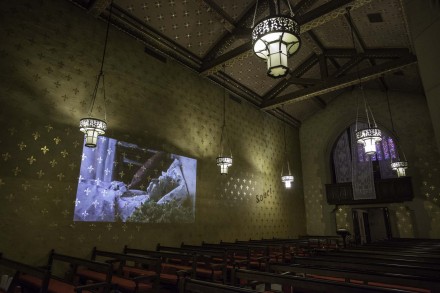 Since May 9th until June 25th this year, the Episcopal Church of the Heavenly Rest, in conjunction with Paula Cooper Gallery, has been transformed into a gateway that marries the universality of sacred space and the experience of life and death through the singular exploration of a specific life.  Artist Sophie Calle is known for her deeply emotional work and propensity for crossing the boundaries of personal and social space in a way that is successful in its dramatic and often controversial appeal to the human condition. “Rachel, Monique” may be one of her strongest works in this vein to date. 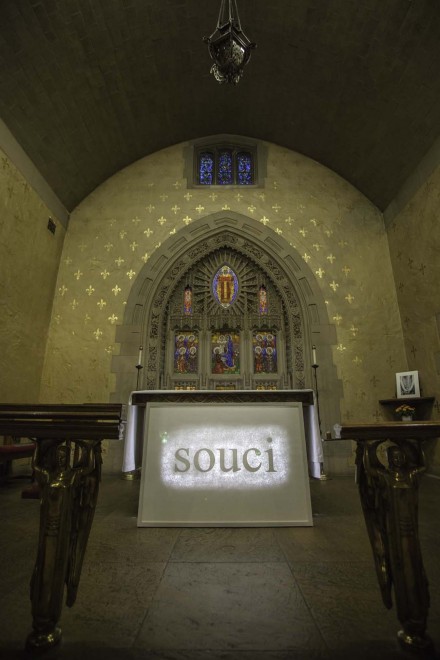 The show serves as an examination of and homage to the life and death of Calle’s late mother, Monique Sindler, with a primary focus on her passing. It takes place in a transept, isolated from the main body of the church, at the entrance to which are words printed onto a carved tablet of stone: She was successively called Rachel, Monique, Szyndler, Calle, Pagliero, Gonthier, Sindler. My mother liked to be the object of discussion. Her life did not appear in my work, and that annoyed her. When I set up my camera at the foot of the bed in which she lay dying – I wanted to be present to hear her last words, and was afraid that she would pass away in my absence – she exclaimed: “Finally!”

Sindler passed away in 2006, and since then Calle has installed this selection of video and accompanying materials in various ways.  The film of her mother’s passing was originally shown at the 2007 Venice Biennale, and versions of the current show have previously been exhibited at the Palais de Tokyo in 2010 and the Festival d’Avignon in 2012. 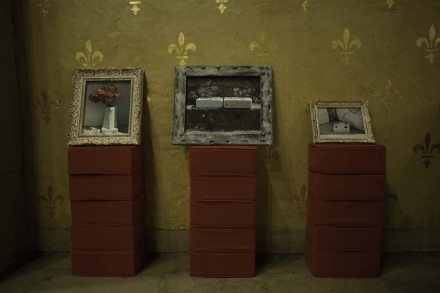 The show is physically dark, with large, looming lamps hanging from the ceiling as the only light sources, along with the bright, digital blue of the projected recording of Sindler’s final moments, which Calle recorded in 2006. Hundreds of fleur-de-lys painted in gold on the walls reflect a small amount of light, producing a haunting, shimmering effect. The room is also extremely quiet, save for the soft murmuring of recorded English translations of excerpts from Sindler’s diary, which she wrote from the 1980s through 2000.  The word souci, the French word for “worry”, was the last word her mother said, and it appears persistently in the space, whether glowing on the pedestal at the front of the aisle, or subtly woven into the lace that covers the organ on the upper level on the other side of the room. On one wall, the word is formed by a collection of pinned butterflies.  The conjured atmosphere of this show calls upon the empty, somewhat disconcerting serenity of the massive church in which it exists. 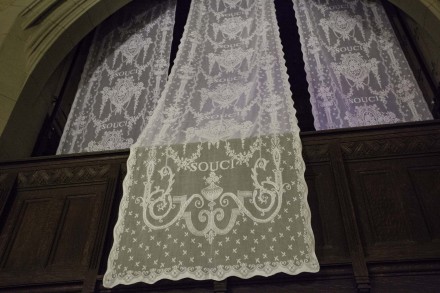 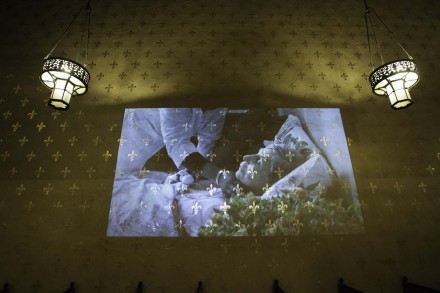 To fully experience the show, the viewer is required to explore the room and discover the various forms of media as it is incorporated into the space. Photographs and objects are tucked into corners, and books are left open on the pews, inside of which are copies of Sindler’s diary excerpts and old photographs.  It is a hunt and an exercise in observation to view every part of the work, and feels very much like walking around inside the mind of someone whose thoughts are scattered, monopolized by this emotional loss. 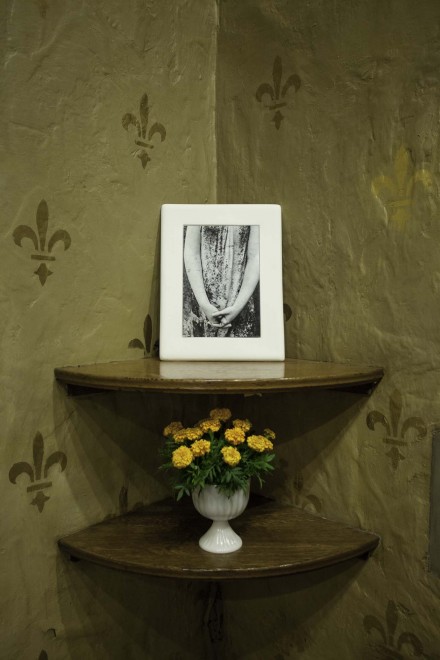 Rachel, Monique reflects the common experience of loss, in parallel with humanity’s often overwhelming inability to comprehend it. It sifts through the moments of a single life, and attempts to capture moments of a single death, in the hope that some greater conclusion or understanding can be reached. The work does not suggest a single answer, however, and instead offers only an ellipsis, which the viewers must follow for themselves in the ongoing pursuit of understanding mortality.

By once again taking the unique role of the visible observer, Calle explores the meaning of motherhood, the experience of loss, and the incomprehensible beauty of tragedy that is woven into the fabric of life. Rachel, Monique is on view now until June 25th at the Episcopal Church of the Heavenly Rest. 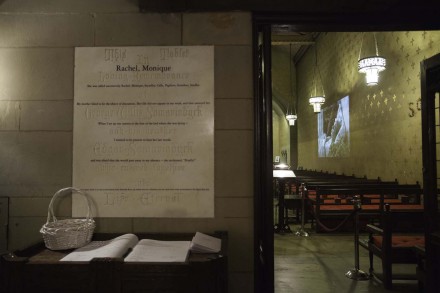 This entry was posted on Sunday, June 22nd, 2014 at 10:29 pm and is filed under Art News. You can follow any responses to this entry through the RSS 2.0 feed. You can leave a response, or trackback from your own site.