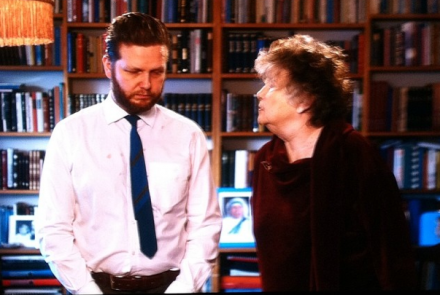 Ragnar Kjartansson, Me and My Mother (2010), via Art Observed

When The New Museum opened its doors for its spring season last month, curator Massimo Gioni noted subtle threads of comparison in the pieces on view.  Meant to be a concise yet meticulous look into a series of individual works or focuses from a disparate group of artists, the series of exhibitions currently on view play on a series of common threads, incorporating mixes of sound and music, documentary, performance and history from artists Camille Henrot, Hannah Sawtell, David Horvitz, Jeanine Oleson and Roberto Cuoghi, arranged in a way that perhaps makes best sense to address as a singular experience the artists’ works, shared themes, and interests. 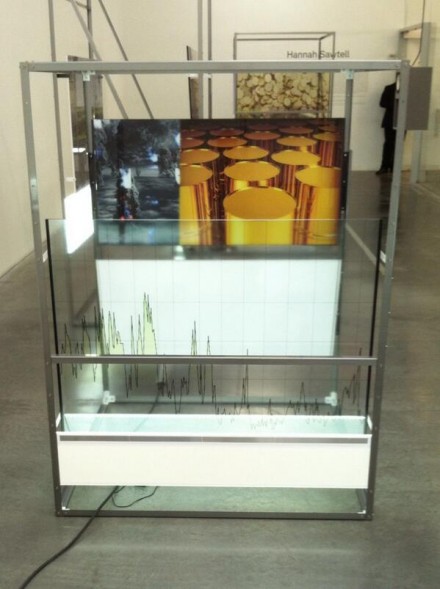 Upon entering the museum, visitors are greeted with a series of minimal steel structures, the subject matter of Hannah Sawtell’s Accumulators.  Soundtracked by a dull, hallucinatory buzzing tone, the pieces of plexiglass, steel frame and digital prints explore the imagery and symbolism of modernity.  Melting polar ice caps, cybernetics, globalized currency exchange and technological acceleration are all given their equal time, presented in a manner that explores the construction and presentation of the image itself, especially the digitally manipulated, even manufactured state of the contemporary mainstream icon. 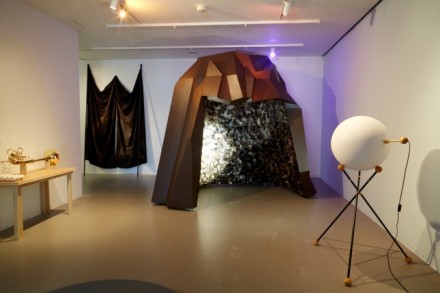 From the ground floor, it’s perhaps best to jump up to the top floors of the museum, where viewers can browse the accumulated pieces from Jeanine Oleson’s Hear, Here, an ongoing exhibition and production project that has resulted in a series of multi-disciplinary works from her residency at the New Museum, and which is currently being applied towards a video piece, experimental opera, and an archival practice to document her varying work structures. 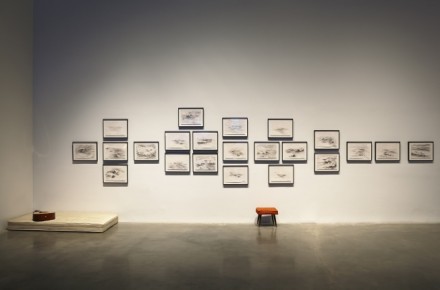 Ragnar Kjartansson, Me, My Mother, My Father, and I  (Installation View), via New Museum Photo: Benoit Pailey

The shows of the spring season continue in a moving spiral from the top floor, with Ragnar Kjartansson’s Me, My Mother, My Father, and I installed one floor below.  Featuring a combination of the artist’s past drawing and video works, the show focuses on one of Kjartansson’s favorite subjects: himself, and his own artistic practice as central to his family identity.  At the center of the exhibition is Take My By the Dishwasher, a beautifully flowing composition featuring a group of guitarists and singers, soundtracking a video clip from Morðsaga a film starring both of Kjartansson’s parents, and the film he was purportedly conceived during the shooting of.  Replaying the sex scene between his parents over and over again, Kjartansson’s humorous nod to his own conception is dramatically emphasized, lending a sense of grand mythos to the coarse behavior onscreen. 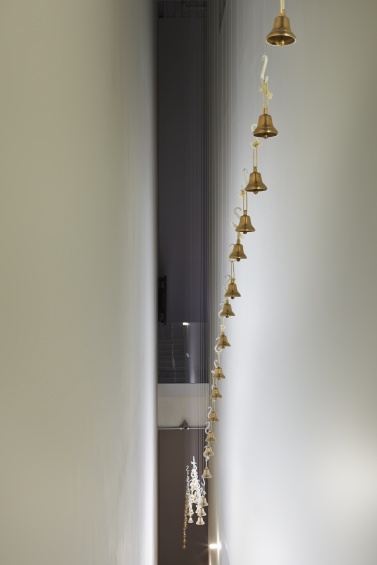 From there, the viewer passes down the stairs towards the third floor, pausing for a moment to view David Horvitz’s Gnomons, a minimal exhibition featuring a series of images and Let us keep our own noon, a performance piece in which 47 performers ring small bells throughout the museum as the sun passes directly over the building.  Shifting measurement and time back towards a localized framework, Horvitz points to the fragmentation of meaning and space in a globalized earth, and seeks to reunite personal meaning with common concepts of measurement and relation. 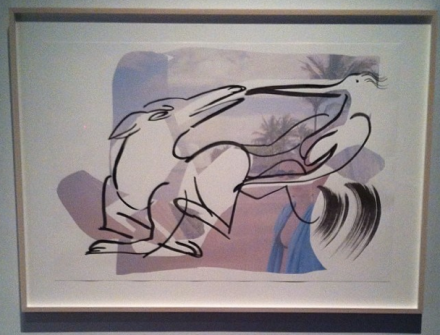 But the real surprise of the spring exhibitions is Roberto Cuoghi’s subtly hidden sound installation Šuillakku – corral version.  Buried behind black curtains on the third floor, the piece was often skipped over by inattentive visitors, but rewarded intrepid museum-goers with a shrouded, circular sound installation.  Entering into the pitch black room, Cuoghi’s 3-Dimensional composition using ancient handmade instruments (which the artist built himself), create a swirling, placeless moment of confusion.  The dense, booming nature of an almost alien music is equally uplifting and jarring, made all the more impressive by its secretive nature. 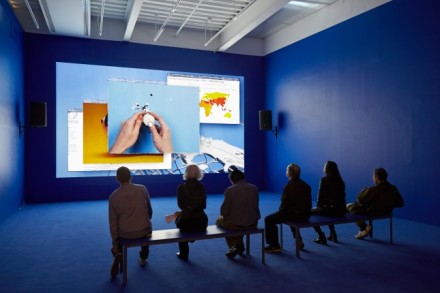 Finally, the museum concludes its current offering with the work of Camille Henrot.  Continuing an exploration of presentation and archival techniques, particularly in her work Grosse Fatigue, the 14-minute video work that ultimately earned her the Silver Lion at Venice last year for Best New Artist, Henrot explores the archive and its state in human culture.  Compiling imagery from her own desktop, as well as footage from the Smithsonian Institution in Washington, D.C., Henrot emphasizes an intriguingly human case for the preservation, of animals and artifacts, humans and objects alike, and delves in equal measure into the connections of human and knowledge that ultimately dictates the space of the Smithsonian itself.  A fascinating and dizzying work,Grosse Fatigue offers a fitting counterpoint to the rest of her pieces, balancing bureaucratic paperwork, human signifiers and natural materials into a space between human and nature,while never making the case for an explicit separation between the two. 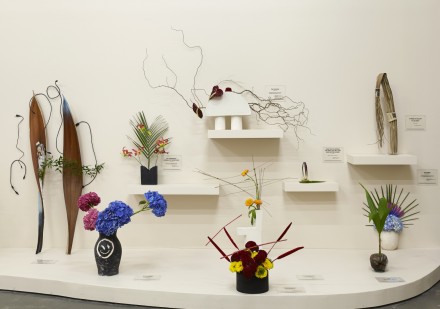 The flowing, shifting sound and ritualistic practice of the assembled works makes for a cohesive presentation at the New Museum, one that works well as a single exhibition or as a series of projects, and which brings the viewer into a state of near constant encounter with the floor-by-floor nature of the building’s spacious construction. 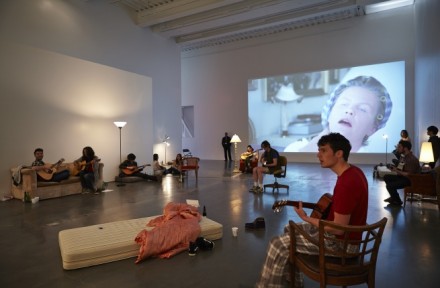 This entry was posted on Tuesday, June 24th, 2014 at 12:00 am and is filed under Art News. You can follow any responses to this entry through the RSS 2.0 feed. You can leave a response, or trackback from your own site.