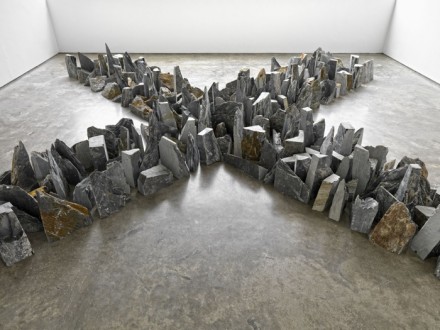 Richard Long’s first solo exhibition at Lisson Gallery in over three decades brings together photographs, text, and natural elements as records of his walks in England, Switzerland, and Antarctica. Working in conjunction with the materials and forces that make up his surroundings, Long brings the fruits of his lone experiences in nature to the imaginations of a gallery audience. Long made his reputation in the 1970s with his sculptures born of days-long walks to remote locations, acting as bridges between natural design and human creation. His present exhibition reveals his persistence in investigating the themes that run through his lifelong body of work. 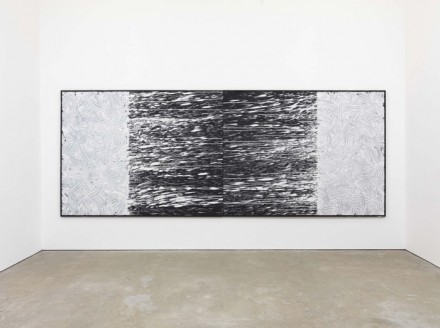 Long often brings raw materials gathered on his walks to the gallery and arranges them in patterns on the floor. Four Ways, for instance, consists of standing stones of slate collected from Delabole, a village in Cornwall. Long’s placement of the stones in two straight perpendicular lines reflects the natural flatness of the sides of slate, but there is tension between this orderliness and the stone’s jagged inconsistencies in shape and the almost paint-like variations in color. Two other pieces in the gallery are large paintings made with white Cornish clay slurry and Avon River mud. The formation of these two untitled diptychs relies on Long’s hand acting in concert with gravity and the viscosity of the mud. 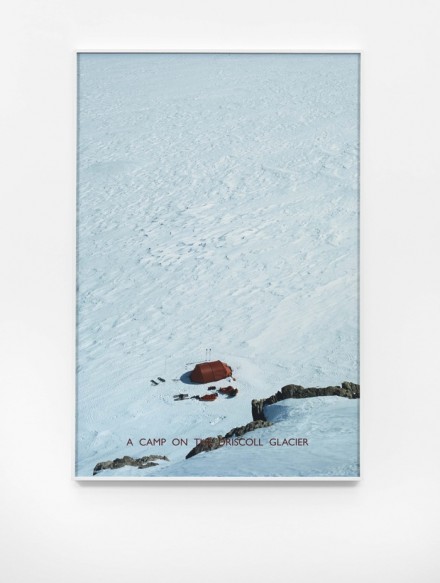 Richard Long, A Camp on the Driscoll Glacier (2012)

In addition to displaying the raw materials encountered on his journeys, Long brings the scenery of his walks to the gallery in a series of photographic and textual pieces. Antarctica is extreme in its remoteness and landscape, making it ideal for Long’s exploration of solitude in natural settings. One photograph, A Camp on the Driscoll Glacier, depicts Long’s red tent settled on a vast expanse of snow, viewed from atop a rock formation. Stark against the blue-white background, the tent is solitary, temporary, and indicative of a brief pause in a longer journey. Antarctic Footprint is a view of snow softening a rocky landscape, the tops of rock formations peeking out in the background. At the bottom left corner, a compass of 16 ten-letter words radiating out in a circular formation tell a story, alternately scientific and personal: VISIBILITY PREHISTORY OBSESSIONS WINDSHADOW MYTHMAKING. The environment has a direct impact on a person’s state of mind, and Long’s condensed narrative speaks to the nature of existence in such a remote location, contending with weather that can rapidly turn from peaceful to dangerous. 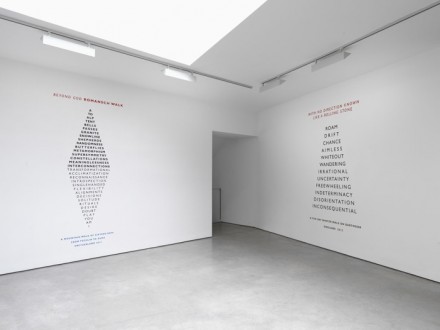 Text is not only a part of Long’s photographs, but also makes up a number of individual works printed on the walls of the gallery. Beyond God Romansch Walk embodies Long walking in the mountains for 16 days from Tschlin to Zuoz in Switzerland. The words in this piece are selected to build a diamond shape with length steadily increasing, then decreasing. Whether working with raw materials, photographs, or text, patterns such as this stand at the forefront of Long’s work. The bolded words comprising the top half of the diamond are observational and external—GRANITE SHEPHERDS BUTTERFLIES—while the lower half appears faded in contrast and turns the view inward—ACCLIMITAZION DESIRE DOUBT. The shape calls to mind an ascent and descent, a reflection of a mountain the water; the words connect the physicality of the journey to man’s inner existence. One is a reflection of the other. These brief text pieces condense all the energy and time of Long’s walks into a single frame, but the words can open more possibilities in a viewer’s mind than a photograph. 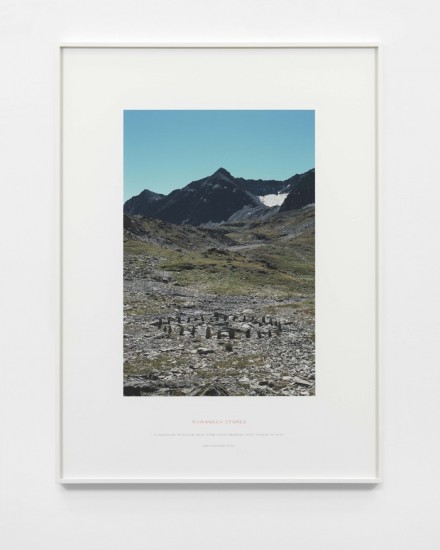 Through his photographs, descriptions, and retrieved raw materials, Long’s work provides insight, through the lens of his work, into uninhabited locations that many viewers will never witness themselves. In a recent interview with the Financial Times, Long said of his work, “When I am in such a place, with my energy, in a beautiful place that has beautiful stones and I can make a circle and it’s beautiful and I can take the photograph home to show other people. I have celebrated me being in that wonderful place. So it’s a coming together of many different things, all very positive. But I have to put myself in these places. With all the artistic baggage from my whole life of being an artist, in my head, in that place.” 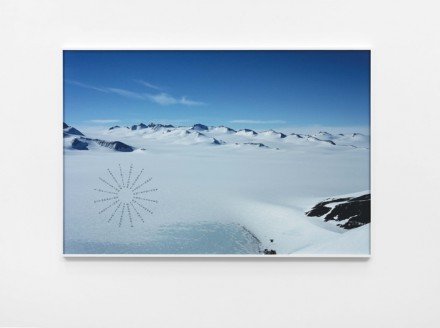 This entry was posted on Monday, July 7th, 2014 at 12:00 am and is filed under Art News. You can follow any responses to this entry through the RSS 2.0 feed. You can leave a response, or trackback from your own site.