New York – Ai Weiwei: “According to What?” at the Brooklyn Museum Through August 10th, 2014 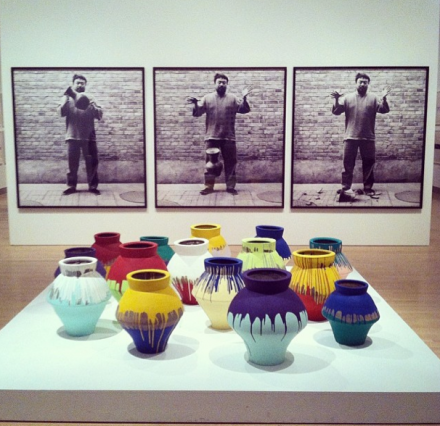 Chinese artist and dissident Ai Weiwei’s 2012 survey exhibition “According to What?” has made its way to the Brooklyn Museum after showings at the Mori Art Museum in Tokyo, the Hirshhorn Museum in Washington D.C. and the Perez Art Museum in Miami. This blockbuster show is the artist’s first major international retrospective, and one which aims to bring together his ideals about life and art, which inescapably lead him to reflect on the nature of contemporary, and especially Chinese, politics. A balance that is often so hard to achieve through aesthetic means, the exhibition reveals Ai’s poignant installation work, which allows the viewer a rare experience into his world. The Brooklyn Museum show is enhanced by two installation pieces completed in 2013: S.A.C.R.E.D., exhibited at the Venice Biennale last year, and Ye Haiyan’s Belongings, a new piece installed specially in New York. 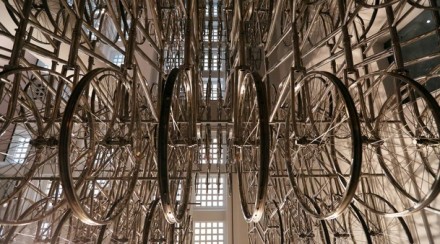 Weiwei is one of the art world’s notorious provocateurs, working in several mediums to create objects in service of his activist impulses, while raising awareness of certain political and cultural situations that affect present day China. Over the last several years, his work has caused him great trouble with Chinese powers, to the point of his renowned 81-day incarceration. S.A.C.R.E.D. represents exactly this – an experiential installation into Weiwei’s detention. It is composed of six iron boxes, each with a shut door and small steps allowing a look inside from above. Each box contains a small, sparsely furnished cell resembling the one Weiwei had in prison, and features painted fiberglass sculptures of the artist as he eats, sleeps, showers and uses the toiler, accompanied at all times by a pair of guards.  The work touches on confinement and privacy, turning the artist’s harrowing experience outward, while remaining ensconced in a private, miniature state. The viewer experiences this immediately and empathizes with the artist’s moment of oppression. 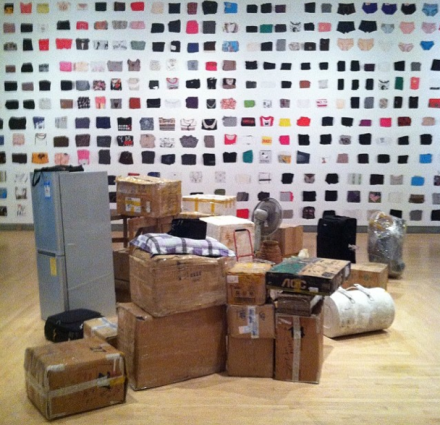 The other work unique to this showing of According to What? is Ye Haiyan’s Belongings, an installation that comprises the possessions of an activists fighting for women’s rights and AIDS awareness.  Due to her activism, she and her family were evicted from their home, her personal affects scattered in the street.  On July 6, 2013, secret police went to Ye’s home and forced her and her family to pack their belongings, before forcing them into exile. Weiwei’s installation reconstructs Ye’s belongings after they were taken from her.  The four walls of the gallery are covered from floor to ceiling with the images of Ye and her daughter, and are paired with rice, clothes, teapots and rice bowls. The installation is at once sweet and sad – a portrayal of the genuine desire to fight for the greater good, and the tragic consequences when such lives are so tragically defeated.  In a room nearby is the film Stay Home (2013) which tells the story of 10-year-old Liu Ximei. After she suffered a serious injury while working in the fields, she was accidentally given a transfusion of HIV-contaminated blood.  In the face of Chinese assertions of global superpower, Weiwei brings a striking reminder of the subpar medical treatment many receive in smaller cities around the nation. 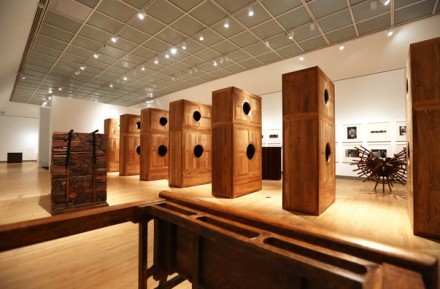 The show also reveals Weiwei’s well-know blend of architectural scale, and sculptural conceptualism, paired with a his own blend of irreverent humor through a selection of earlier works. These appear largely in the first gallery, which reveals the artist’s more traditional notions of the ready-made: one of his most popular elements.  The space includes antique sculptures and furniture made from sumptuous wood, and objects that were taken from old houses and temples.  This is Weiwei at his strongest, constantly providing his opinion regarding the past and present state of the world around him through art that borders upon the everyday and the spectacular. 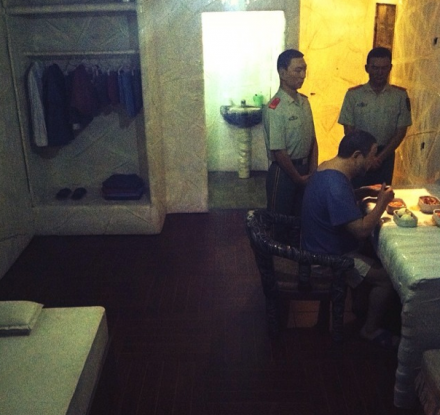 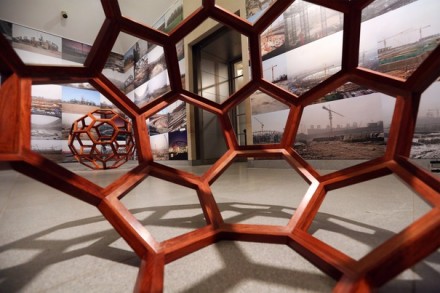 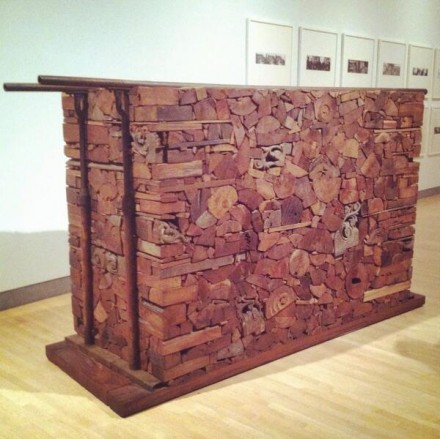 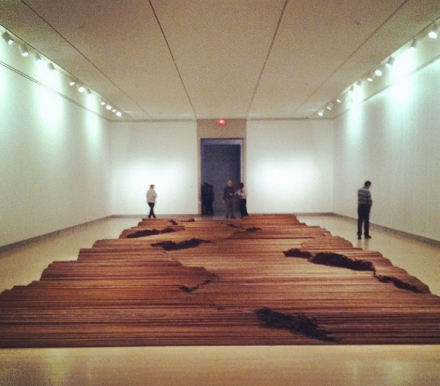 This entry was posted on Sunday, August 10th, 2014 at 8:44 pm and is filed under Art News. You can follow any responses to this entry through the RSS 2.0 feed. You can leave a response, or trackback from your own site.