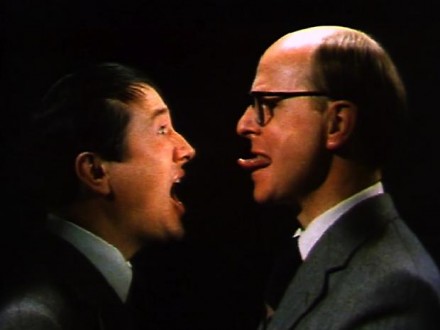 On view at Lehmann Maupin New York is a group of films and “Living Sculptures” by the 1986 Turner Prize winners Gilbert & George. The exhibition is the artists’ fifth show with Lehmann Maupin, and represents a transitional link between their early pieces and their later, better known large-scale works. 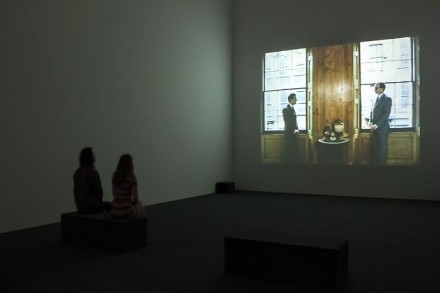 The artists are best known for the highly formal appearance of their artwork, as well as for their brightly colored graphic-style photographic works. The two artists met in 1967 while studying sculpture at Saint Martin’s School of Art, as a result of George being the only person who could understand Gilbert’s elementary level English (his native language being Ladin, spoken in northern Italy).  In 2005, they represented the UK at the Venice Biennale, and in 2007, they were the subject of the largest ever retrospective held at Tate Modern. In 2007, they were granted the South Bank Award, and since 2008 they have been awarded Honorary Doctorates by four universities. 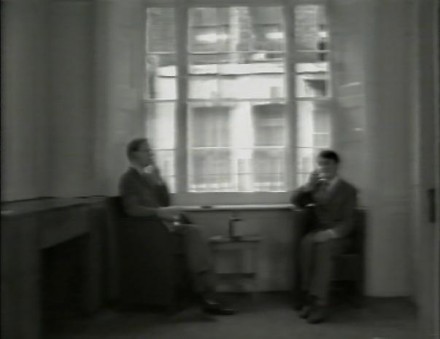 The display starts with three black and white “sculptures” on made on video tape and displayed on monitors, entitled IN THE BUSH (1972), GORDON’S MAKES US DRUNK (1972), and A PORTRAIT OF THE ARTISTS AS YOUNG MEN (1972). At the time of their creation, video was a new format, and the works represent the artist’s embracing of the technology as well as a maior shift in their style of working. In the videos, the artists enact a series of repetitive movements, becoming living sculptures themselves. 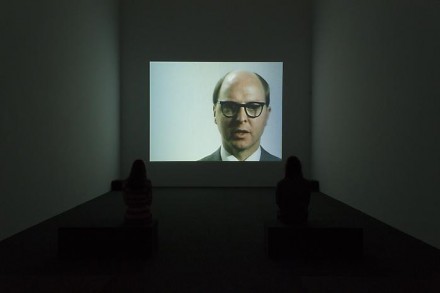 Additionally on view is their 1981 feature-length film THE WORLD OF GILBERT & GEORGE: THE SINGING SCULPTURE, (written and directed by the artists), projected on a large screen in the main room of the gallery. The film was entirely controlled by the two artists, and employed director Philip Haas, with whom they collaborated on nearly every minute detail to address issues of nationality, individuality, class tensions, religion, politics, and death. It serves as a precursor to their later documentaries about their own life and art. 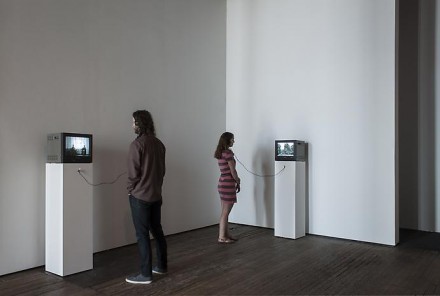 Throughout, the pair’s works continually address their own working concepts, as well as their personal relationship.  They married in 2008, and are often seen together on walks through East London.  Throughout, the presentation of their domestic relationship, often presented in frank, humorous terms, equally takes on overtly political undertones, expressing their own relationship as a subtle yet tacit aspect of their practice.  In equal parts a fitting historical survey and an expansion of the artist’s ongoing professional and private relationships, the exhibition is a striking selection for Lehmann Maupin this summer.

The exhibition will remain on view through August 8, 2014. 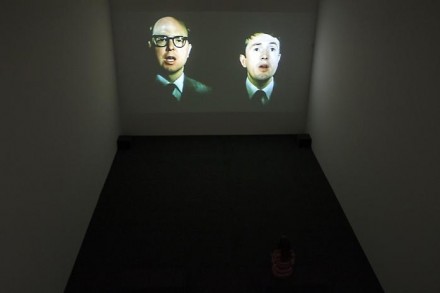 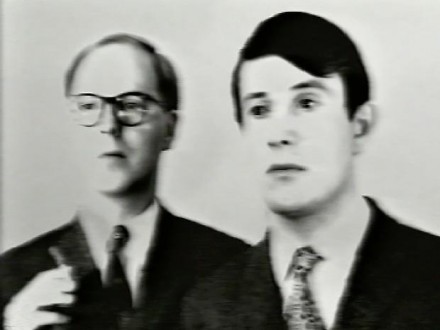 This entry was posted on Saturday, August 2nd, 2014 at 12:00 am and is filed under Art News. You can follow any responses to this entry through the RSS 2.0 feed. You can leave a response, or trackback from your own site.