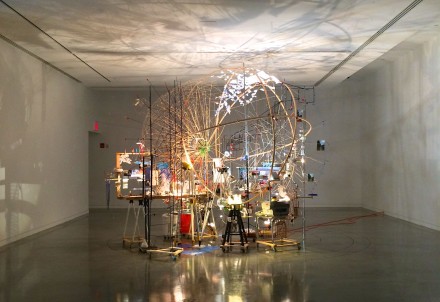 Just over a year ago, Sarah Sze brought her eye-catching assemblages to Italy as the U.S. representative to the 2013 Venice Biennale.  Puzzle-like contraptions snaked in and around the building façade, even allowing and supporting a huge boulder to balance on top of the pavilion’s roof.  A myriad of fake rocks, water bottles and other miscellaneous objects were scattered across the space, offering only a small taste of the deceptively hazardous mess that awaited visitors inside. It was widely praised  as a stand out work, and brought Sze to a new level in her artistic recognition. 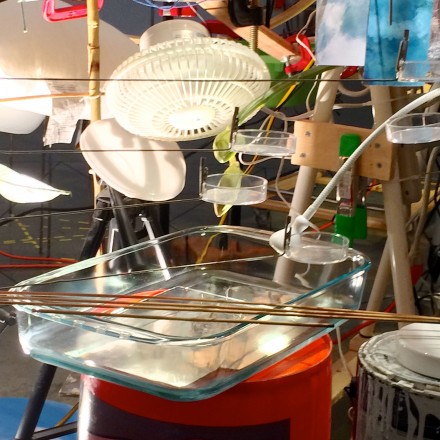 Now, Sze is bringing one of her works, a piece that occupied a full room of the pavilion, back home, installing Triple Point (Planetarium) (2013)  at The Bronx Museum of the Arts, the institution responsible for organizing the U.S. pavilion.  Taken out of context from Sze’s other complicated works, Triple Point (Planetarium) manages to stand alone, taking up space at the end of a long, dark room in the museum. The lights within the work, and their interactions with the assembled pieces come together in a harmonious glow, radiating throughout the space.  In conjunction with the spherical shape of the piece, the resulting presentation resembles a planet sustaining itself as it drifts through space. 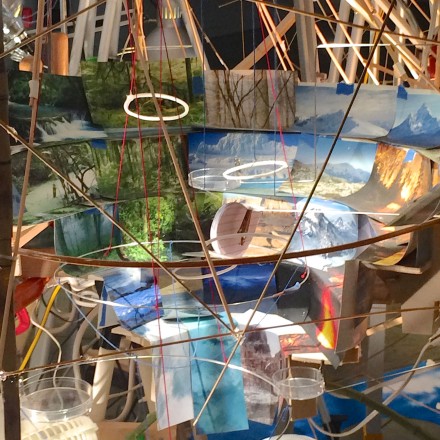 For the Venice Biennale, Sze said her overall exhibition was about “orientation and disorientation,” and placed here, one can see how these two elements act in opposition and conjunction, commanding a certain shock value in the mundane materials and household objects that take up pivotal roles in their environment.  But the installation work is held together, and even unified by simple, inflexible parameters. For example, the piece’s location is set and demarcated by the circular design on the floor that it sits upon, and which ultimately demands a certain credence by the rest of work’s design. 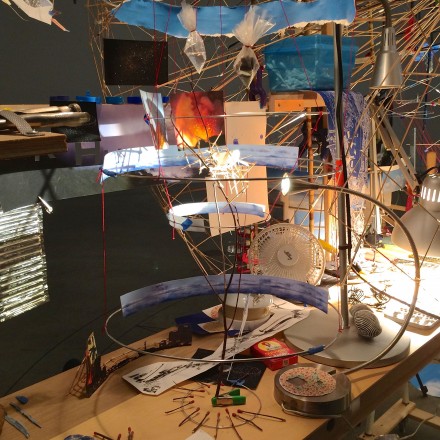 Like most of Sze’s creations, Triple Point (Planetarium) looks as if it was produced through a certain fanatical obsession, but the work also relies on the aforementioned architectural principles to unite materials of wood, steel, stone, string, paper, plants, and more into her final environment. The exterior looks crazed and chaotic, but in detail Sze has arranged her objects into a very specific, rationalized order. Regardless, her choices are clearly not random, and leave her fantasy-like environment open to interpretation and narration for the public. 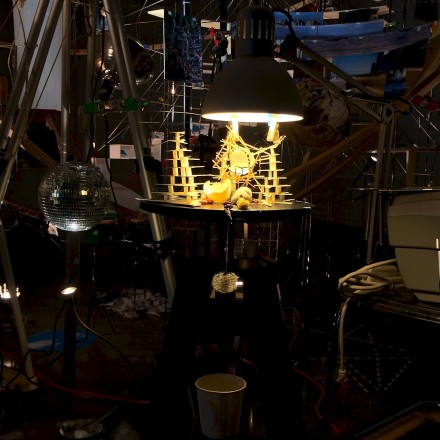 There were initial concerns if Sarah Sze’s site-specific piece would be successful when taken out of the environment it was created for, but the work seems to have finished strong.  Sarah Sze’s Triple Point (Planetarium) will be on view at The Bronx Museum of the Arts through August 24th. 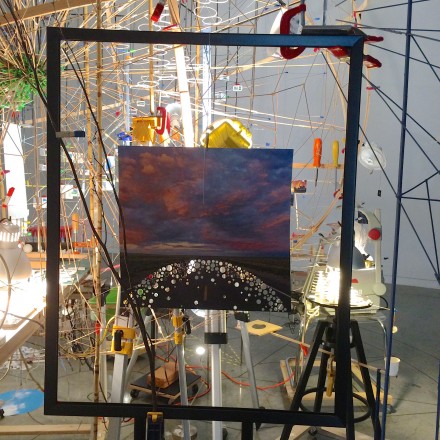 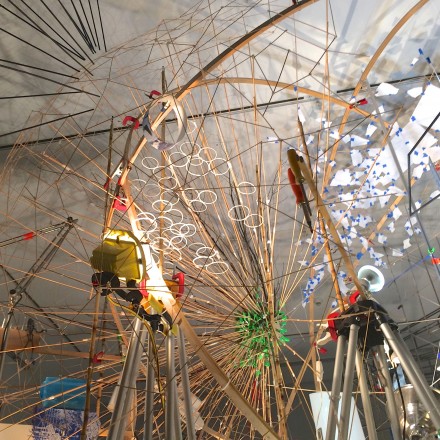 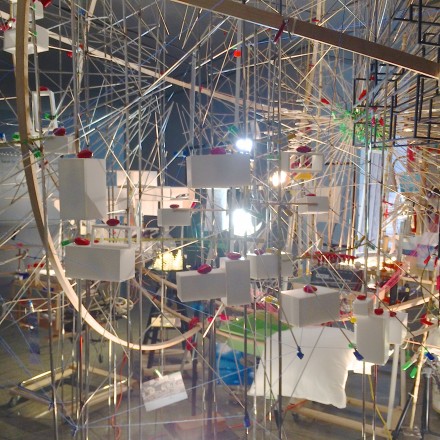 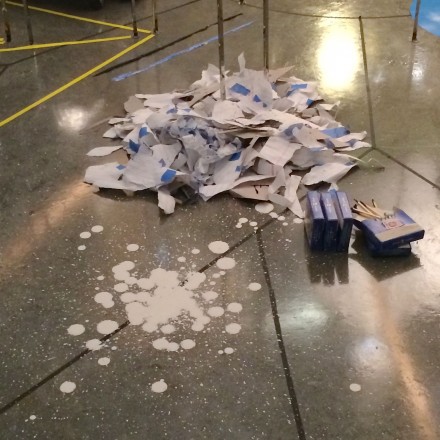 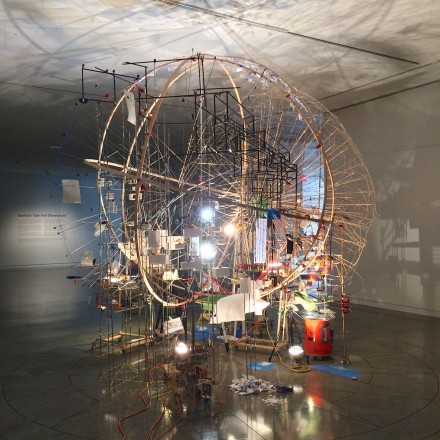 This entry was posted on Saturday, August 16th, 2014 at 12:00 am and is filed under Art News. You can follow any responses to this entry through the RSS 2.0 feed. You can leave a response, or trackback from your own site.