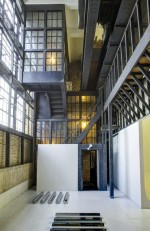 The Real Deal reports that collector Peter Brant has recently purchased a large property in Manhattan’s East Village for $27 million. The space was originally a Con Edison substation in the 1920s before being purchased in 1980 and repurposed by artist Walter de Maria as both an art space and private home. Although Brant’s plans remain unclear, the article speculates that the space might serve as the New York City outpost for the Brant Foundation’s Art Study Center, which is based in Greenwich, CT.

Read more at The Real Deal

This entry was posted on Wednesday, August 13th, 2014 at 1:46 pm and is filed under Art News. You can follow any responses to this entry through the RSS 2.0 feed. You can leave a response, or trackback from your own site.