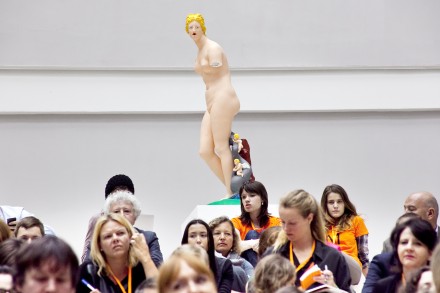 Despite a steady stream of critiques, criticism and outright protest over the current political climate in Russia, Manifesta 10, one of Europe’s leading contemporary art biennials, has pressed on.  The exhibition, which opened late last month, has made much of its presence in Russia, presenting an exhibition that addresses its own political background while using it as a spring board to broader issues. 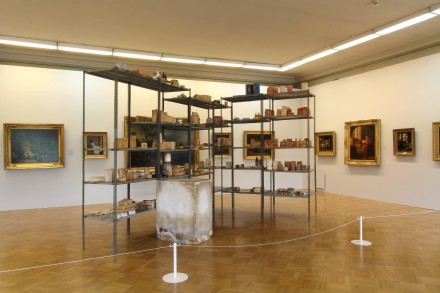 The art world has been watching the unfolding of Manifesta shrewdly this year, as Putin’s ongoing political moves against homosexuality have left many artists and curators with raised hackles.  Calls for an outright boycott of the event, or of conscientious protest have dotted the news over the past few months, leading many to wonder how the event would be finally executed.  The path taken seems to tacitly address Russia’s current political movements, using the biennial platform to open occasionally subtle, more often trenchant challenges to the current power regime, addressing Russia’s turbulent political history in parallel with its cultural richness. 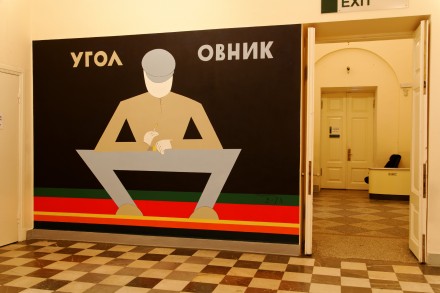 In fact, curator Kasper König makes explicit reference to the current Russian state in his fair documentation, and makes it a point to challenge the assumption that the art world should withdraw from a fraught political environment.  In fact, it’s here that perhaps the most trenchant critique 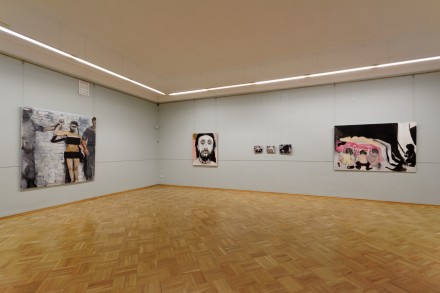 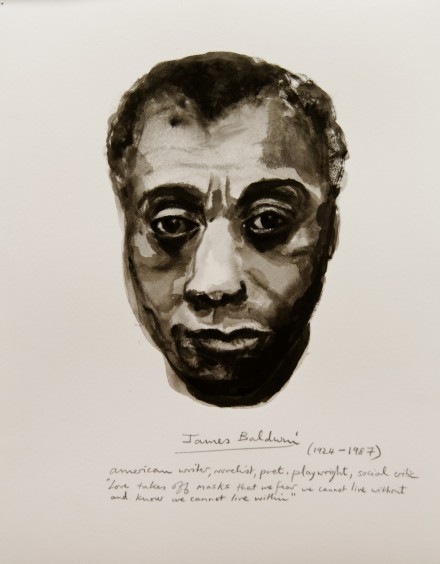 Of particular attention are the works outwardly criticizing the persecution and political blacklisting of homosexuals in Russia, most notably Marlene Dumas’s Great Men, a series of portraits and text works that mirror the current political moment in Russia by recalling the persecution of other gay intellectuals, among them writer James Baldwin, choreographers Rudolf Nureyev and Vaslav Nijinsky, and mathematician Alan Turing.  Depicting these individuals and their achievements in the face of outright political oppression, Dumas makes explicit the potential intellectual loss Russia stands to face as a result of its current policies, and the human consequences.  Similarly, artworks like Louis Bourgeois’s The Institute make simple systems into sites of power manipulation, using mirrors and fencing to create a bizarrely oppressive, visual subversion, where the viewer is always aware of the space in which they have lost control. 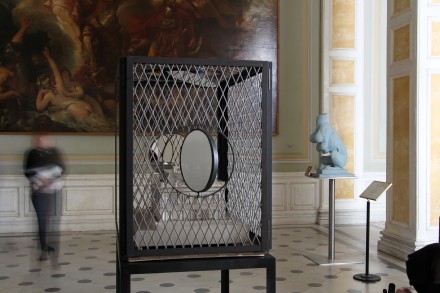 What’s more, the layout of the fair does a remarkable job of addressing both the physical exhibition space and the context of state power that has to a certain degree cast a shadow on the opening of the exhibition.  These works welcome subtle critiques of entrenched power and space, such as Thomas Hirschhorn, whose Abschlag turns the renovated galleries in the General Staff building back into a space of conflict and chaos.  Taking a former exterior wall and rendering it into a pile of rubble, Hirschhorn challenges the elevated space of art, and positions a set of Russian masters within the rubble, underscoring their fragile place on the other side of a catastrophic violence to the institution.  Even with a violent destruction of the Hermitage’s physical space, the works remain just out of reach.  Other works embrace a more nuanced, physical and historical engagement with the space of the Hermitage.  Gerhard Richter’s classic photorealist Emma is placed snugly between two classic Greek columns in one room, making a bizarre tie to the Hermitage’s long history, and the work’s own ties to Duchamp’s original Nude Descending a Staircase. 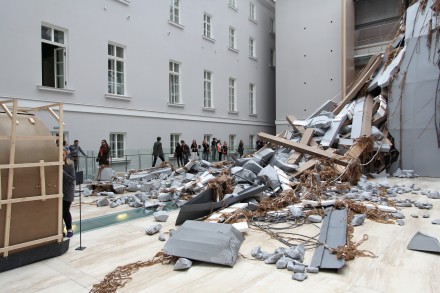 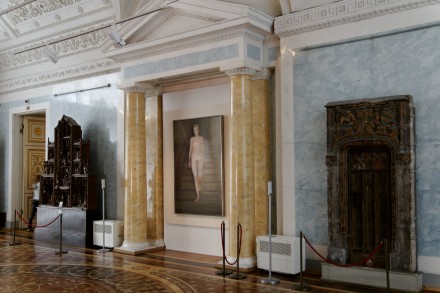 It’s an extremely noteworthy point that the show has succeeded in such definite terms, bringing a nuanced critique of contemporary politics and events to such a prominent stage, even in the face of some institutional censorship by the Russian state.  With the amount of funding and attention lavished on the event, König’s exhibition provides a series of strategies for institutional examination within a bounded state hierarchy, one that makes explicit the human element as much as the theoretical.

This entry was posted on Tuesday, August 26th, 2014 at 12:00 am and is filed under Art News. You can follow any responses to this entry through the RSS 2.0 feed. You can leave a response, or trackback from your own site.