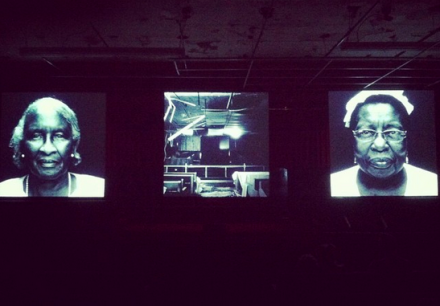 Founded in 1838, the Brooklyn community of Weeksville was a landmark moment in the history of African-American self-determination.    Just 11 years after the abolition of slavery in New York, Weeksville was founded by free Black landowners, a venture that grew to over 500 households and earned its citizens the right to vote.  As a social project, Weeksville’s impact is vastly significant, allowing a supportive, radical structure for its citizens to define and build their own system of economic and cultural stability.  Weeksville’s powerful history that sits at the center of Creative Time’s newest project, Funk, God, Jazz & Medicine, a series of collaborative on-site projects and initiatives incorporating the communal, radical mission of Weeksville and examining its presence in the contemporary landscape of Central Brooklyn. 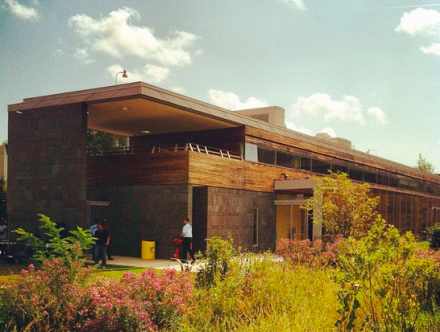 Over the past two years, Creative Time has worked closely with the Weeksville Heritage Center, creating a small but compelling series of community-based projects in eastern Crown Heights and Bed-Stuy.  Each installation bears a studious commitment to the space it inhabits, while always looking out towards the broader community.  This is perhaps best embodied by Otabenga Jones and Associates‘ OJ Radio, a public radio station broadcasting from the corner of Utica Avenue and Fulton Street.  At its center is a modified tail section from a pink Cadillac, loaded with speakers and a backseat that doubles as an interview bench.  Mixing live music and community dialogues, the work is public in almost any sense of the word, centering its discourse in real space while making its programming available to anyone with an internet connection around the globe. 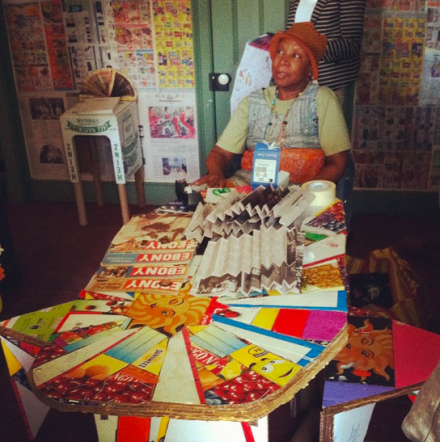 Similarly, artist Xenobia Bailey’s project, on view at the WHC, was created in collaboration with local high school students, inviting them to consider their own narratives of self-determination in creating unique pieces of homemade furniture.  Creating the story of a contemporary couple of culturally diverse designers, the students’ tables, chairs and other pieces charged with an inventive, colorful aesthetic, which Bailey emphasizes as a way of creating broader notions of creativity and arts in the community, while charging the project with a vital, utilitarian edge. 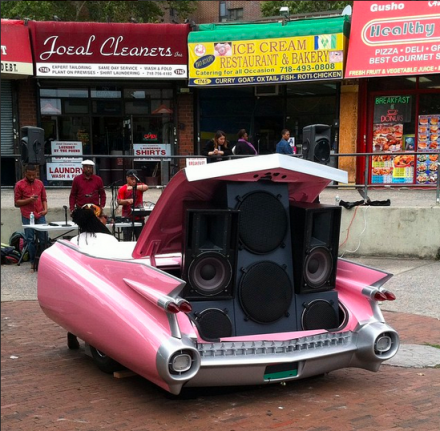 Other works actively address the history and social significance of Weeksville through a more direct tie to its history and location.  Artist Bradford Young, whose video installation Bynum Cutler in installed at Bethel Tabernacle AME Church (currently under renovation), addresses the varying landscapes of Weeksville, from the faces of elderly women, to the hulking transportation projects running along Atlantic Avenue, to the bucolic anachronisms of the Weeksville homes and the detritus of the Church itself.  What appears is a  a nuanced perspective on the layered histories of the area, played off against the faces of those who have watched decades of change underway in Brooklyn.  Several blocks north, artist Simone Leigh has taken over the site of the Stuyvesant Mansion, formerly the home of the nation’s first African-American OB-GYN.  Taking this history of a community-focused approach to African-American health and wellness, Leigh has renamed the space temporarily as the Free People’s Medical Clinic, offering on-site medical consultations, health classes and other educational initiatives that invite the same spirit of public health advocacy with a distinctively local bent. 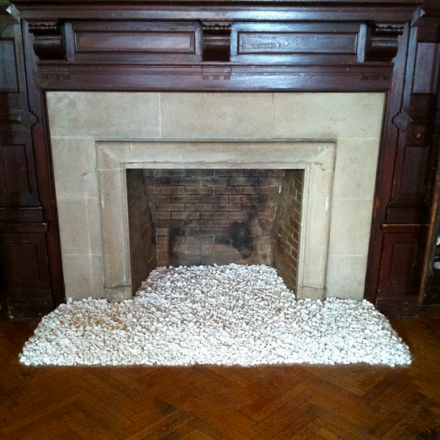 The sense of self-determination on view at Weeksville makes the work on view so remarkable, and which makes the project of Creative Time and its partners so revolutionary.  Rather than merely addressing the static histories of these spaces and their long ties to the Crown Heights and Bed-Stuy communities, the artists involved offer new spaces for active social involvement and grassroots change.  Real benefits are conveyed through the project, be it health consultations, socially-centered organization or education in functional industrial design, and the act of exhibition is always bound up in its site of origin.  It’s this carefully considered approach that makes the exhibition so vital, and once again confirms Creative Time’s singular role in furthering the social practice of art in a public format. 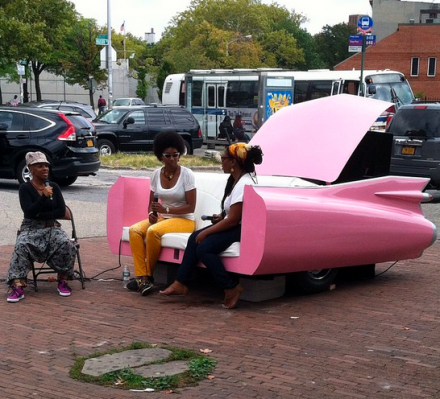 This entry was posted on Wednesday, September 24th, 2014 at 12:00 am and is filed under Art News. You can follow any responses to this entry through the RSS 2.0 feed. You can leave a response, or trackback from your own site.