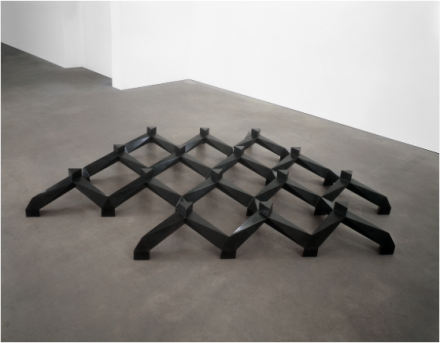 On view at Timothy Taylor Gallery is artist Tony Smith’s first solo exhibition in the UK.  The American artist and architect was a driving force in post-war art, anticipating the rise of minimalism while working alongside Jackson Pollock, Barnet Newman, and Mark Rothko. 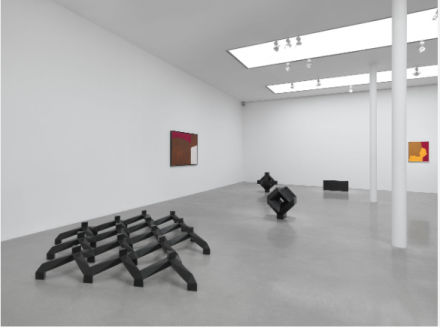 Smith’s impact on the forms and formats of contemporary art are considerable, from his initial interest in minimalist forms and and elegant, stripped down composition, to his ready embrace of pre-manufactured objects and mass-production techniques, which were cited as a major influence among the “slacker” mentality of the Young British Artists.  This exhibition re-examines Smith’s early paintings and bronze-cast cardboard and wood sculptures. 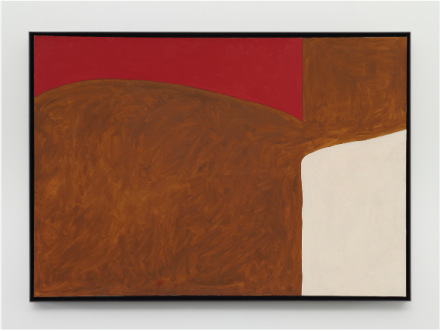 The sculptures’ forms refer to chemical molecules or multi-legged insects, balancing mass and surface area to explore the ready impulses of the human brain towards patterns and pattern-making.  To Smith, the mathematical takes precedence throughout much of his work, exploring economies of scale and creativity that take joy in elegant simplicity.  The paintings on view, which were created before his sculptures, also approach concepts of balance and equilibrium.  Similar to the sculptural works, they were created by instinctually arranging form in space, with vibrant, active colors that the later sculptures eventually abandoned. Despite roughshod brushstrokes and uneven lines, the bright contrasts make much of the geometric forms and spatial separation that define Smith’s paintings, much akin to the color field painting of his peers. 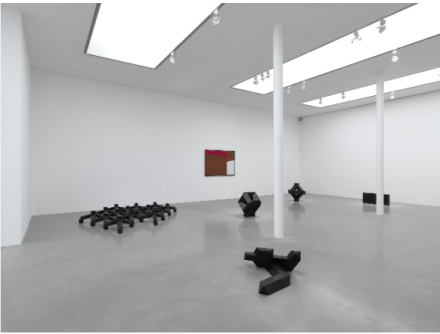 Smith lived from 1912 to 1980, and is best known for participating in the seminal 1966 show at the Jewish Museum in New York entitled Primary Structures. Smith’s 1958 sculpture Die, a 6’ steel cube established his reputation as one of the most important artists of the time. Smoke (1967) was featured along with Smith himself on the October 13, 1967 cover of Time, and one of Smith’s final architectural projects was an unrealized plan for a church that was to have stained-glass panels designed with his close friend Jackson Pollock. Smith was also included in a Guggenheim Internatinal Exhibition, New York (1967); the Venice Biennale (1968); documenta 4, Kassel, Germany (1968); Whitney Annual (1966, 1970, 1971) and Whitney Biennial (1973). 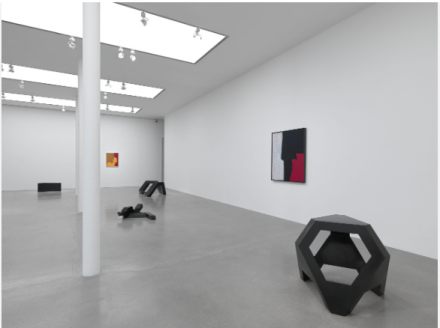 In this context, Smith’s sculptures take on a more concrete mode of genesis, sited as an extension of Smith’s interest in geometry and repetition, underscoring how the artist moved from his more conventional painted works to his landmark sculptural innovations.

The current exhibition at Timothy Taylor Gallery opened on September 3rd and will remain on view through October 4, 2014. 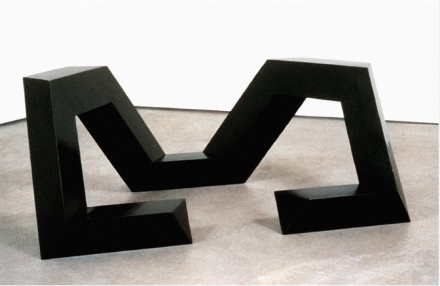 This entry was posted on Thursday, September 25th, 2014 at 12:00 am and is filed under Art News. You can follow any responses to this entry through the RSS 2.0 feed. You can leave a response, or trackback from your own site.