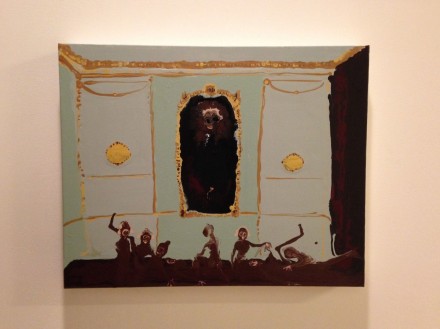 Genieve Figgis, Our First Party (2014), All images via Osman Can Yerebakan for Art Observed.

Following her American debut at Harper’s Books in East Hampton this past summer, Genieve Figgis moves to the Upper East Side for her first New York City show at Half Gallery. One of the recent rising stars of the art world, the Dublin native received major international attention with her unearthly depictions of aristocracy’s heydays, maneuvering between an impressionistic figurativeness and bold abstraction. In Good Morning, Midnight, the artist continues her ambitiously exhilarated portrayals of joyous escapism. 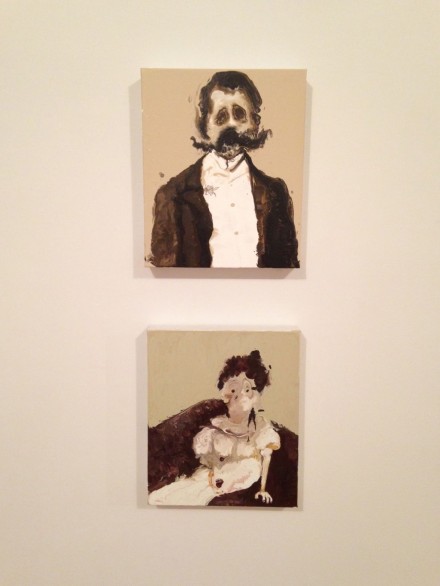 Figgis, whose style can be compared to contemporaries Adrian Ghenie or George Condo, conjures a particular reliance on and subversion of classic painterly formats by pioneers Francis Bacon to Jean-Henoré Fragonard, the latter being gloriously reminisced in The Swing after Fragonard.  The scene is the same in all its bucolic, baroque glory, yet Figgis’ treatment of her figures renders their poses and movements as blurry and violent, giving a certain unstable nature. 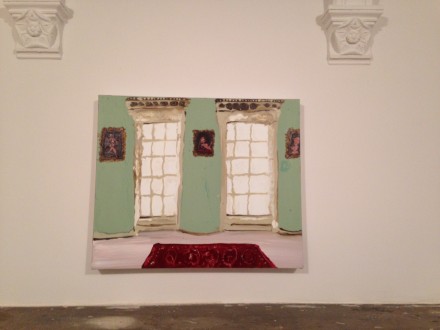 Going back to the theatrical and exaggerated visuals of European aristocracy, Figgis tears apart her figures as they struggle to retain their human forms against her fierce brushstrokes.  The artist distorts all the figurative power the elegant ladies and well-dressed gentlemen carry, blending them into a turbulence of complex abstraction.  Long rides on horse backs or brief intimate encounters evolve into boisterous banquets of potent colors and unrecognizable narratives. 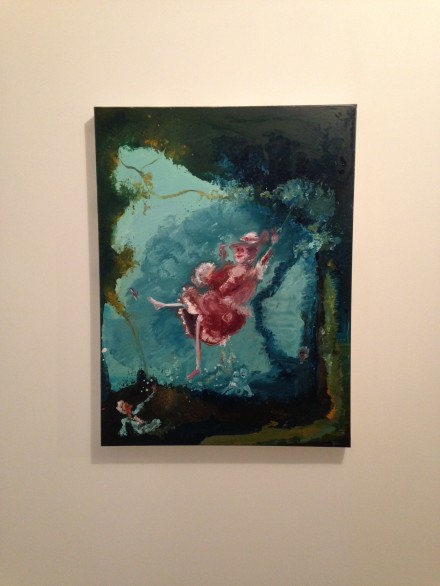 Genieve Figgis, The Swing after Fragonard (2014)

As Figgis’ models depart from the realm of wholeness in presence, they transcend into a stage of subconscious where physicality loses its cruciality. A disfigured man, possibly Marcel Proust, in the work Mustache, gains a substance independent from its subject matter, yet maintaining a slight tie to his own corporeality. Interiors melt into phantasmagorical landscapes, and leave the viewers struck by the intangible state of their nature.  In others, members of an unfamiliar cult or an eerie gathering struggle to stand together with their ghostly expressions and foreign demeanors in Where we are now, creating a disturbing surface made the more unnerving by the indeterminacy of its background.

Genieve Figgis: Good Morning, Midnight is on view at Half Gallery through October 25, 2014. 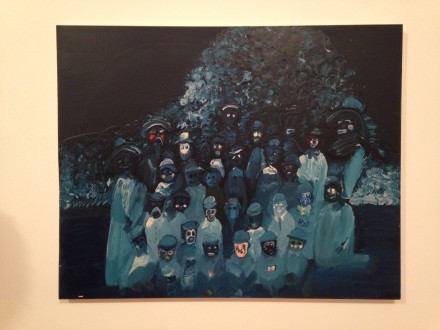 This entry was posted on Wednesday, October 22nd, 2014 at 12:00 am and is filed under Art News. You can follow any responses to this entry through the RSS 2.0 feed. You can leave a response, or trackback from your own site.