New York — Jonathan Monk: “I went to school with someone called Jonathon Monk” at Casey Kaplan Through October 18th, 2014 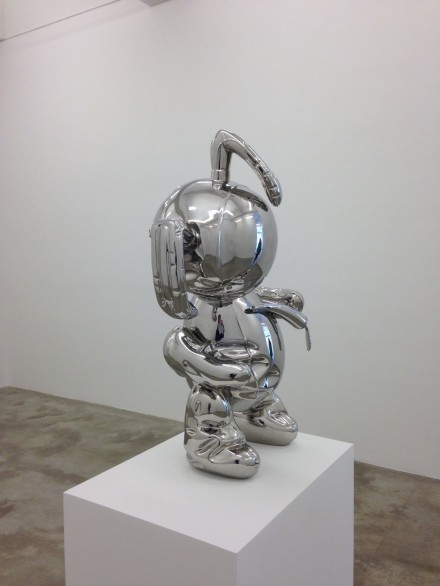 Jonathan Monk, A Copy of Deflated Sculpture No. 1 (2009-2014), all photos via Osman Yerebakan for Art Observed

Appropriating the works of the lead players of Conceptual and Minimal art with an allusive wit, the British artist Jonathan Monk is known for adding his own accent to the often trenchant dynamics of the art world.  In his current show at Casey Kaplan, however, Monk embarks on an autobiographical investigation, reminiscing and eventually interpreting his artistic relation with various other artists. 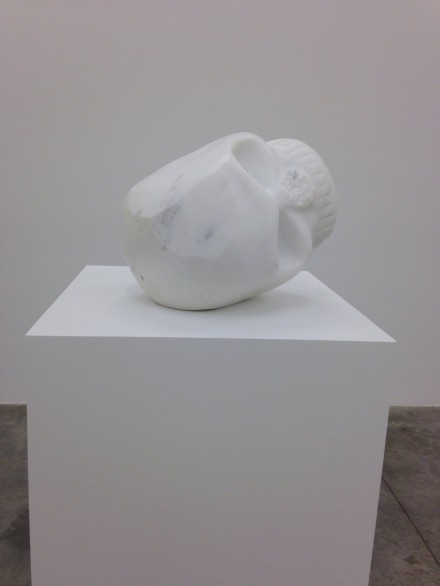 Jonathan Monk, Mistakes Have Been Made (2014)

Humorously titled I went to school with someone called Jonathon Monk, the exhibition demystifies the connotations attached to being an internationally recognized artist, and in turn articulates the evolution of contemporary art in recent decades through a group of influential artworks and artists. The intentional typo in Monk’s first name in the title, as he previously did for Ed Ruscha in his Rew-Shay Hood Project VII painting series, evokes a sarcastic celebration of the idealized artistic persona, with its failures and misrepresentations, while suggesting an updated and fresh perspective of Monk as an artist. 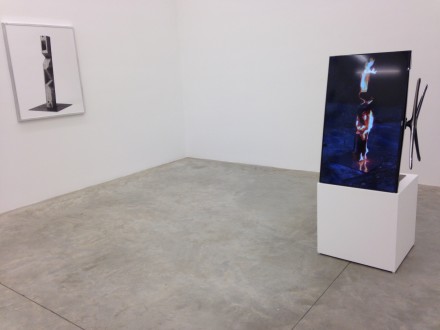 ‘I have realized that being original was almost impossible, so I tried using what was already available as source material for my own work‘ says Monk, an artist who has ambitiously and, unlike many his precedents in the genre, sharply appropriated the canon of modern art, demoting its sometimes complex language to the everyday level. The selection at Casey Kaplan repeats his signature demeanor, bringing together a wide range of medium including video, sculpture, photography and drawing.

A Copy of Deflated Sculpture No.1, one of the most vivid examples of Monk’s statement on the hierarchal formation of contemporary art, re-imagines not Jeff Koons’ iconic inflated bunny, but its appropriation by Monk from 2009 titled The Inflated Deflated. Instead of an accurate 1:1 adaption of his previous work, Monk relies on its photographic documentation to recreate a new version, unraveling the possible differences and inconsistencies within the new 2014 version, and dismantling the ways infamous works of art are collectively coded. This articulation on how art works as artifacts, are labeled and identified in the public realm repeats in Three Part Piece (untitled wood destroyed), a multimedia installation of a lost early era Carl Andre sculpture, depicting the so-called work in various interpretations. 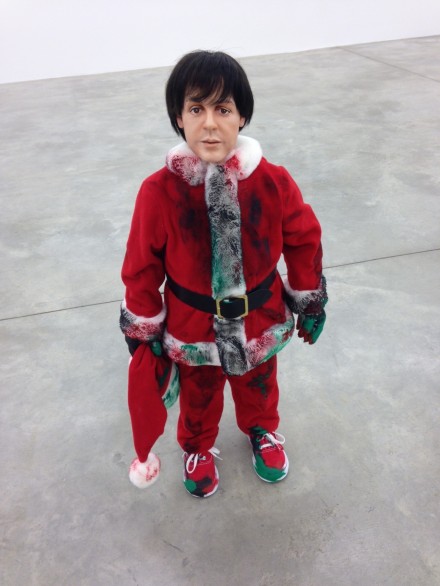 Paul McCarthy, who has previously been Monk’s source material, stands in the center of the gallery space, disguised as Santa Claus (from his early video works), covered with red and green stains, and wearing sneakers, his head replaced by another infamous Paul, the singer Paul McCartney. Framed in one single body, three iconic figures of contemporary culture together orchestrate a multilayered mockery, emerging from the absurdity of the assembly containing two famous artists that are commonly confused due to their very similar names, along with an almost kitsch figure, Santa Claus, who is in turn bound up in their own work in bizarre ways (one recalls McCarthy’s banal classic Wonderful Christmas Time in turn). 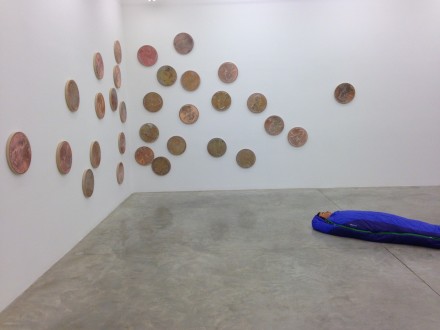 Patently comic and equally confrontational, Monk’s exhibition is on view through October 18th.

This entry was posted on Friday, October 17th, 2014 at 2:17 pm and is filed under AO On Site. You can follow any responses to this entry through the RSS 2.0 feed. You can leave a response, or trackback from your own site.