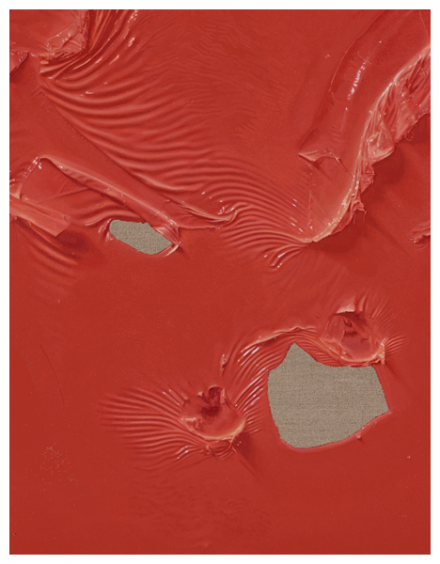 On view at Matthew Marks is an exhibition of new work from LA-based artist Paul Sietsema. The exhibition includes new paintings and drawings, in addition to Sietsema’s two most recent films, all focusing on varying themes of production, consumption, proliferation of cultural objects and the systems in which these objects circulate. 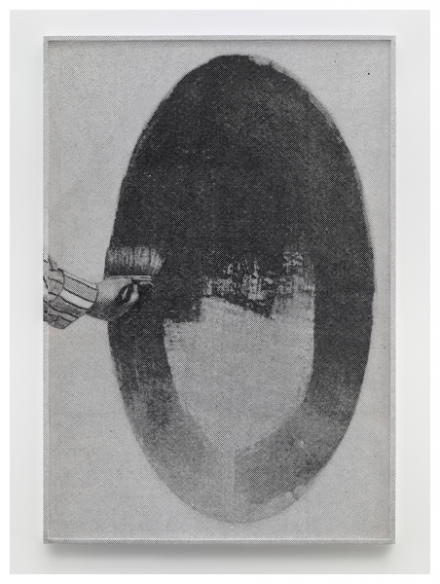 After coating chosen objects in paint, Sietsema photographs them in his studio and duplicates them by hand on linen.  As a result, his paintings on view explore various states of function and existence for the painting itself.  For example, one work depicts a phone with its receiver lying beside it, representing the idea of transferring ideas between artist and viewer, while another work is a layer of red paint with exposed areas of untouched linen, suggesting that paint can make its own forms in exchange with the tactile engagement with it after it dries. 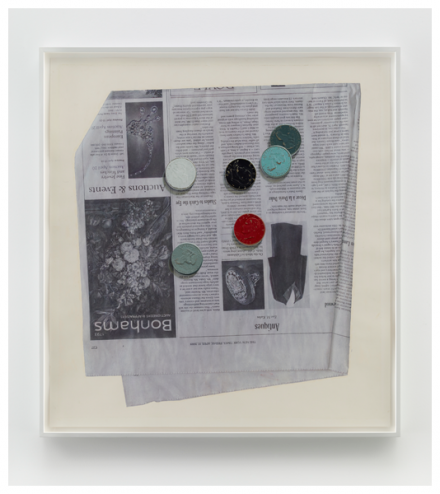 Conversely, Sietsema’s new drawings were made through a process of applying latex to the negative space of an image, after which ink is rolled over the surface of the paper. These drawings depict hands carrying out a series of actions: painting an oval, holding a cloth, and presenting a painted rectangular board. The technique used is similar in method to developing negative film, in that the negative space later becomes the positive. 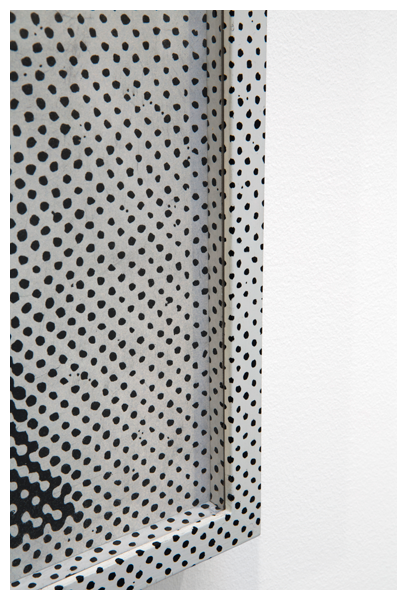 In another vein, Abstract Composition is a 35mm film in which a sign rotates in space, bearing a brief description of a different object each time it rotates. The sign is meant to represent the infrastructural aesthetics within manufacturing processes – the language of automated industrial production.  Furthermore, the film itself was also produced using an automated system to create each phrase shown on the sign. 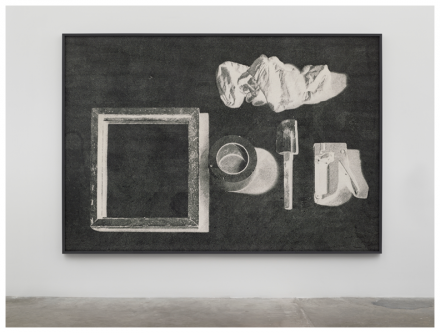 In addition, the 16mm film At the Hour of Tea was the central work in Sietsema’s recent traveling survey exhibition, and it is being shown in New York at Matthew Marks for the first time. The film is composed of five sequences, each configuring found objects into different variations of a tableau.  The found objects include an envelope, a typewriter, coins, an inbox, and Roman glassware. The found objects represent various processes of consumption, production, communication, collecting, arranging, recording, and piecing together. 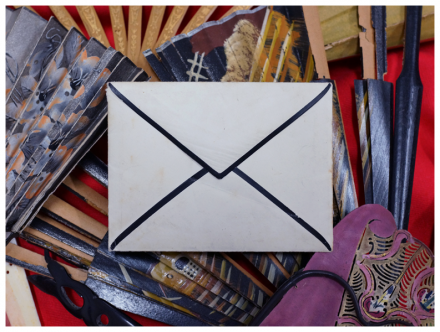 The current exhibition at Matthew Marks will continue through October 25, 2014.

This entry was posted on Wednesday, October 22nd, 2014 at 6:56 pm and is filed under Art News. You can follow any responses to this entry through the RSS 2.0 feed. You can leave a response, or trackback from your own site.