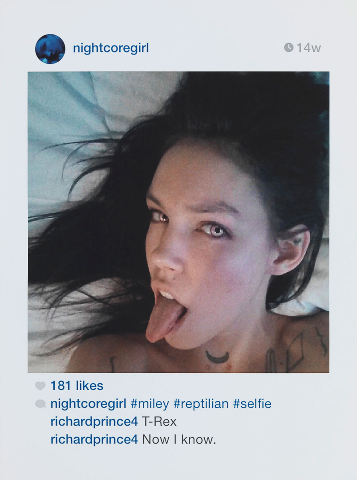 Currently on view at Gagosian Gallery’s smaller galleries at 976 Madison, Richard Prince’s new set of Instagram-culled pieces are nearly as potent in exposition as they are in person, a series of images pulled directly from the social media app’s user accounts, and blown up to immense scales, full-sized canvases that command the attention of viewers passing by on the street outside. 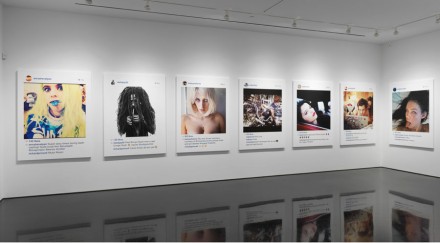 Much has been made of these works, as Prince did little to credit the persons “on-screen,” many of them considered power users within the world of Instagram.  His subjects are given no credit other than their username, but their images speak volumes, often highly intimate portraits in sexually charged positions, made all the more unnerving by Prince’s coy comments on each of the images.  The show has understandably drawn criticism and comment from a number of sources, from writers on Dis Magazine to the users themselves. His voyeuristic exploitation, as some may deem it, has left a sour taste within some the art world, but the work on view also challenges particularly important hierarchies in the state of the image, use and circulation online.  Themes of appropriation and content ownership are long standing thematic elements of much of Prince’s work. 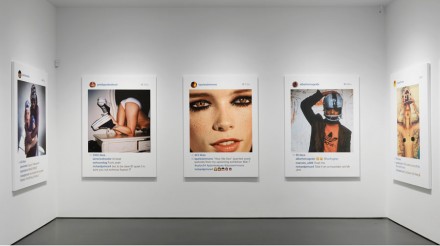 At the core of the conflict over these works is the nature of ownership, of the original image-makers feeling particularly slighted by Prince’s bold-faced copying of their images. But the nature of the public image, particularly on such a tightly controlled site like Instagram, places these arguments at the center of an even larger one, the notion of participation in the online space as work itself. 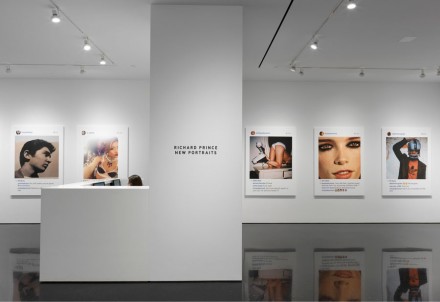 As a form of work, of building a fanbase and personal value here, the image is, in a sense, a public format, one meant not only to be consumed at a mass level, but interacted with.   The image as such becomes a sort of communal currency, becoming a publicly shared and discussed event, where the question of ownership, of singular social or economic value becomes foggy (not to mention Instagram’s loose claim to all images uploaded on its site). After all, if the image as currency, and in turn, the iconic nature of these users relies on the interaction of users in the form of comments and likes, Prince’s work perhaps makes the argument that his contribution is as vital as any. Ultimately, while the photo itself dominates the surface of the work, his voice is always present. 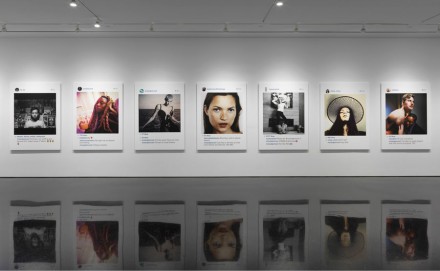 It’s an interesting thought then, that Prince may have caught a new wind in his work among online art communities, particularly by playing up an almost naive voyeuristic persona. Even though the user themselves built the base, Prince has the platform to argue for his own ownership over the state of this work, and it’s understandably hard to argue against him.

Prince’s new work is on view through October 25th.

This entry was posted on Thursday, October 23rd, 2014 at 4:04 pm and is filed under Art News. You can follow any responses to this entry through the RSS 2.0 feed. You can leave a response, or trackback from your own site.