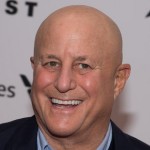 The New York Times takes an in-depth look at the ongoing court battle between Ronald Perelman and Larry Gagosian, noting the immense legal fees that the collector has racked up (over $3 million) in his ongoing battle over the sale of a Cy Twombly work he claims was fraudulently overpriced, and Gagosian’s subsequent lawsuits over his failure to pay.  “Ron Perelman’s disingenuous claims that he is a crusader are nothing more than a cover for the fact that he is a notorious bully with a well-known history of filing meritless litigations who once again won’t pay what’s owed,” says Gagosian’s lawyer, Matthew S. Dontzin.Read more at The New York Times

This entry was posted on Tuesday, October 21st, 2014 at 3:32 pm and is filed under Art News. You can follow any responses to this entry through the RSS 2.0 feed. You can leave a response, or trackback from your own site.