Ryan Trecartin and Lizzie Fitch have enjoyed one of the more distinctive artistic collaborations in recent history, creating bizarre viewing platforms, caves, stadium seating and other eerily familiar arrangements in the service of immersive film-viewing environments, some of which is currently on view at the duo’s first exhibition at Regen Projects in Los Angeles.  Combining a set of Trecartin and Fitch’s bizarrely evocative sculptures with films and installations, the show welcomes a deep investigation into the pair’s practice, both as solo artists and in collaboration. 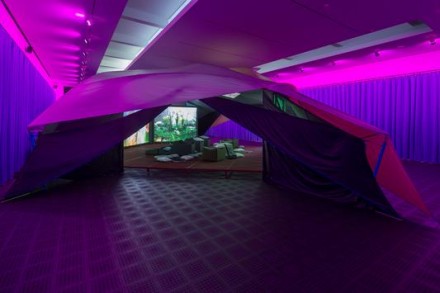 What ultimately seems so compellingly bizarre in the pair’s work is the combination of production qualities.  At the core of Trecartin’s filmic practice is accessibility, the digital camera as a leveling agent in the production of work.  His pieces, despite their labor-intensive editing process and layers of confounding digital effects, still retain a glint of the amateur, the quick documentation of a weekend vacation or homemade party documentation.  Combining this technique with his characters’ muddled texts and hyperactive movements, his films are stuck somewhere between the classic art film and a comically dizzying stampede of random imagery. 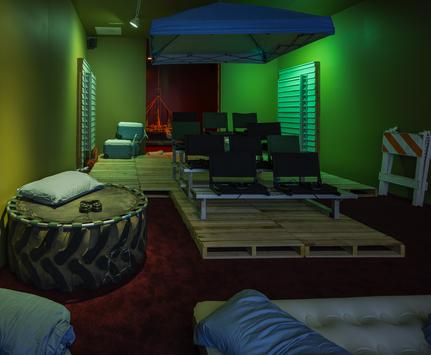 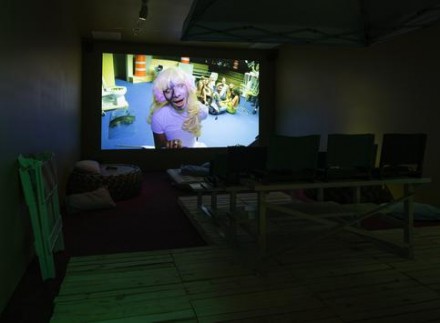 Conversely, Fitch’s objects seem to strip all aspects of the sculptural process away that might give an indication of the human hand, frequently favoring mass production techniques and their signifiers.  In one case here, her contribution to Trecartin’s video install is an enormous camping tent, stretched into a grotesque awning that looms ominously over a set of sleeping bags.  Alienating formal signifiers from their intended use, the installation turns the “active lifestyle” explicitly into another mode of visual consumption, where the viewer must engage with these loaded commodities in order to passively view a film. 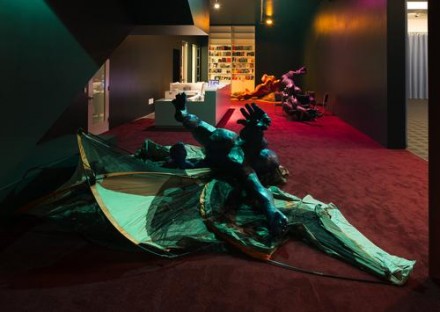 These two reference points dictate much of the duo’s current work on view in Los Angeles, pieces that place remarkably specific lifestyle signifiers, cultural objects and hi-gloss production techniques into opposition with sloppily immediate aspects: broken, distorted bodies, home-video aesthetics and viscerally babbling characters.  In this sense, the works seem to specifically avoid the production techniques of the readymade as such, the clinical removal of the object from its environment as a method of examination and re-evaluation.  Rather, Fitch and Trecartin seem fascinated with the idea of these objects as productive in their own right, as providing a spatial context around which they can construct their own narratives, meanings and social relations. 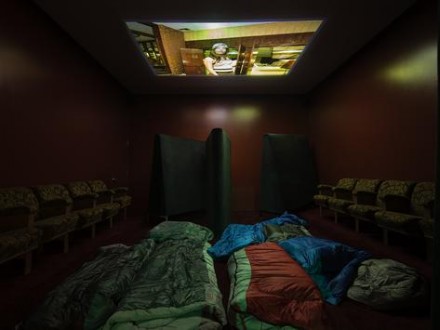 The act of viewing and interpretation is particularly resonant in the work on view here, perhaps one of the reasons that the environment surrounding Trecartin’s films is so loaded with the elements of suburban ennui, athletic commodities and pop cultural imagery.  It is this landscape that the artist cannot avoid creating from in the contemporary era, the duo seems to posit, a space where so much of one’s reality is dictated by branded experiences, corporate-sponsored events and heavily marketed materials.  Taking these as their starting point, Fitch and Trecartin make it their mission to turn these staid object back towards a wild, unpredictable nature, an effort that has made their work all the more memorable.

The exhibition closes on November 16th. 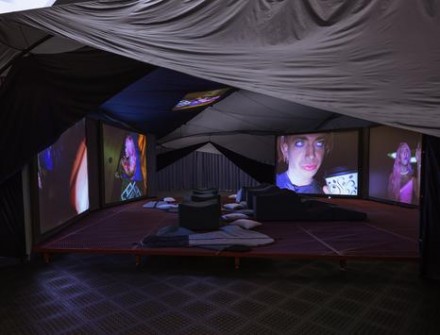 This entry was posted on Tuesday, November 11th, 2014 at 11:38 pm and is filed under Art News. You can follow any responses to this entry through the RSS 2.0 feed. You can leave a response, or trackback from your own site.