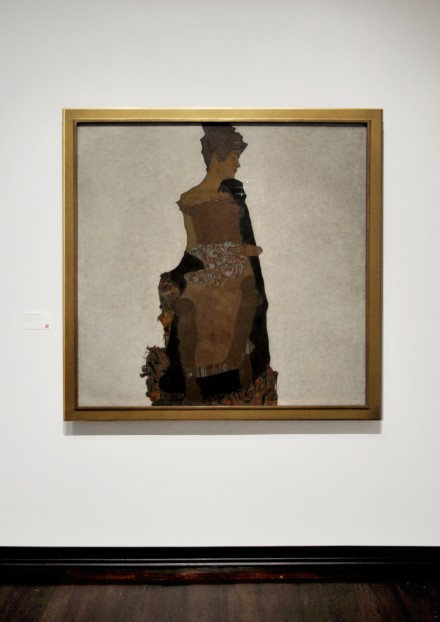 The energy on view in the paintings of Egon Schiele often feels as if the surface itself cannot contain it, as if the visceral poses and lucid, flowing lines of the artist’s hand posses an ethereal force beyond that of his practice.  The Austrian painter, who died at the young age of 28 during the Spanish Flu epidemic, poured himself into his works with an enthusiasm few have ever matched, constantly pushing the gestural formats and emotional charges of his materials and subjects. 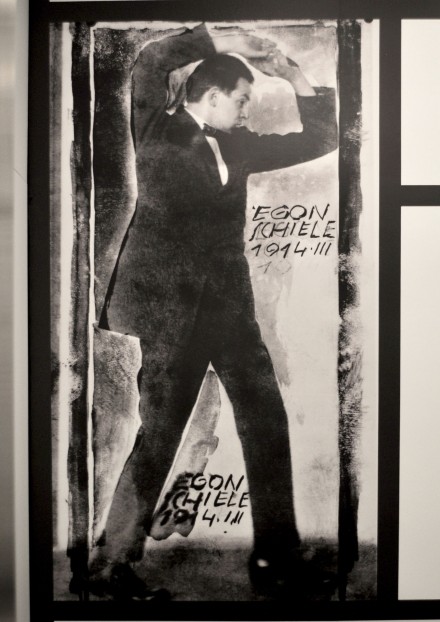 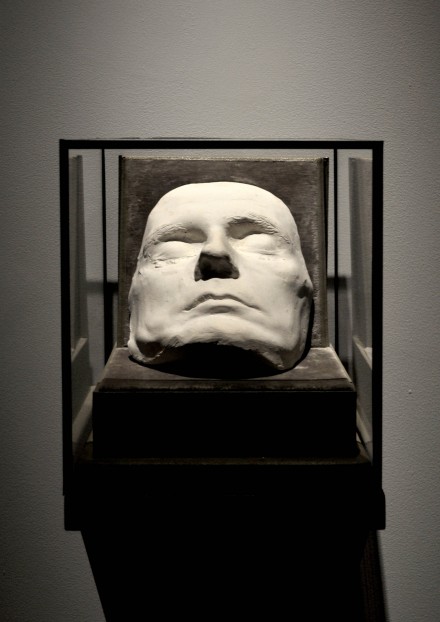 Schiele’s work in portraiture is of particular note, and the artist’s work in the format is currently on view as part of a major retrospective at the Neue Galerie.  Packing 125 works into the museum’s top floor Portraits is a powerful examination of Schiele’s work across the course of his career, offering equal parts historical context, philosophical study and a nuanced investigation of the artist’s evolution over the course of his short life.  The show combines Schiele’s early work at University with his mature portraiture and drawings, documenting his relationships with fellow artists like Gustav Klimt and Arnold Schoenberg, society figures like surgeon Erwin Von Graff (who performed an abortion for Schiele in exchange for his portrait), and his close family. 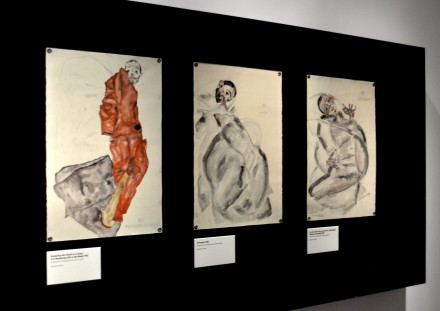 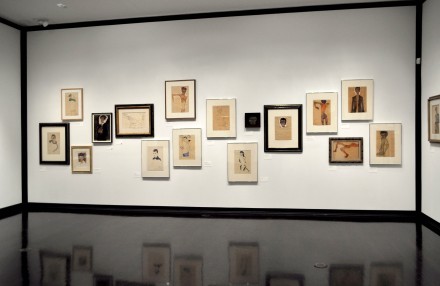 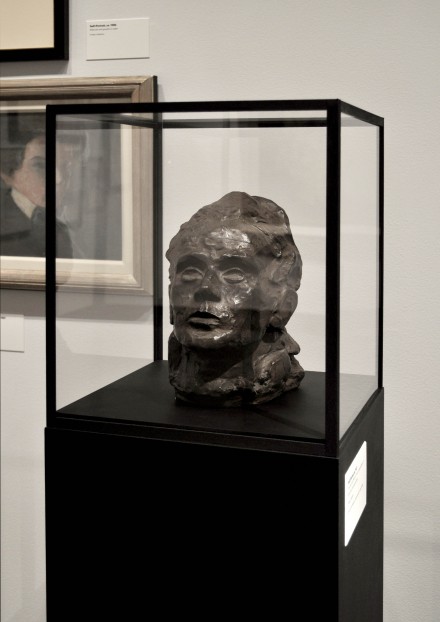 The works are rich in historical background, and the variations in detail, style and substance allow layers of Schiele’s life and work to unfold.  Particularly in his early works, the artist’s constant negotiation between his studious, labor-intensive studies of form and his subversive spiritual voraciousness give the works their charge, blending Schiele’s skill and commitment with his fiery spirit.  His energy is often staggering, portrait after portrait exploring every angle and vantage point of both his subjects and their bodies as a form of its own, twisting arms, legs and heads into dynamic and sexually-charged poses, always tilting his execution through his particular artistic vernacular. 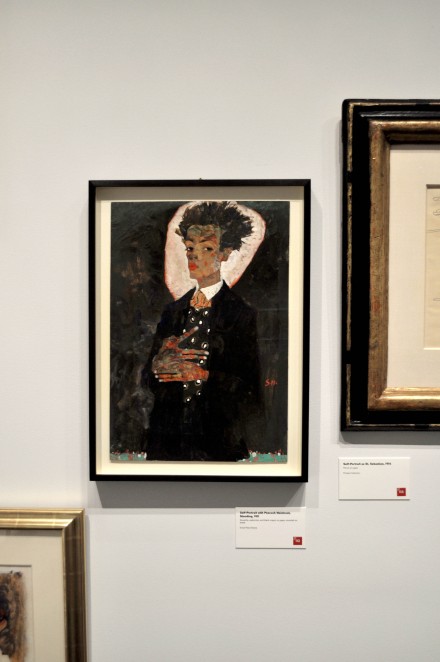 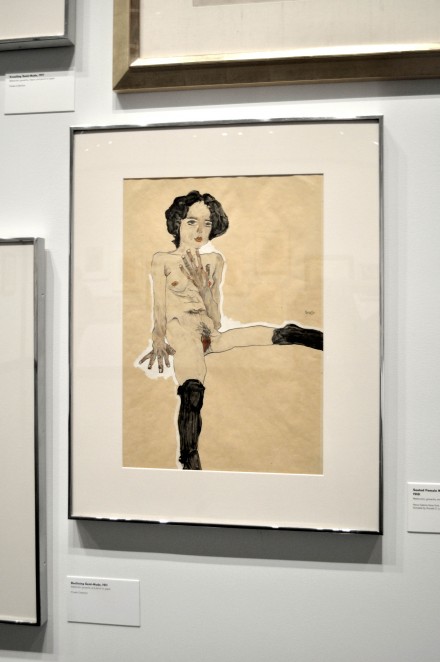 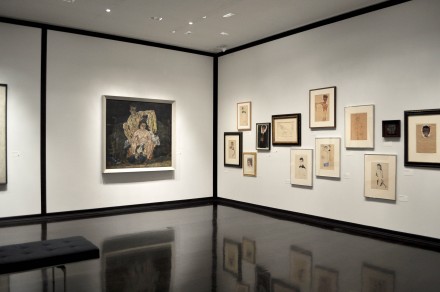 Its this combination of traits that ultimately caused so much trouble for the artist, who was imprisoned in 1912 under charges of perversion.  The artist’s arrest and subsequent imprisonment left an indelible mark on his work, as he continued painting and sculpting (including a small relief made from bread and spit in his cell), often referring to his suffering in the titles and images in his pieces. 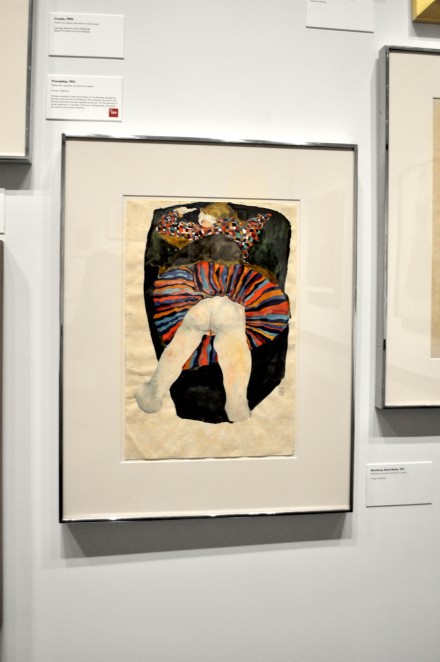 The Schiele who emerges from prison is a decidedly more stoic one, and the works following this dark period of his life seem to take his earlier powers as an artist and channel them more precisely.  Rather than an attenuation of skill, here Schiele’s work becomes unified by a constant focus, a fascinating burst of creative drive that ultimately marked the successes of his career moving forward.  Schiele was also married during this time, and his portraits of his wife Edith are perhaps most indicative of this new focus, replacing the wild id of his earlier pieces with a studied, careful style that underscores his care and attention to his new life.  Similarly, in a portrait done by the artist in the last year of his life, Schiele executes a studied and fully realized portrait of him with his family (although models were used), a piece that is haunting in both its carefully executed technique and the somber, hopeful air that it exudes.  Schiele stares hopefully forward, addressing the viewer directly. 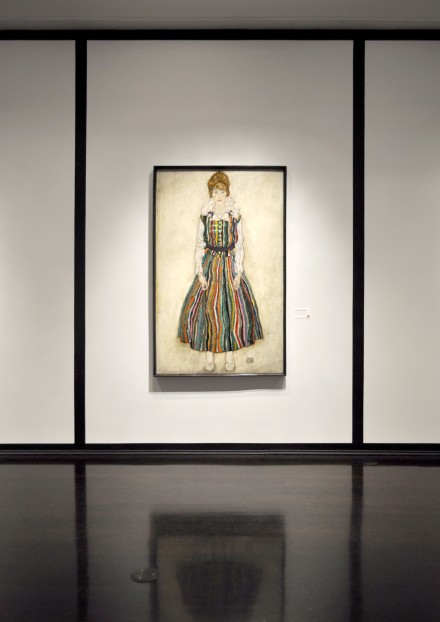 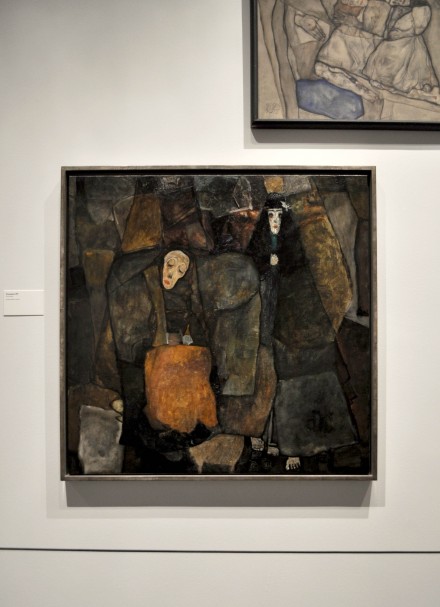 It was nearly this moment that exactly that Schiele’s life was tragically cut short, a point when the artist was struck down in the prime of his life with Spanish Influenza, and died only days after his with Edith also passed.  This sudden demise makes for an uncertain end in the exhibition, a conclusion that leaves his power and capacity floating somewhere beyond his limits.

The exhibition is open through January 19th of next year. 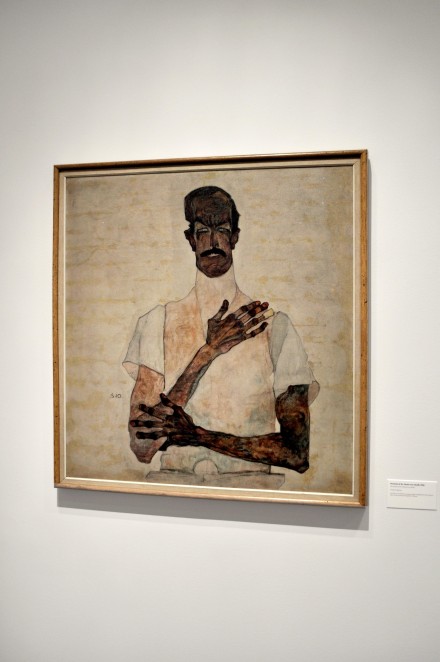 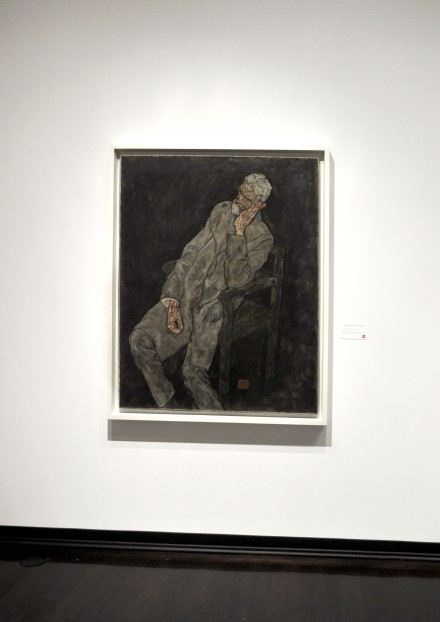 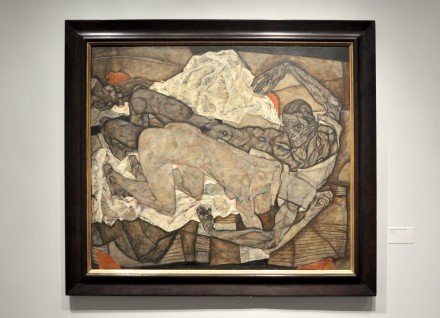 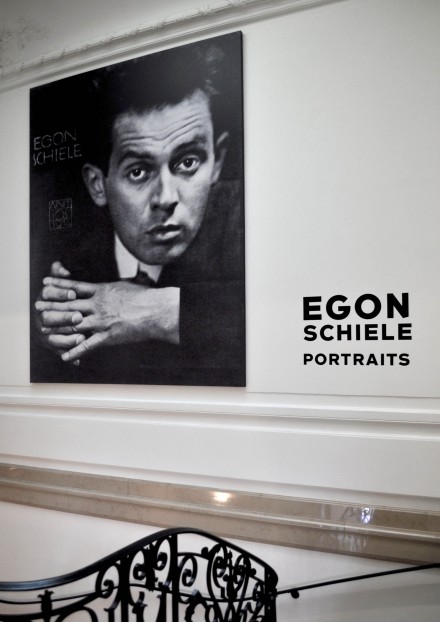 This entry was posted on Sunday, November 9th, 2014 at 12:00 am and is filed under Art News. You can follow any responses to this entry through the RSS 2.0 feed. You can leave a response, or trackback from your own site.