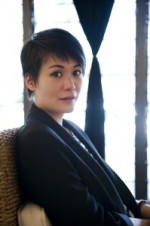 Malaysian curator and art adviser Adeline Ooi has been named Art Basel’s new Director for Asia, the New York Times reports, replacing former Director Magnus Renfrew.  ‘‘We wanted someone who we thought could catalyze the growth of the art market across Asia,’’ says Marc Spiegler, the director of Art Basel.

This entry was posted on Wednesday, December 31st, 2014 at 5:29 pm and is filed under Art News. You can follow any responses to this entry through the RSS 2.0 feed. You can leave a response, or trackback from your own site.