Home » Anish Kapoor to Show at Palace of Versailles in 2015

Anish Kapoor to Show at Palace of Versailles in 2015 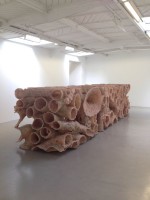 Anish Kapoor will be the next artist given a solo show at the Palace of Versailles, the organization announced this week.  Kapoor’s show will run from June to October of 2015, and was chosen “because he has something particular to say in this setting,” says Chief Administrator Catherine Pégard.Read more at New York Times

This entry was posted on Thursday, December 25th, 2014 at 8:52 am and is filed under Art News. You can follow any responses to this entry through the RSS 2.0 feed. You can leave a response, or trackback from your own site.