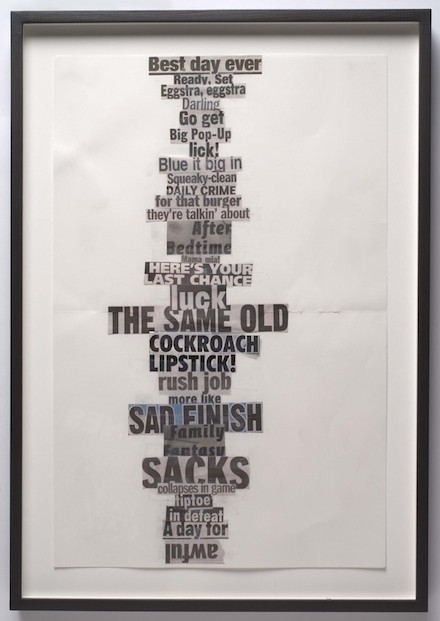 On view at Blain|Southern Berlin is a group exhibition examining the use of text and poetics in art objects from the 1960s to the present day. Entitled Sed Tantum Dic Verbo (Just Say The Word), the exhibition was curated by American writer and editor Glenn O’Brien and will remain on view through December 20th. 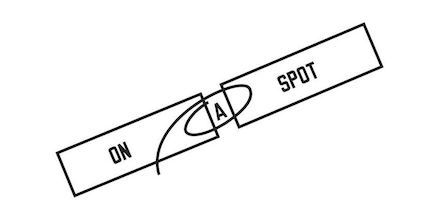 O’Brien is an American writer who is featured as “The Style Guy” in GQ magazine. He was the editor of the Georgetown Journal founded by Condé Nast during his time at Georgetown University. He was also a member of Andy Warhol’s Factory crowd, and was the first editor of Interview from 1971 to 1974. O’Brien wrote the screenplay for the film Downtown 81, a film starring Jean-Michel Basquiat, whose work is featured in the current exhibition, and was also the founder of TV Party, a seminal New York television program featuring artists and musicians from the city’s burgeoning underground. 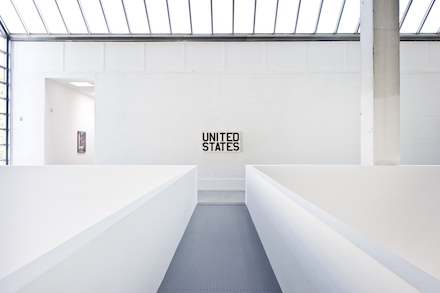 O’Brien’s concept for the exhibition draws its inspiration from the revolution in communication that has occurred in the last 50 years. Literary linearity, he believes, was replaced by visual collage fields and holistic perception, a simultaneous fragmentation and cohesion of meaning that has reinvigorated the spoken text. The instant mutations of oral speech have become more important than the unchangeable written word, marking a return to pre-literary forms of communication. Trying their hand here through a number of techniques, the artists on view at Blain|Southern incorporate written words within pictures, using language as a compositional element rather than as a series of symbols with concrete definitions, while intertwining the spoken voice into the surface and meaning of the work. 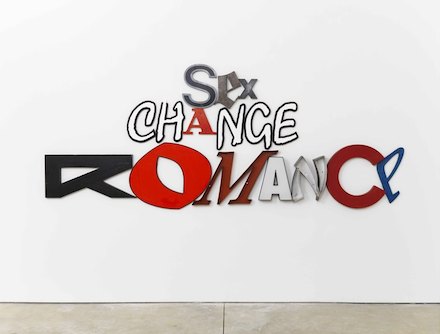 Taken as a whole, the exhibition frequently vacillates between a focus on the texts themselves and their presentation, particularly in Jack Pierson’s Sex Change Romance, where the text itself is charged with the artist’s signature style, a hyper-textual borrowing of various fonts and scripts that each carry their own interpretive weight, and work their own degree of meaning into the fabric of the piece.

Similarly, approaches to the placement or presentation of text, like Jean-Michel Basquiat’s untitled triptych, or Lawrence Weiner’s Built on a Spot, draw part of their strength from the text’s relationship to its position on a wall or frame, and its interrelation with the texts surrounding it.  As O’Brien’s argument follows, the interlocked meanings are not merely inherent in a single sentence or phrase, but positioned within larger systems of meaning.

The exhibition of language-based works will remain on view at Blain|Southern in Berlin through December 20, 2014. 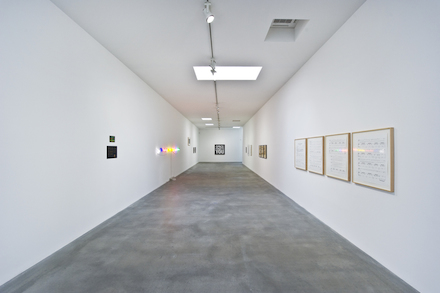 This entry was posted on Wednesday, December 17th, 2014 at 12:00 pm and is filed under Art News. You can follow any responses to this entry through the RSS 2.0 feed. You can leave a response, or trackback from your own site.