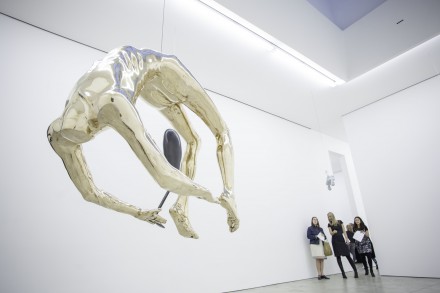 Louise Bourgeois, Arch of Hysteria (1993), all photos via Emily Heinz for Art Observed

The first sight of the Louise Bourgeois Suspension exhibition at Cheim & Read must be the closest simulation available of watching artworks ascending to heaven. There is a sense that each of the pieces are being called upwards, as their weight hangs below them, pulling them back towards the ground. However, the works don’t fight this strange, heavenly magnetism, and in fact, seem to accept to their celestial trajectory.

“Hanging is an ambivalent gesture,” says Jerry Gorovoy, her assistant and close friend of thirty years, who was kind enough to expand upon her works on the opening night of the show.  “It’s as though they’ve given up.” It’s this sense of the works’ submission that makes the tension of their bold physical presence so palpable. 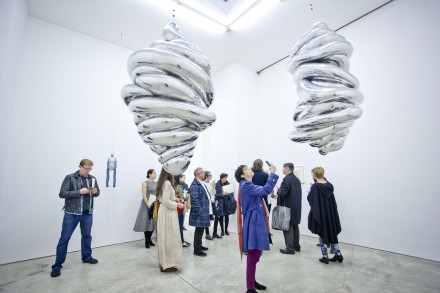 Bourgeois passed away in 2010 at the age of ninety-eight. She is often credited with single-handedly founding and fostering the “confessional art” genre, in which artworks lend a poignant insight into the lives, minds, and hearts of their creators, while at the same time using this emotional and psychological information on the artists as a conceptual foundation. For Bourgeois, the works included in Suspension were very much about the labyrinth of the psyche.  She was predominantly interested in mathematics and psychotherapy, and that interest manifests itself here through strange, semi-autobiographical sculptures. According to Gorovoy, it interested her to have an art object that could, based on its installation, spin and spiral.  Indeed, there is a subtle sense of movement to the hanging objects as one moves through the space. Pieces suddenly take on a life of their own and gently drift one way or the other, movements that make the viewer acutely aware of the sense of weight the object possesses. 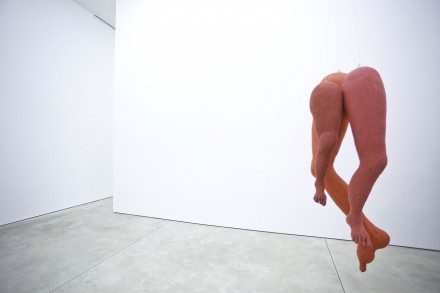 Many of the works on view have never been displayed publicly before, giving viewers fresh insight on the perspective of Bourgeois, and allowing us to delight in unseen works.  Legs (2001), for example, is perhaps the loudest of these never-before-seen pieces, three dismembered, fleshy, knitted legs of different sizes offer a visceral point between the familiar and the corporeal bizarre. In addition to Legs, the smaller version of a considerably larger original aluminum piece titled The Couple (2007-09) is also on view, as well as the very small and quiet Untitled (2005), reminiscent of a lifeless, headless blue doll.  Much of the work in Suspension also calls back to the psychology of an inhabited body. Some of the pieces are inescapably genital, and none of them are romantic about their form, giving the distinct appearance of being armored, destroyed, or otherwise dilapidated.  These smaller sculptures seem to take flight due to their size and compacted shape. 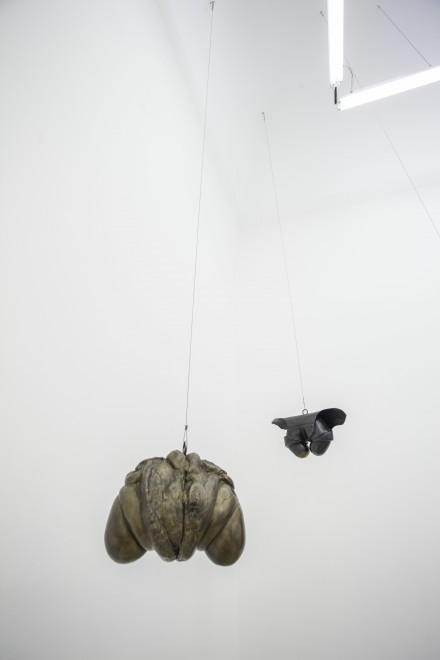 Louise Bourgeois, from left to right: Janus Fleuri (1968) and Hanging Janus with Jacket (1968)

But of course, the mind is the central focus for Bourgeois. Works such as Fée Courturière (1963) and The Quartered One (1964) conjure the image of wasp’s nests (indeed, Fée Courturière once hung in Bourgeois’s garden) and labyrinths, distinctive models for a complex mind with various compartments and pockets.  At the same time, their large scale evokes the appearance of a hanging side of animal meat on hooks.  Further, the ability to completely circumnavigate these objects and explore their every angle and every texture feels much like getting lost within the works, simultaneously stuck between one’s own thoughts and those of the artist. 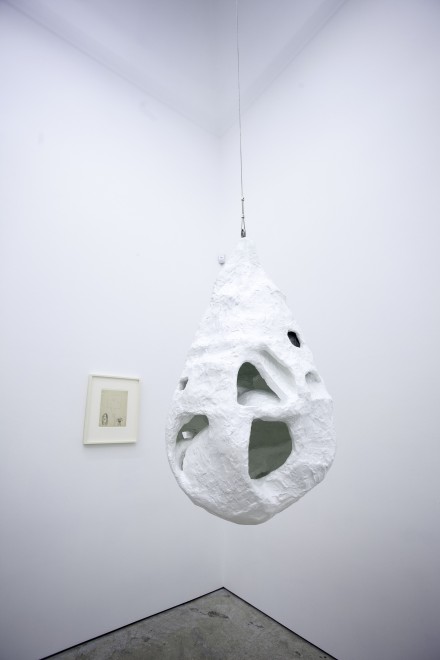 The works in Suspension were made throughout a lifetime, from the artist’s earliest years until the latest, and while there is a distinct sense of progression and of change, there is also a strong feeling of returning to some dark, strange place over the course of Bourgeois’s career.  Bourgeois liked to consider spirals, mathematically and conceptually, and these points of return to previous territories allow exploration into what has changed and what is now possible a second time around. Suspension thus functions as a an homage to the entire life and practice of Bourgeois, constantly returning and circling the unifying themes of her lengthy career. 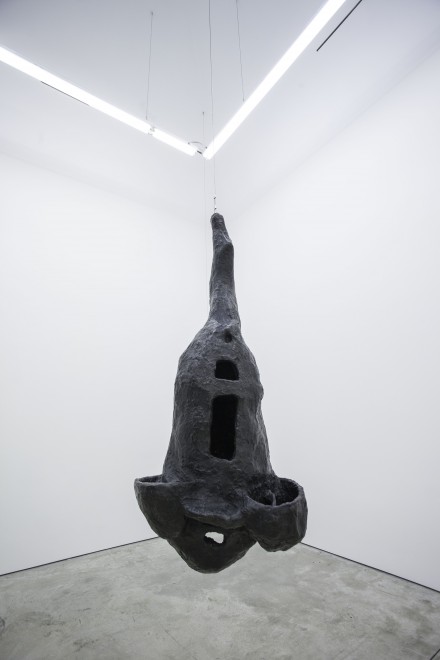 Louise Bourgeois, The Quartered One (1964) 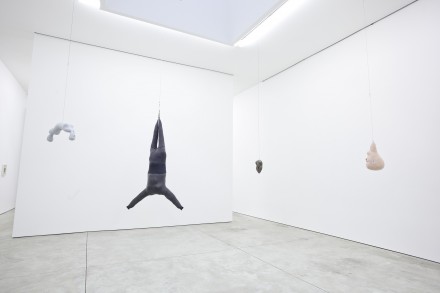 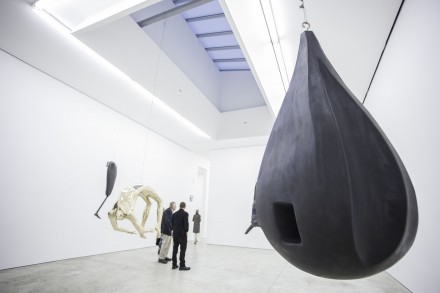 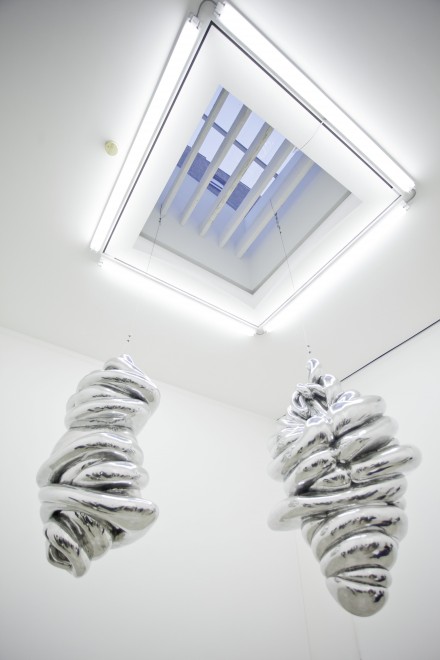 This entry was posted on Sunday, December 21st, 2014 at 12:00 am and is filed under Art News. You can follow any responses to this entry through the RSS 2.0 feed. You can leave a response, or trackback from your own site.