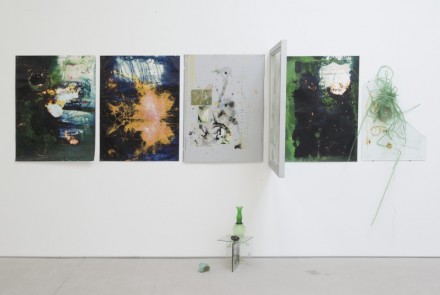 For C L E A R I N G’s second exhibition in its new 5,000-square-foot Bushwick space, the Brooklyn and Brussels-based gallery presents a sprawling showcase of multimedia work by Canadian artist Ryan Foerster. Winding fluidly through the venue’s four airy rooms, strewn across the floors and walls in a seemingly impromptu array, the featured works exploit the possibilities of the photographic medium while charting the artist’s latest forays into installation, video, and sculpture. 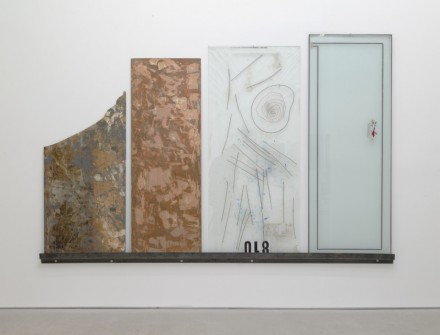 Currently based in Brooklyn, Foerster is best known for his abstract photographs, the subject of recent solo shows at Geneva’s Ribordy Contemporary in 2013 and New York’s Martos Gallery in 2012, as well as two photobooks published by Hassla. Characterized by a distinctly playful and painterly quality, these visceral, variegated images are a result of the chance effects of the printing process and direct exposure to sunlight, water, wind, and dirt, among other natural elements. Unique c-prints such as Hurricane – Shawn, Julie, Jimmy ooze with bands of color and textural depth, while others, such as Walls and holes after the flood I, revel in the mechanical defects of photographic technology—their distorted hues at once eerie and intoxicating. Still others, including Eric Peace, Eric and Cole, and Hannah, images of partially undressed figures, showcase another, more confessional and voyeuristic aspect of his practice, rooted in the tradition of Larry Clark and Ryan McGinley, while centering on the transience of youth. 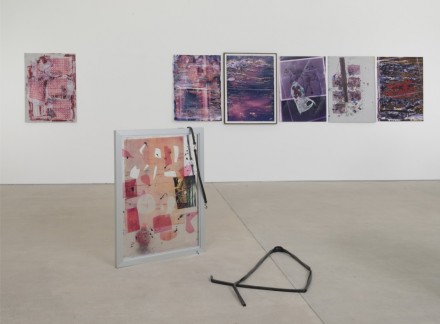 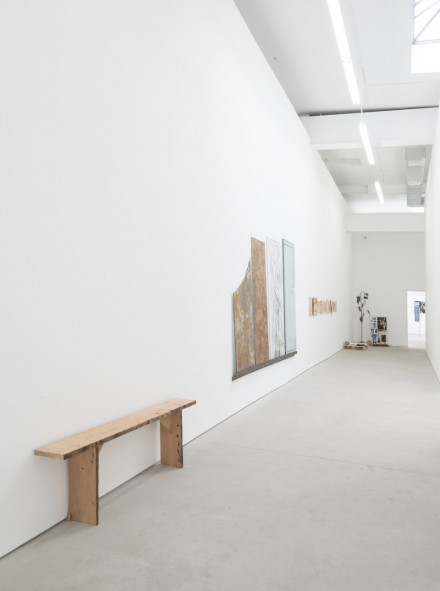 As such, themes of memory, time, and ephemerality are at the root of the exhibition and of Foerster’s work more broadly: evident here in the sulking dried sunflower stalks, shriveled fragments, and distorted prints, which highlight photographic fallibility. Found detritus is flung languidly over metal rods in the Family Court series, beautiful assemblages of earthy, rusted, and paint-stained objects. These installations—combinations of the natural and the manmade, and of the readymade and the constructed—hint at permanence, loss, and the underlying shortcomings of representational media. 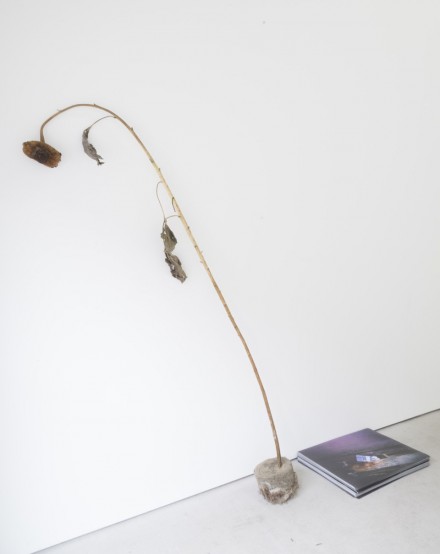 Just as Foerster plays with aleatory effects, his work signals a return to avant-garde techniques of the past century: the experimental processes developed by Man Ray, the abstract combines of Robert Rauschenberg, and the readymade sculptures of Marcel Duchamp, namely his masterpiece Bride Stripped Bare. Perhaps the most dynamic of the works on display are the glass window pane collages that protrude from walls, rest on floors, and hang from chains, incorporating swathes of paint, filmstrips, colored sheets of paper, and snapshots adhered to the glass in an extension of the artist’s happenstance aesthetic. Foerster clearly has his finger on the pulse of current trends in analogue photography and, as this exhibition shows, has continued to hone his unique approach while breaking into new three-dimensional territory. 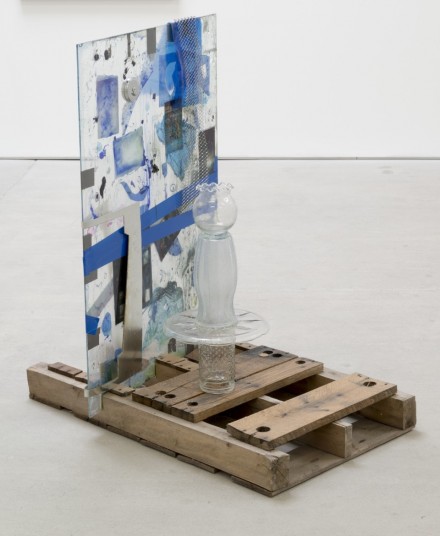 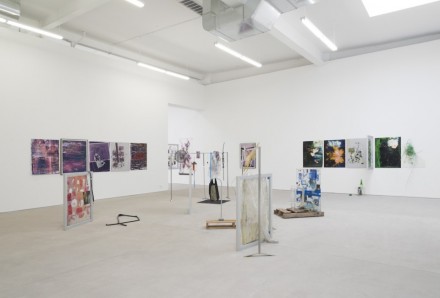 This entry was posted on Sunday, December 28th, 2014 at 4:15 pm and is filed under Art News. You can follow any responses to this entry through the RSS 2.0 feed. You can leave a response, or trackback from your own site.