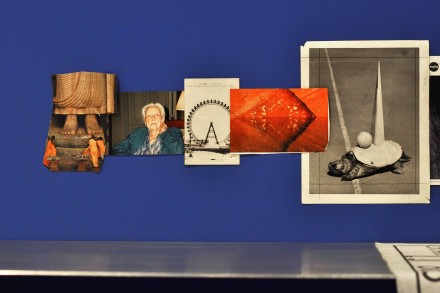 Camille Henrot, The Pale Fox (2014), all photos by Sophie Kitching for Art Observed

Camille Henrot’s The Pale Fox is an immersive journey through the artist’s conceptual creative process. Imagined as a multidimensional extension of the artist’s award-winning film Grosse Fatigue, 2013 (Silver Lion at the 55th Venice Biennale), this itinerant exhibition is currently presented at Bétonsalon – Centre for art and research in Paris. 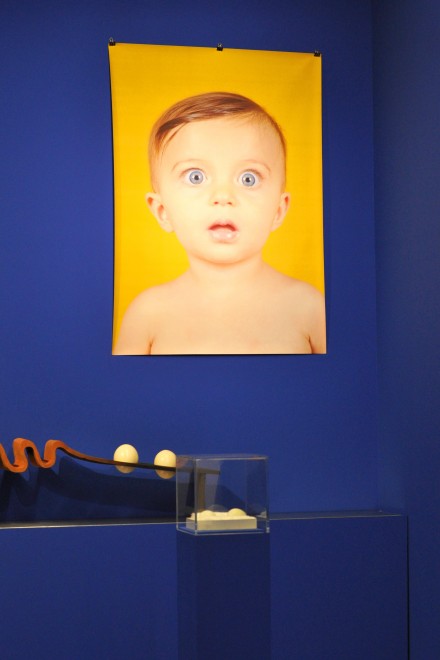 Camille Henrot, Baby (2014) and The Principles of Being (2014), via Sophie Kitching for Art Observed

The installation is constructed according to a geometrical plan, each of the four walls is associated to one cardinal point, which matches a natural element in relation to a specific stage of life and to one of Leibniz’s philosophical principles.

Clockwise from the entrance, the east wall refers to “the principle of being : where everything starts” : birth is expressed in relation to the fundamental element of air. The south wall presents “the law of continuity : where things unfold” linking childhood and adolescence to water. The west wall or “the principle of sufficient reason : where the limits are” corresponds to adulthood and earth. Finally the north wall aggregates “the principle of the indiscernibles : where things decline and disappear”, embracing old age and fire. 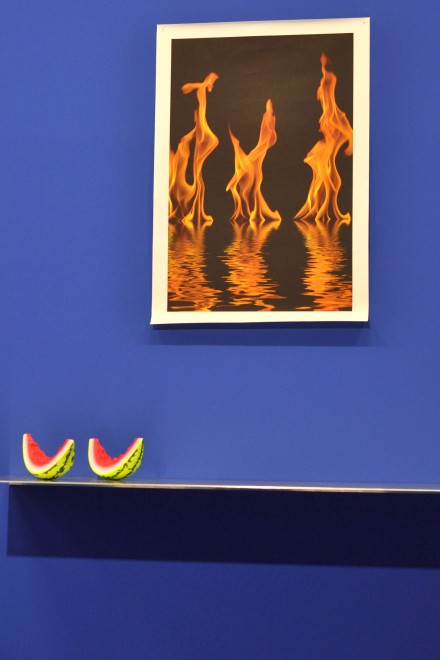 Furthermore the project derives from an anthropological study by Germaine Dieterlin and Marcel Griaule about the Dogon people based in Mali. The title of the show stems from their book Renard Pâle. Ethnologie des Dogons (1965). The figure of the “fox” embodies here the concept of disorder and compulsive curiosity. This exhibition is thus a utopian attempt to accumulate knowledge, juxtaposing ancient rituals, indigenous mythology with contemporary occidental imagery and technology. Autobiographical elements such as youth photographs and personal belongings of the artist are presented alongside her bronze sculptures and ink drawings, found iconography displayed in a chronological wall frieze, and hundreds of ready-made objects borrowed from museum collections or purchased on E-Bay. 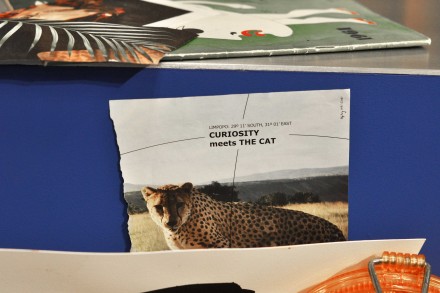 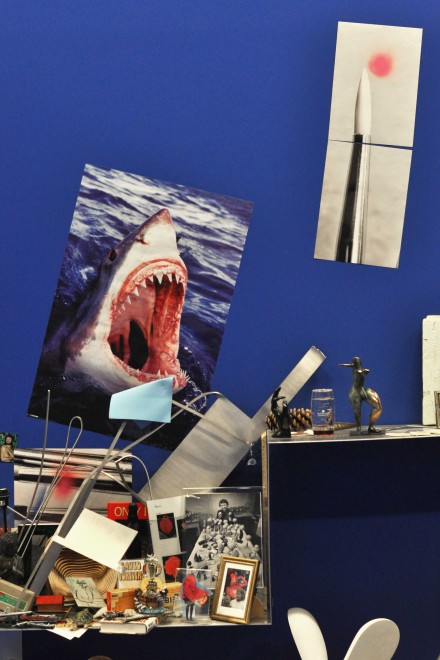 Though the trivial and the orderly, the fragment and the whole, creation and death cohabit in The Pale Fox, with the exhibition conveying an enigmatic sentiment of continuity and hospitality. This feeling is created in part by the ambient and soothing sound piece, composed by French musician Joakim, which adds a hypnotic dimension to the work. Moreover a sculptural aluminum shelf runs all around the space, enveloping the viewer in a total spatial experience. The exhibition indeed entices the viewer’s perception, curiosity and attention. For instance, when a visitor enters the space, a monitored soft-toy snake starts to randomly slither on the ground. Animals such as the snake and the dog, have thus been recurring elements in Camille Henrot’s previous works, for example in The Strife of Love in a Dream (2011) and Cynopolis (2009). 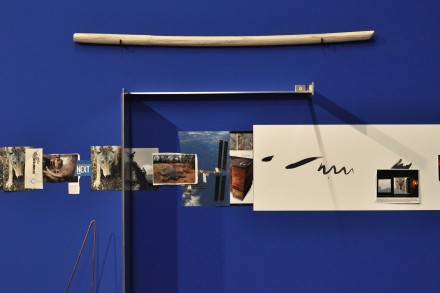 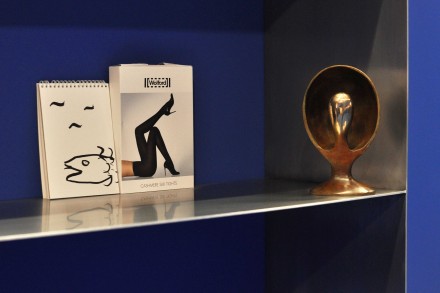 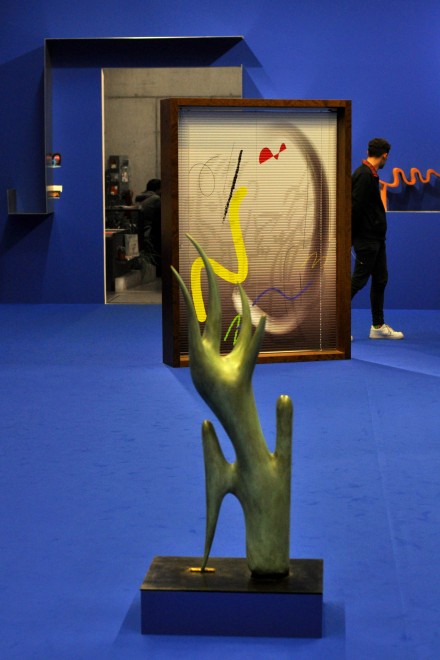 Camille Henrot, The Transformation of Ogo into a Fox – series “Desktop” (2014) and Melancholic Dissolve (2014), via Sophie Kitching for Art Observed

Finally the concept of “screen” as entity, tool, image, object and motif is inherent to the show. The fragmented installation echoes the multiple virtual spaces simultaneously opened on a computer screen; the artificial blue environment refers to the blue-key background used in animation film. In addition one large-scale element in the center of the room – a wooden frame obstructed by a painted blind, seems to stage a possible transition through times, spaces and realities, and furthermore, a metaphorical gateway to enter the artist’s complex, conceptual, compulsive way of thinking and creating. 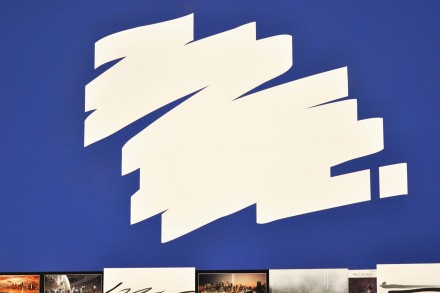 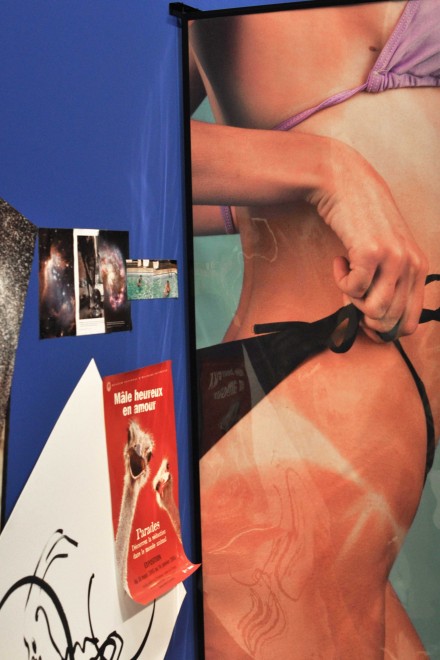 Camille Henrot, The Pale Fox Under The Sun (2014), via Sophie Kitching for Art Observed 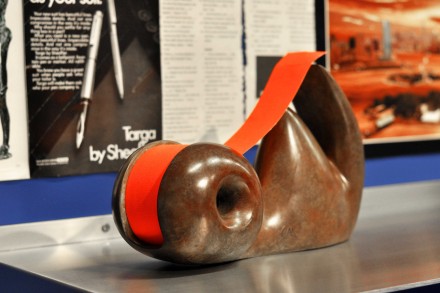 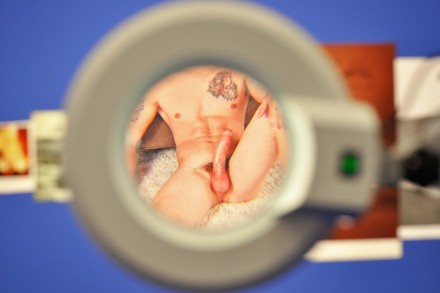 Camille Henrot, The Pale Fox (2014), via by Sophie Kitching for Art Observed 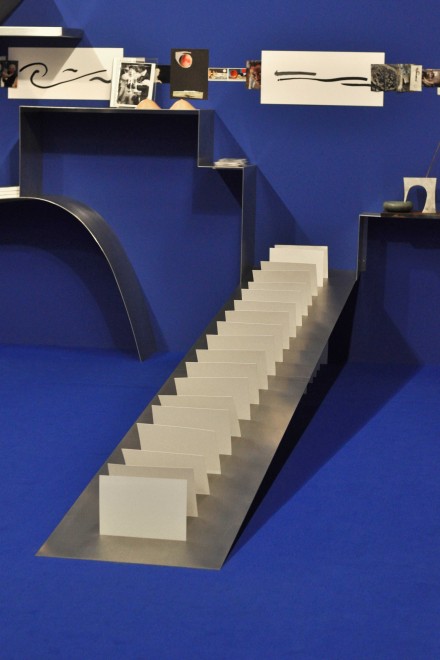 The Pale Fox is both a “Gesamtkunswerk” and an “Oeuvre ouverte” reflecting on our present time. Camille Henrot succeeds however in transcending this immediate and striking present, and invites the viewer to explore and take part in her universal and timeless capsule.

The Pale Fox is on view at Bétonsalon, Paris through December 20th and will travel to Westfälischer Kunstverein, Münster and Johann König, Berlin in 2015. 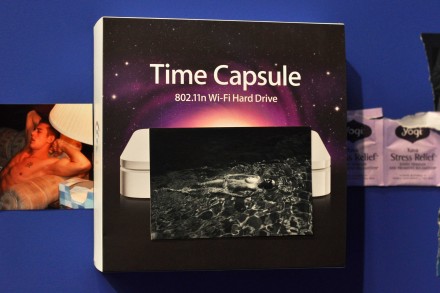 This entry was posted on Saturday, December 20th, 2014 at 9:46 pm and is filed under Art News. You can follow any responses to this entry through the RSS 2.0 feed. You can leave a response, or trackback from your own site.