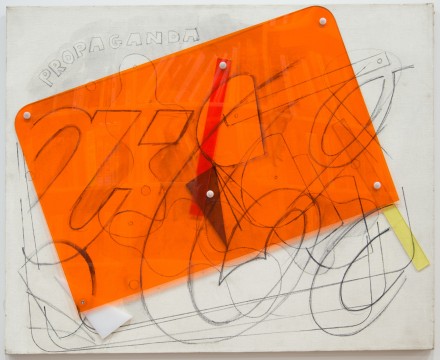 Luxembourg & Dayan is presenting the New York leg of the gallery’s acclaimed London show from this past summer, Mario Schifano: 1960-67, which celebrated the seminal post-war Italian artist’s impressive career. Titled The ‘60s, the selection for thisshow delivers an ambitious look at a crucial period in the late artist’s life and career. Less known compared to his fellow counterparts, such as Pistoletto or Manzoni, Schifano had his breakthrough in the New York art scene with the infamous New Realists show at Sidney Janis Gallery in 1962. 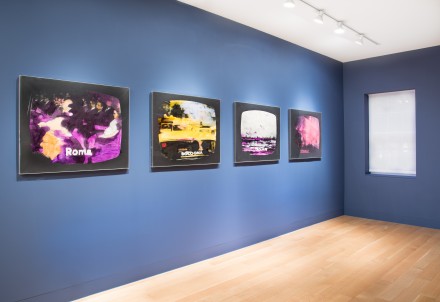 As an artist who never hesitated to shift between various mediums and materials, Schifano has usually been considered as a member of the European Pop-Art movement, but the expansiveness of his practice, containing various movements from Abstraction to Nouveau Réalisme throughout the years, challenges this definition. The exhibition on view seems well-aware of the spectrum that Schifano’s work suggests, compiling a wide selection of his works were produced within the intensively creative atmosphere of the 60’s art scene. Each floor introduces another series of works, accompanied by complementary wall colorings to emphasize the artist’s diverse oeuvre and color palettes, aiming to place Schifano into a well-deserved context within the more conceptually minded Post-War art scene. 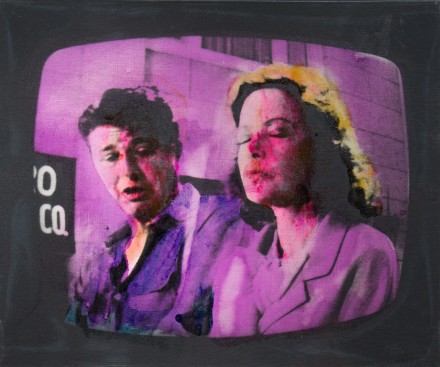 Responsive to the political and social climax of his native Italy following the recovery period after the fascist regime and the damage of WWII, Schifano candidly married experiments in abstract color juxtapositions with bold visuals of consumer culture, a phenomenon that gained higher momentum in Italy with rising prosperity among the middle class. The Coca-Cola logo, for example, is matched with the darkly toned yellow layers of Propaganda, bringing together the bold pairings of abstraction with the humorous tone of Pop-Art.

The Paesaggi TV (TV Landscapes) series, on the other hand blurs the outlines of dimensionality, turning the canvases into television screens through various color arrangements, at turns hinting at primal signals of appropriation, an artistic trend that will reign during Schifano’s later years.  Standing out as another vivid proof of his enthusiasm towards experimental production techniques is a series of works he finished with Perspex covers, arranging anemic landscapes that seem to derive from his own vague memories. 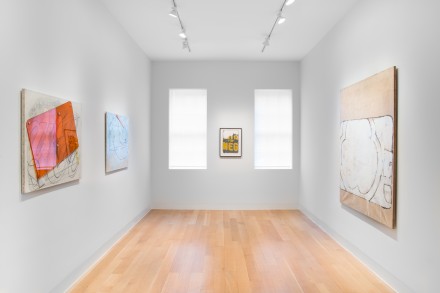 This entry was posted on Saturday, January 10th, 2015 at 12:00 am and is filed under Art News, Featured Post, Show. You can follow any responses to this entry through the RSS 2.0 feed. You can leave a response, or trackback from your own site.