New York – “The Thing and Thing-In-Itself” at Andrea Rosen Through January 24th, 2015 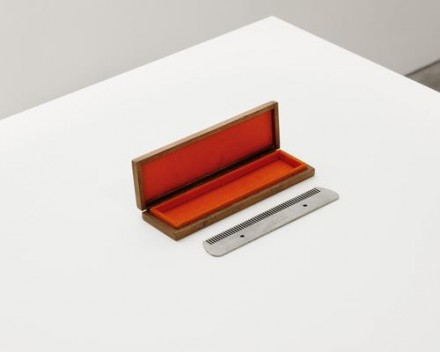 Taking its title from Immanuel Kant’s Critique of Pure Reason, Andrea Rosen Gallery is currently presenting a small exhibition of works incorporating readymade materials, minimalist techniques and surrealist tropes to explore notions of form and execution as only a medium for the transmission of deeper understandings of the work at hand. 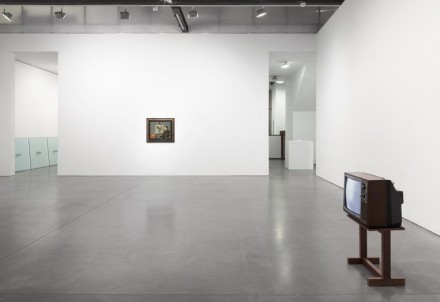 Curated by noted art historian Robert Hobbs, the 1981 Curator for the Venice Biennale’s American National Pavilion, the exhibition takes a hard look at the notion of the work as, at turns, a phenomenological experience, technical construction and a deeper interpretive situation.  Works like Ad Reinhardt’s Abstract Painting, Black explore the work as both a moment for contemplation and a pure minimalist attempt, pushing the act of painting to a formal conclusion while also emphasizing the act of looking, the emotional response that such a deep color field may in fact inspire. 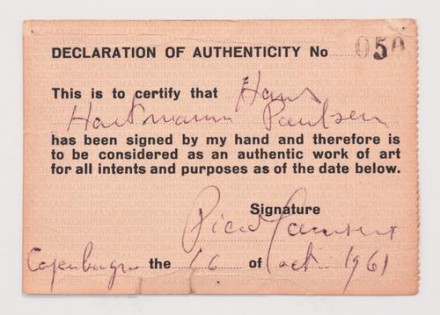 Piero Manzoni, Declaration of Authenticity No. 50 (Carte d’authenticite No. 50) (1961), via Andrea Rosen

Similarly, Marcel Duchamp’s Comb delves into the readymade as a moment of sculptural investigation in its own right, an object that directly challenges the moments of creation and perception as separately defined.  Playfully using the exhibition context to shift the work’s meaning, Duchamp’s piece challenges the viewer into considering its creation, utility and deeper applications in the fine art context, all triggered by the intersection of space and time that Kant saw as an inherent aspect of human experience. 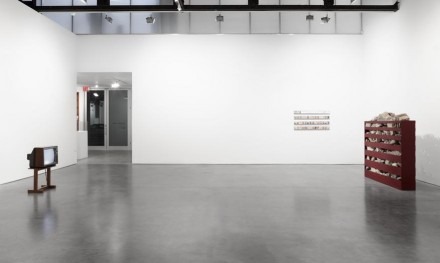 Other works on view include a Robert Smithson sculpture and documentation, Non-site: Line of Wreckage (Bayonne, New Jersey), which allows the intersection of a rocky assemblage and the space it was culled from to overlap in the gallery space, working at an alienation of both sites of creation and exhibition as a fully dominant site in the work’s final product; as well as Piero Manzoni’s Declaration of Authenticity No. 50, a signed card valorizing the work as art by the artist’s own hand.  Extending a series of Duchampian exercises into the textual realm, Manzoni adds an extra layer of boldfaced sarcasm to the resulting piece. 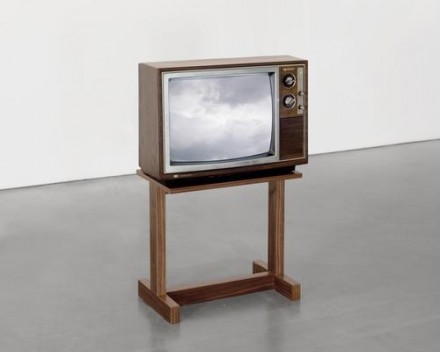 It’s this notion of authorship that makes the show such an interesting approach to the artists at hand.  Despite deliberate attempts at focusing the show around works stuck between concrete moments in space and time, each piece also says as much about the artist who created it, from Yoko Ono’s gentle exploration of broadcasting in Sky TV, or Joseph Kosuth’s Glass Words Material Described.  In each work, the artist’s attempt at subverting the work itself also gives an inkling of personal politics, underlining just how the situation is established, and potential outcomes each may have foreseen.

The Thing and Thing-In-Itself is on view through January 24th. 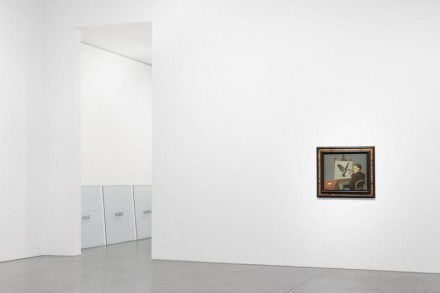 This entry was posted on Friday, January 2nd, 2015 at 12:00 am and is filed under Art News. You can follow any responses to this entry through the RSS 2.0 feed. You can leave a response, or trackback from your own site.