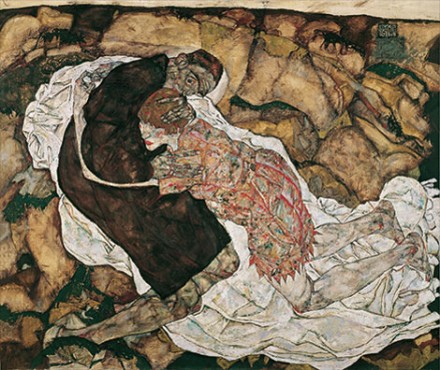 The Kunsthaus Zürich is currently presenting a historical study in portraiture and figuration over the course of a century, comparing the output of Austrian painter Egon Schiele with YBA-affiliated painter Jenny Saville, and tying together the pair’s varying approaches to powerful and, at times, visceral depictions of the human body.  Culling works from across the expanse of both artist’s careers, the exhibition seems to function both as a pair of parallel historical studies in each artist’s inspirations and development, while allowing a certain degree of overlap and cross-referencing into the various techniques each artist employed. 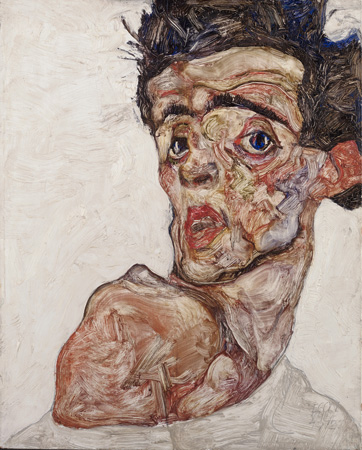 Granted, the historical context of Schiele’s work only works moving forward, and one hardly struggles to see the artist’s inspiration in Saville’s practice.  Her bodies are often twisted or warped, with slurs of paint applied in a manner that calls to mind Schiele’s more experimental mid-career works, like the long, phantasmic Prophets, shown in the exhibition.  At Schiele’s most ethereal, his work serves as a textbook of sorts for Saville’s investigations: rail-thin models torn apart by the brush and reassembled in a blur of color, never shying away from the extremes of emotion the human body can express, particularly under the artist’s eye. 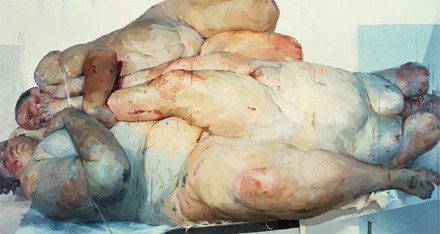 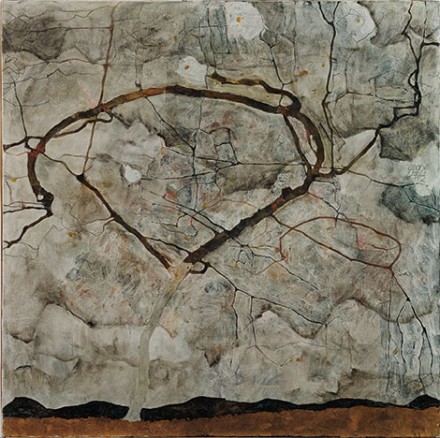 Also of particular note is the comparison in size between Saville’s and Schiele’s work.  Saville, often known for working at considerable scales, here towers over the often restrained, minimal canvases that Schiele preferred in his daily work.  Saville’s blistering, occasionally explosive style translates well, but is pushed even further by  contrast with the economy that Schiele so often employs.  Despite the size of his works, the Austrian artist’s pieces are never at a shortage of emotional content, and pieces Self-Portrait with Chinese Lantern Plant are fantastically expressive even on a considerably smaller scale compared with a work like Saville’s Fulcrum, nearly 10 times its size. 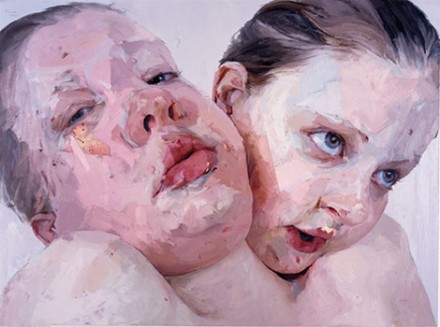 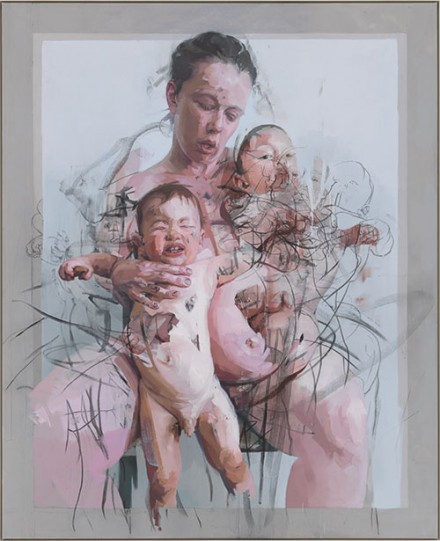 But as much as the show serves a function as stylistic study, one can also extend the pair of artists’ work into the lineage of biographical painters.  Both relentless in their documentation of the figures around them, both Saville and Schiele allow a certain subtle narrative of their own stretch of modernity, from Schiele’s occasionally bawdy, occasionally restrained society portraits to Saville’s images of distended, overweight bodies and nude young mothers balancing their crying babies.  In each, a certain intangible spirit strikes the viewer, one that feels almost inseparable from the historical mooring of the artist themselves, either 100 years ago or today.

The Kunsthaus Zürich exhibition is on view through January 25th. 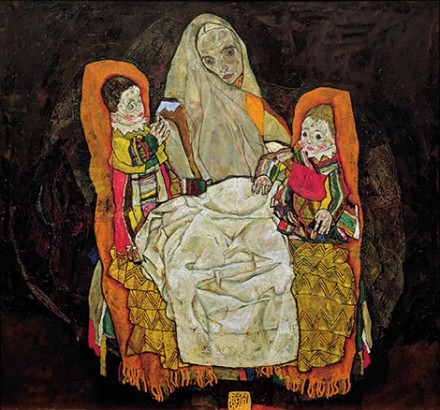 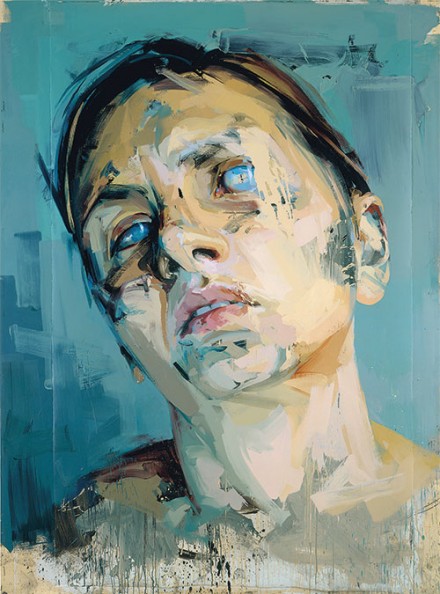 This entry was posted on Friday, January 23rd, 2015 at 12:00 am and is filed under Art News, Featured Post, Show. You can follow any responses to this entry through the RSS 2.0 feed. You can leave a response, or trackback from your own site.