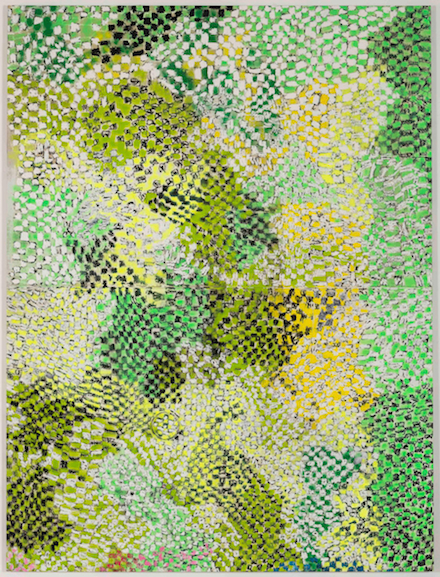 Currently on view at Gagosian Beverly Hills is a group of new paintings by American film director, producer, screenwriter, author, and artist Harmony Korine. Although he is primarily working within the mediums of film and writing, Korine has recently begun publicly displaying his works, immense, swirling compositions composed in a variety of techniques and palettes.

Much of Korine’s work, from his filmic output through his books and projects is often thematically involved with dysfunctional childhoods and unconventional family structures, as well as mental disorders and poverty. He works with experimental narrative structures and media, such as Polaroid film, super 8 and video printed onto 35mm film, often incorporating improvisation into his works.  This fascination, as well as embraces of “the seductive, and the outlandish” emerge in his paintings as well. 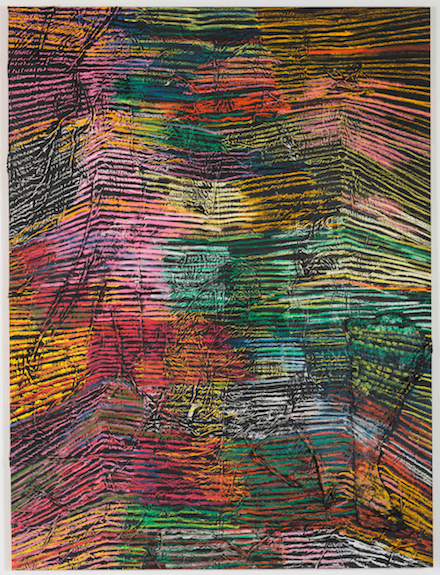 Korine’s compositions mirror and crystallize what he has been working to express in film for decades. The works are lifelike, created from an energy of impulsiveness. As he says in a statement for the show’s press release, “I’ve long been interested in loops, mistakes, trance-y repetition. It’s like writing a novel with pages missing in all the right places.” Themes of structured spontaneity, conflict, erraticism and repetition make themselves felt, narratives that emerge and withdraw, expand and contract.  Even the show title, Raiders, emphasizes a story just out of reach in these works, some aggression just off the canvas.

For Raider Burst (2014), overlapping segments of masking tape are adhered to the center of an unprinted canvas and used a broom instead of a paintbrush to spread primary colors all over the surface. Other paintings focus on ghostly clawed creatures which have been overpainted and spray-painted during the course of several years.

In terms of audience response and public image, the artist has often played the role of l’enfant terrible, and here he seems particularly comfortable maintaining this persona, albeit in a slightly more polished context.  Although he has been accused of exploitation and self-indulgence, Korine claims no need to justify his art objects (or perhaps, that the act of making art implies self-indulgence). 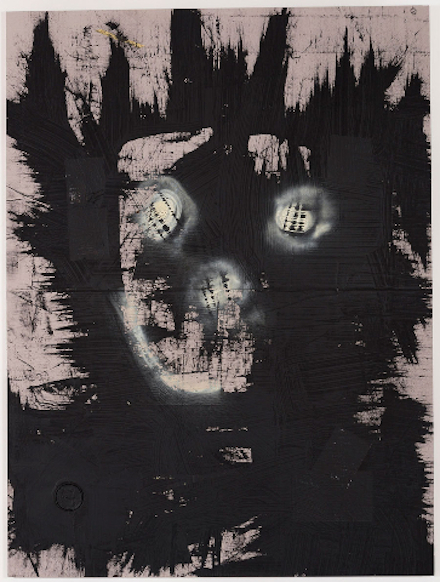 It’s an interesting approach, and one that fits in line with his most recent films, chiefly the big budget Hollywood perversion of Spring Breakers.  Rather than emphasizing the abject as primary subject, the atmosphere violence and indulgence Korine emphasizes pervades the space of the gallery itself.

The current show will continue at Gagosian Beverly Hills through February 14th. 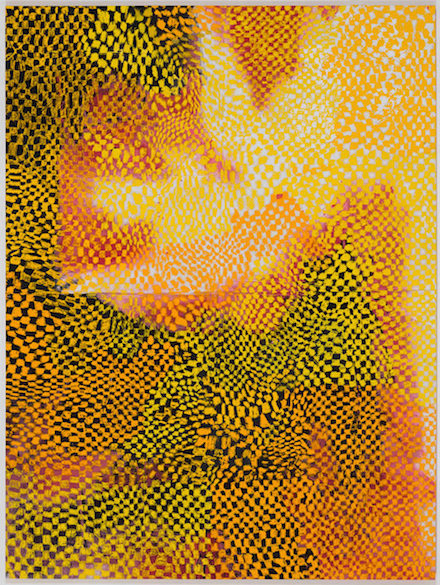 Related Links:
Exhibition Page [Gagosian]
“Harmony Korine Is Back In The Studio, This Time As An Abstract Painter” [Opening Ceremony]

This entry was posted on Saturday, February 14th, 2015 at 12:00 am and is filed under Art News, Featured Post, Show. You can follow any responses to this entry through the RSS 2.0 feed. You can leave a response, or trackback from your own site.