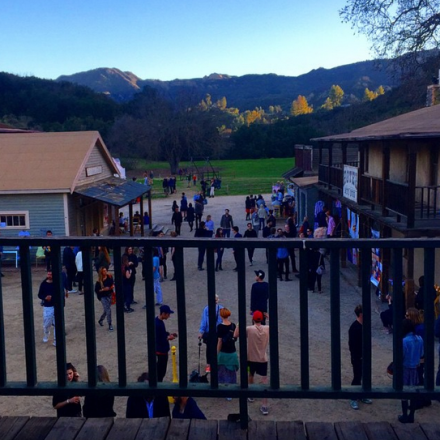 Tucked away in the mountain ranges outside of Santa Monica, the Paramount Ranch is a relic of the Golden Age of the Hollywood studio system, a massive film set and town used to shoot Westerns.  It’s just this history that makes the landscape a fittingly Californian location to stage an art fair.  Now in its sophomore year, Paramount Ranch offers a unique take on the fair experience: galleries and artists are invited to participate, steering away from any formal application process, and the selection of works often leans towards the more imaginative and immediate. 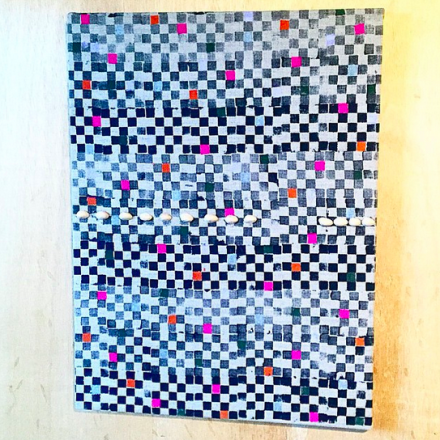 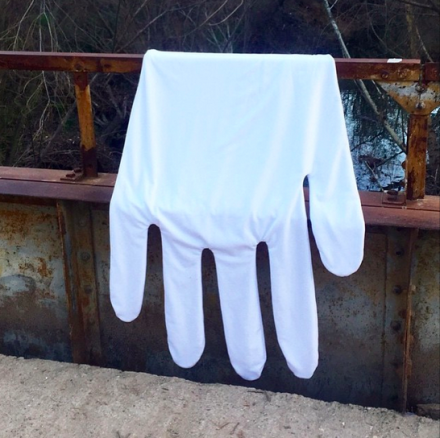 As a result, Paramount Ranch has built a reputation for the bizarre, the exploratory, and the rugged, taking major cues from its dusty environs.  Works are exhibited throughout the Western ghost town, incorporating the landscapes and architecture to make wandering and encountering works just as entertaining as the pieces themselves.  An immense rubber glove by Amanda Ross Ho was draped over one an outdoor railing, for instance, while other viewers encountered works hung up on posts, placed out in the hills around the town, or even tucked away in the top floors of various buildings.  Nearby, artist Lizzie Bougatsos had covered one building in black and white photocopied prints and paint, giving the structure a ragged, anarchic look while she DJ’d inside. 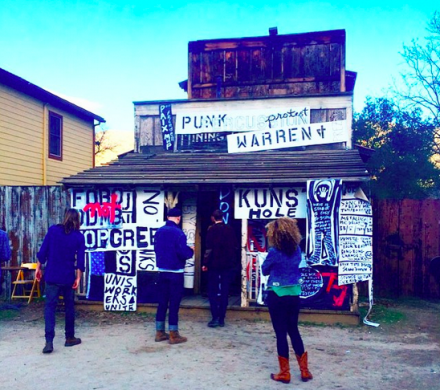 The 356 Mission Building by Lizzie Bougatsos, via Art Observed 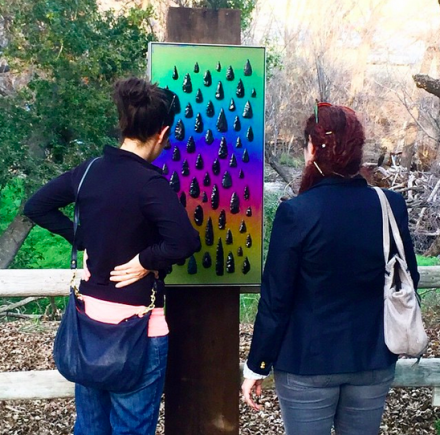 In another twist this year, artists Kerstin Brätsch and Debo Eilers had created Kaya’s House, a miniature ranch house of their own, inside of which the artists were presenting a series of sculptures, casts, and “work outfits,” which they wore to occasionally circle the fairgrounds, dragging paintings behind them.  Other performances included pieces by Karl Holmqvist with UNITED BROTHERS (whose Fukushima vegetables piece gained notable recognition last year at Frieze), and a composition by Sergei Tcherepnin. 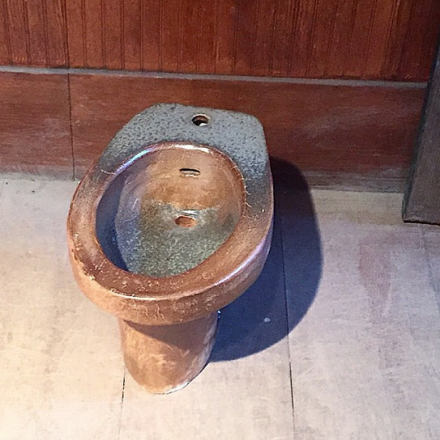 Truth and Consequences at Paramount Ranch 2, via Art Observed 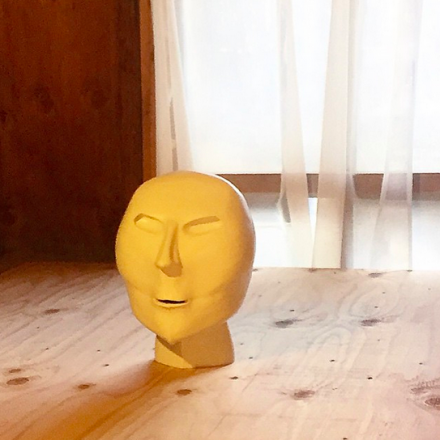 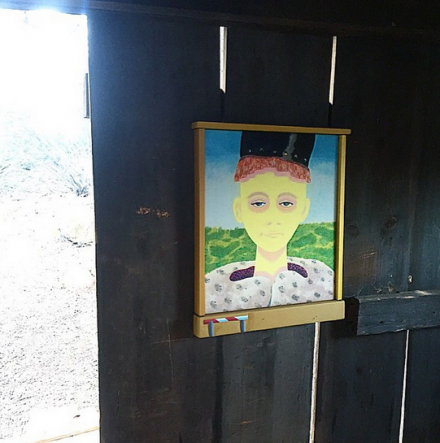 As the fair wound down on Sunday, guests returned to their cars for their drive back to the city, and gallerists began wrapping up their sales in preparation for their return home from the remote location.  With the growing reputation of the event in Los Angeles and abroad, one can assume that Paramount Ranch will return next year, likely in an even larger form. 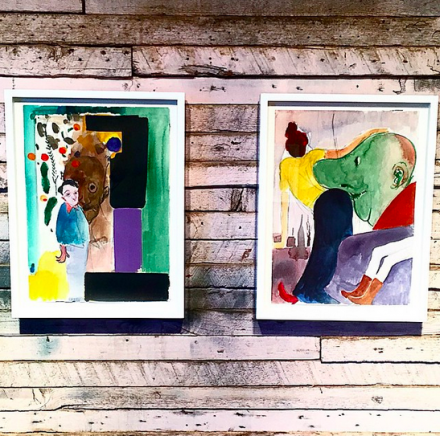 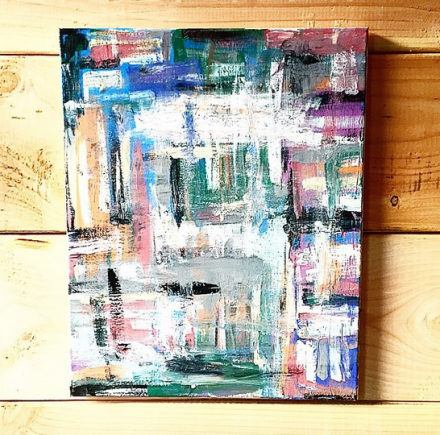 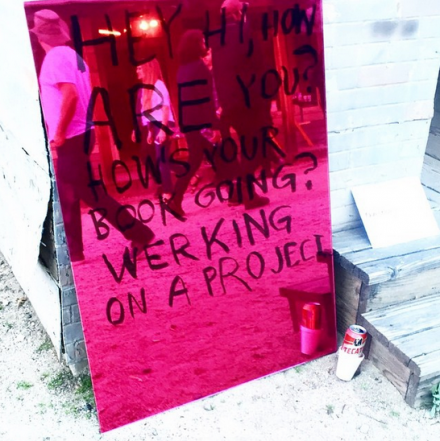 This entry was posted on Monday, February 2nd, 2015 at 9:30 pm and is filed under Art News, Featured Post, Show. You can follow any responses to this entry through the RSS 2.0 feed. You can leave a response, or trackback from your own site.