New York – On Kawara: “Silence” at the Guggenheim Museum Through May 3rd, 2015 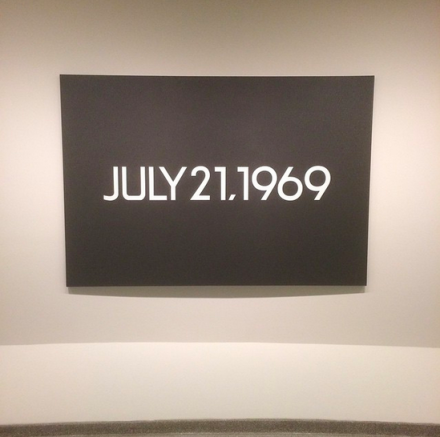 Taking On Kawara’s work at face value, one could imagine that the artist had been preparing for years for a career retrospective.  His near-endless stream of date paintings, accounting records for every book he read or person he met, and his series of postcards and maps are a record of the artist’s daily experience as he lived it, leaving behind a steady stream of locations, times and movements from each day of his life. 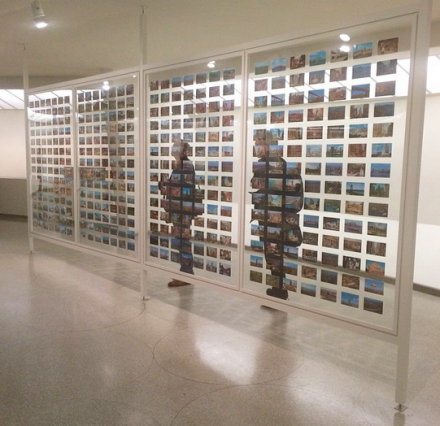 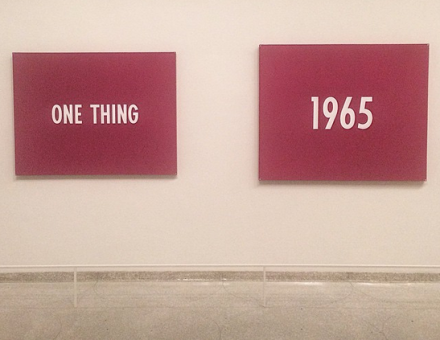 This life in art is the subject of the Guggenheim’s most recent exhibition, a project that was lent all the more significance after the artist passed away in July of last year.  The exhibition is a time capsule of sorts, a flowing record of the artist’s life presented in parallel with that of his life in New York.  Kawara’s project is intricately involved, with intersections of the artist’s personal life, names, dates and numbers that ultimately unfold a deep fabric of interaction with a world that sits outside the objects he presents.  In one work, I Read, the museum presents a daunting tome of books, consisting of titles to each book that the artist read.  In another, a series of postcards from the artist is presented, in which he notifies various friends and acquaintances of what time he woke up that day.  A subtle humor runs through this pieces, notably when one considers how often the artist wakes up after midday. 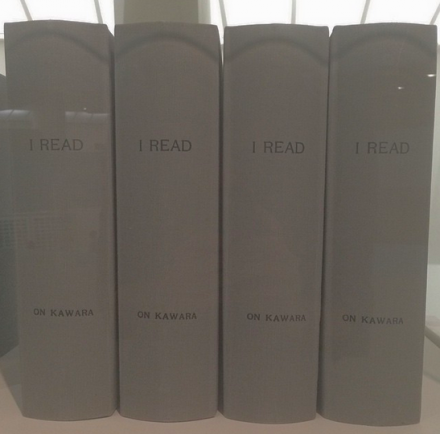 But the exhibition also makes much of the presence of Kawara’s own aesthetic principles.  Each date painting, for instance, is included in a box featuring a newspaper clipping from that day, varying from important news headlines to cut pages that emphasize the geometrics grid of columns and lines on each page.  Rather than a consistent focus on the news of the day, Kawara introduces a flicker of the subjective, a glimpse into his particular engagement of time and place, and an acknowledgement of his own aesthetic determinations inside a drastically restricted expressive format. 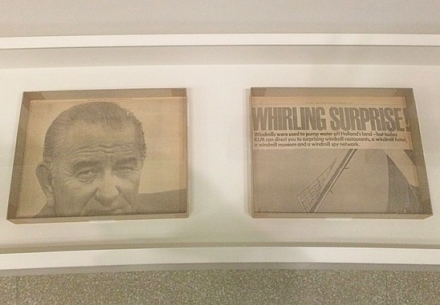 Nowhere is this better seen than a small series of “coded” works by the artist.  Contrasting sharply with the disclosures of time and place throughout his work, the works consist solely of an encoded script, one which has never been broken or unveiled.  Presented alongside the artist’s other works, the piece not only offers a subjective counterpoint to the hard numbers of his life, but ultimately, offers a sort of activating force that gives his project a life of its own.  In terms of Kawara’s project, his endless metrics are given a new life by the interiority of his coded works, a series of pieces that could reveal emotional information, opinions or reflections the artist introduced nowhere else.  Instead, their silent patterns and elevated status as “coded” introduce an element of indeterminacy and instability to Kawara’s work, a choice to remain silent and a refusal to explain its relation to the time that passes around it. 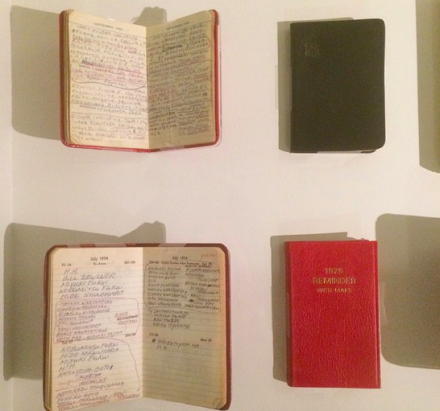 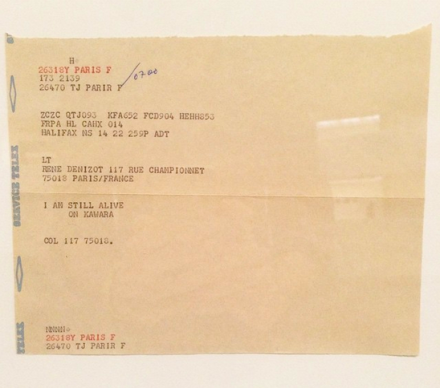 Ultimately, Kawara’s acts of disclosure are always bounded by his experience as a human, open to error, inconsistency and misunderstanding.  But rather than a meticulous attempt at avoiding or eliminating the flaws from his work, the artist’s pieces are in fact a testament to a life lived beyond his work, and perhaps even a body of work living beyond the artist, turning back towards each other in a balanced exchange.  True to form, one cannot avoid their own interpretations and memories tied to the dates that Kawara puts on view: personal birthdays, historical moments or national holidays live beyond the artist’s action, and become focal points of their own, a mirror of sorts that direct the action and function of the artist’s memory and that of its viewers towards vastly different moorings.

Silence is on view through May 3rd. 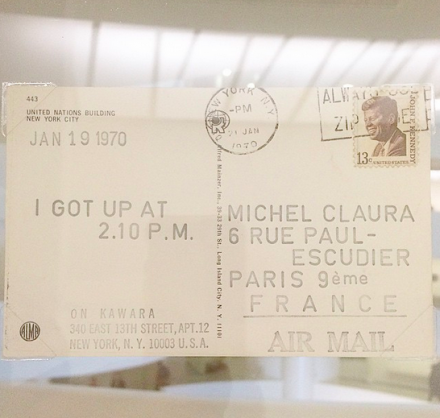 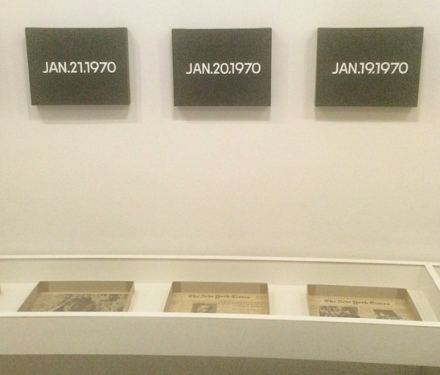 This entry was posted on Sunday, February 22nd, 2015 at 12:00 am and is filed under Art News, Featured Post, Show. You can follow any responses to this entry through the RSS 2.0 feed. You can leave a response, or trackback from your own site.