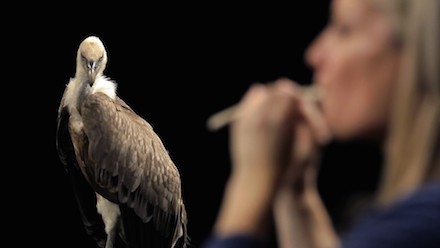 On view at the Philadelphia Museum of Art is an exhibition of recent work by Puerto Rico-based artists Jennifer Allora and Guillermo Calzadilla. Entitled Intervals, the projects on display allude to the notion of the interval: “the time between events, the measure between two points in space, or the range between musical notes.” 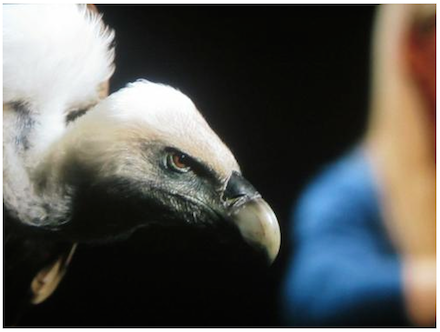 The collaborative duo of visual artists live and work in San Juan, Puerto Rico, and represented the United States at the 2011 Venice Biennale. Allora is from Philadelphia and holds a Master of Science from MIT, while Calzadilla was born in Havana, Cuba and holds an MFA from Bard college. The two met while studying abroad in Florence, Italy and have worked together since 1995 in a variety of media, including sculpture, photography, performance art, sound and video.

The works in the current exhibition are inspired by archaeological pieces that serve as a reminder of various important moments in history, including the oldest musical instrument ever discovered, the remains of nineteenth-century elephants, a prehistoric figurine, and fragmented dinosaur bones. A trio of films will be shown in sequence on three screens, parallel entries shot in Super 16mm and HD that continue the artists’ studies of artifacts and a reconsideration of our relationships to them, including but not limited to the traditional assumptions of what classifies life-forms as human or animal.

Similarly, the work Technofossils trace the use of technology over time, from the first tools of early humans to the electronic media of the twenty-first century. For example, a spark plug that became engulfed in fossilized stone at the bottom of the ocean acts as a an artifact outside the traditional flow of millennia, moving rapidly to preserve itself as a record of an era that is still in process. According to Allora & Calzadilla, this kind of acceleration of the fossilization process which usually takes millions of years, “collapses the intervals between past and present, technological process and obsolescence, mandmade materials and natural phenomena.”

Also involved is a sound installation, Interludes, which strings together the breaths commonly muted from unmixed vocal recordings, which most of the time go unheard or edited out of mastered musical tracks. Two performances are also scheduled for selected dates: In the Midst of Things, a choral performance; and, a Concert for Elephants, a revisitation of a performance in which an orchestra played to two elephants in Paris in 1798.

The exhibition will remain on view through April 5, 2015. 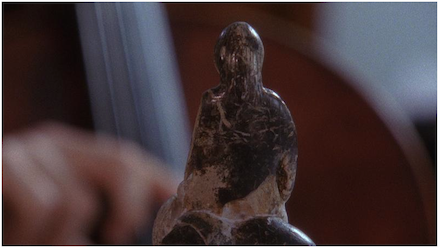 This entry was posted on Thursday, February 26th, 2015 at 12:00 am and is filed under Art News, Featured Post, Show. You can follow any responses to this entry through the RSS 2.0 feed. You can leave a response, or trackback from your own site.