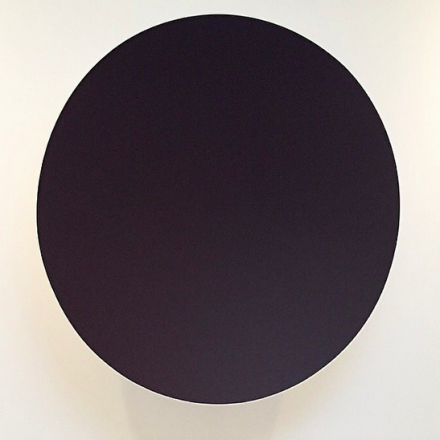 On view at Regen Projects is an exhibition of recent sculptures by the Bombay-born, London-based artist Anish Kapoor. The series focuses on terrestrial forms made from resin and earth contrasted, with two of the artist’s signature, mirror-surfaced works. 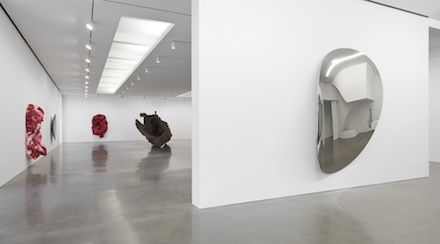 Kapoor is best known for his site-specific installations and their large scale properties. Many of his works appear to recede into the distance, disappear into the ground, or simply distort the space around them as a result of their polished surfaces and large scales.  He generally works with very heavy materials such as limestone, granite, and marble, but since 1995 he has also begun working with the highly reflective surface of polished stainless steel, as well as massive clumps of wax. The mirrored surfaces of the works in this show distort the surrounding space and the viewer with in its surface, while other works are monochromatic voids with concave interiors that seemingly float on the gallery walls.  In one work, Gold Corner, Kapoor creates a four cornered, reflective illusion utilizing a carefully placed bubble of steel in the gallery’s corner. 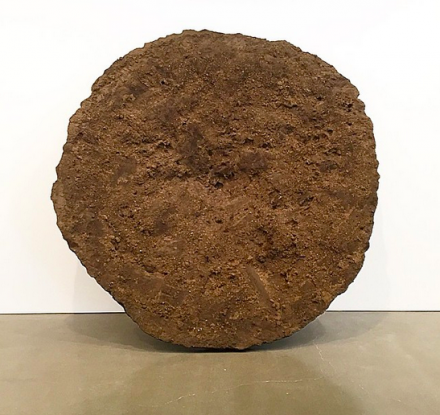 Three wall sculptures, entitled Keriah (I, II, III), hang in a form that imitates decay. These works refer to a Jewish practice involving the tearing of clothes, and are executed with twisted molds of silicone and pigments.  Perhaps Kapoor’s most visceral work in recent memory, the pieces make a startling parallel to torn flesh and viscera, creating an emotionally jarring moment for the gallery viewer. 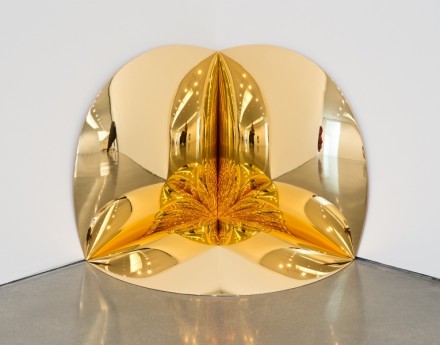 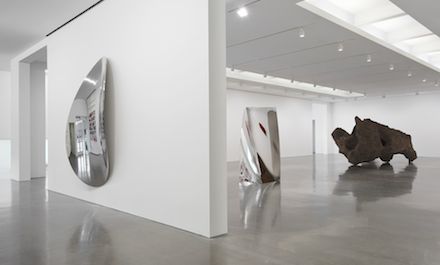 Born in 1954 in Bombay, India, Kapoor has lived in London since the early 70’s . He represented Britain in the XLIV Venice Biennale where he won the Premio Duemila Prize, and one year later in 1991 he received the Turner Prize. He received a Knighthood in the 2013 Birthday Honours for services to visual arts, and in 2014 he received an honorary doctorate from Oxford.

The current show is Kapoor’s 5th with Regen Projects. He has a longstanding relationship with Lisson Gallery in London and regularly shows with Gladstone Gallery in New York, but he chooses to operate independently from gallery representation.

The current exhibition at Regen Projects will continue through March 7, 2015. 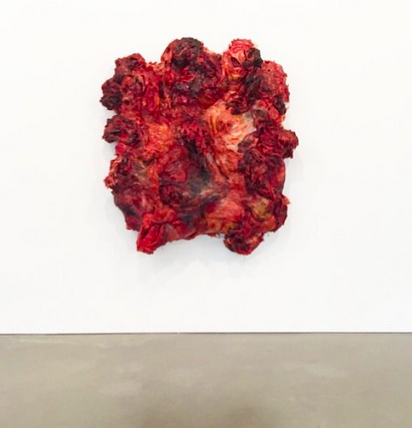 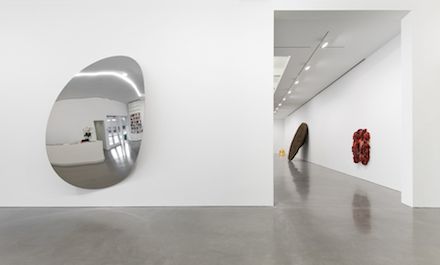 This entry was posted on Wednesday, March 4th, 2015 at 12:00 pm and is filed under Art News, Featured Post, Show. You can follow any responses to this entry through the RSS 2.0 feed. You can leave a response, or trackback from your own site.