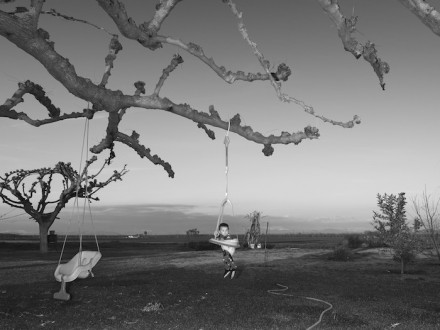 Alec Soth presents an exhibition of over 25 new black-and-white photographs at Sean Kelly, focusing his lens on small-town community events across America. Soth’s work has frequently delved into the modern day folklore of Americana throughout his career, capturing images that are at once familiar and spellbinding. 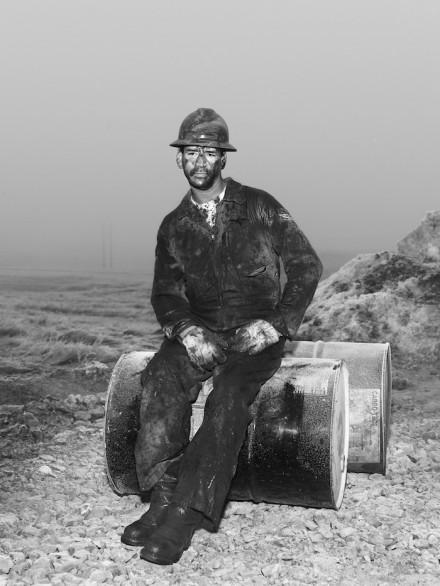 Traveling with writer Brad Zellar for two years, sometimes on trips that lasted for weeks, Soth visited dances, festivals, and numerous other gatherings to witness the fabric that holds small American communities together. In each new town, they introduced themselves as reporters for their fictional newspaper, LBM Dispatch, which ran for seven issues. Their travels spanned the United States—upstate New York, California’s Three Valleys, Georgia, Colorado, Texas, Ohio, and Michigan—with an issue of the newspaper for each region. Even standing apart from the text of this newspaper-style storytelling approach, Soth’s captivating photographs each tell a very real, very personal story. Devoid of the concreteness of the written stories, the themes of the photographs are left to the viewer to find, an interpretive quality Soth prefers, calling it “musical.” 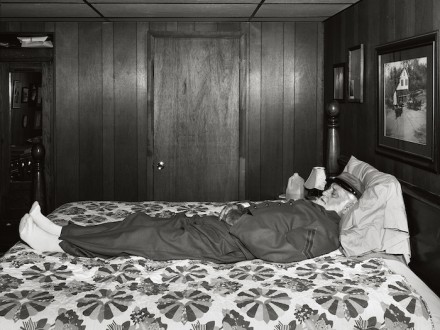 From high school cheerleaders and football players to neighborhoods and landscapes that, despite their wide variation, readily evoke an intrinsically American sentiment, Soth is able to show the kind of interaction that still exists within communities and between people and their environment, despite the distance social media seems to increasingly foster in the modern day. Some photographs call to mind an era that feels long gone—a man dancing alone, suggestive of a dancing partner now passed; a woman in a bonnet and petticoat backgrounded by a parking lot; a man laying in bed dressed in full war regalia, bearded and shoeless with a furrow in his brow. Even in these scenes centered on solitary subjects, the context is heavily populated and oftentimes nostalgic. 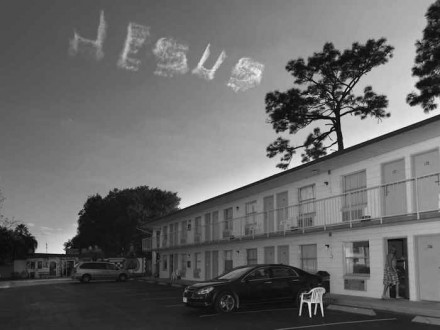 Soth’s views of the American landscape are also heavily influenced by the human hand. In The Key Hotel. Kissimmee, Florida, the word “Jesus” is etched into the sky in fumbled, blocky cloud letters. In the foreground, a shirtless man in a bathing suit is stepping inside his lower-level apartment or motel room, appearing to have just gotten up from a lawn chair in a parking spot. The appearance of the word “Jesus” in the photograph seems to speak less to a sort of religious mysticism—the omnipresence of God watching from on high—and more to the inseparability of Christianity and so many aspects of American culture, particularly Southern culture. The faith written across the sky paired with the barefoot man in his home call to mind the rugged, straightforward moralism so often found in small-town America, one that is unmatched almost anywhere else in the world. 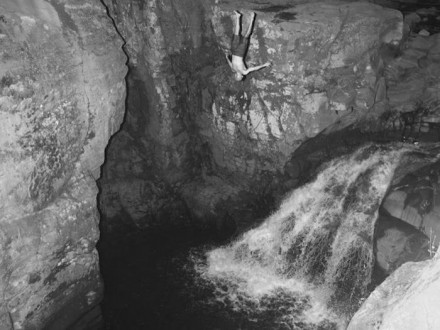 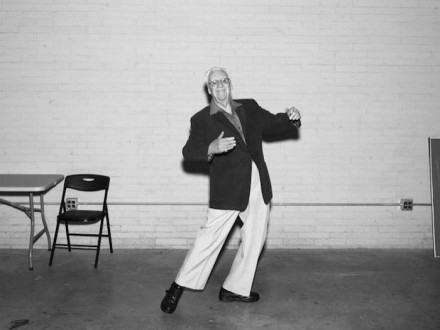 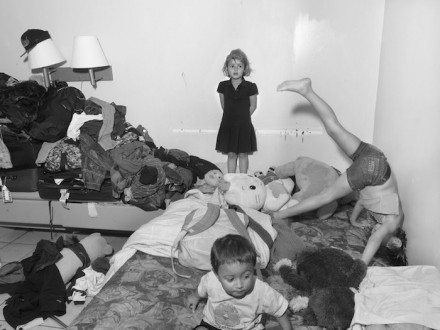 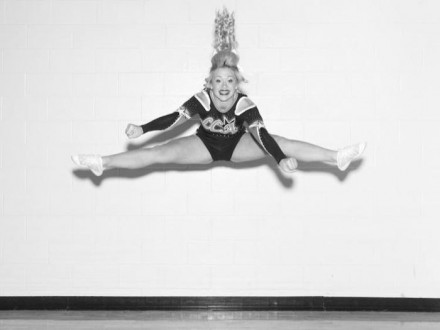 This entry was posted on Monday, March 9th, 2015 at 12:00 am and is filed under Art News, Featured Post, Show. You can follow any responses to this entry through the RSS 2.0 feed. You can leave a response, or trackback from your own site.