New York – Andrew Kuo and Scott Reeder: “It Gets Beta” at Marlborough Chelsea Through March 28th, 2015 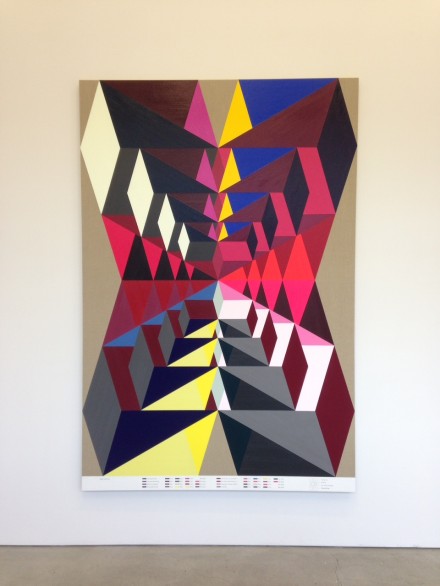 Marlborough Chelsea and its second location on Broome street recently hosted a two-man show featuring the work of Andrew Kuo and Scott Reeder.  Entitled It Gets Beta, this ambitious selection stems from a subdued affinity Kuo and Reeder share in their artistic practice, combining Kuo’s juxtapositions of sharp-edged abstract structures and humorously mundane charts with Reeder’s equally, if not less, witty lists of random topics, a comical one-two punch that plays on various constructions of the art historical as a fertile ground for playful subversion. 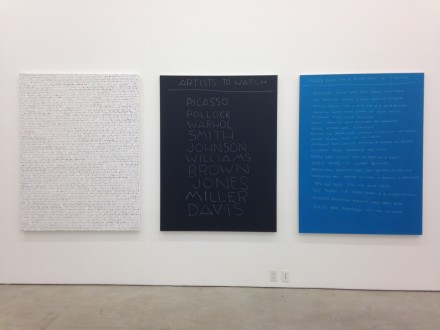 It Gets Beta (Installation View)

Humor, considerably the most significant common point for Kuo and Reeder, returned in various forms throughout the show, mostly apparent in works that use text as a mode of expression. Kuo’s large chart paintings such as Oops (2/9/15), So Sorry (1/29/15) or Fish (12/19/14) may seem like experiments on geometric abstraction, with their hypnotic effects and tightly executed surfaces, yet a closer inspection guides the viewers to the bottom of his acrylic and carbon transfers on linen, where the RISD graduate breaks down the color schemes he creates with info-graphics.  Attributing another layer to his geometric patterns, these charts span various topics related to contemporary culture, from music to TV shows, mocking the arguably silent language of abstract art and popular culture simultaneously. 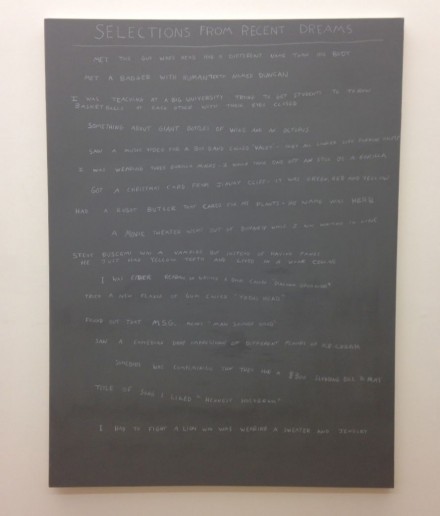 On Reeder’s side, humor and text merge in a more upfront and vocal way, presenting the text component as the centerpiece of his wax, pastel and acrylic compositions on canvas. As opposed to Kuo’s charts, schemed to accompany his large scale abstractions, Reeder’s lists, reflecting on similar topics as Kuo’s, stand out as his core focus. The artist’s lists pursue a tone that is both memorial and personal, as works such as More Ideas for a TV Show, Artists to Watch or Book Titles (Fiction and Non-Fiction) seem to reflect different pages of a diary or a notebook, presumably the artist’s, where he accumulates his thoughts on random subjects with an arbitrary handwriting. 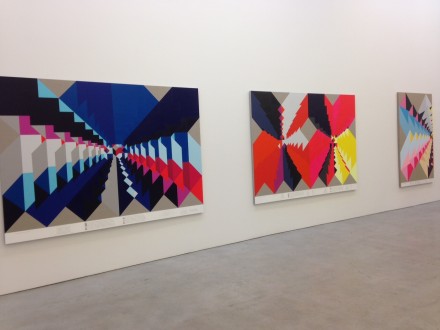 It Gets Beta (Installation View)

The second leg of It Gets Beta continues at the gallery’s Lower East Side location, with a smaller group of works, as well as a stripped bare “nightclub” installation that has been created inside the gallery space. Entered through an exceptionally small entrance inside the gallery space, the nightclub so far has hosted various events from a Karaoke night to a stand-up show.

Andrew Kuo and Scott Reeder: It Gets Beta is on view at Marlborough Chelsea through March 28, 2015. 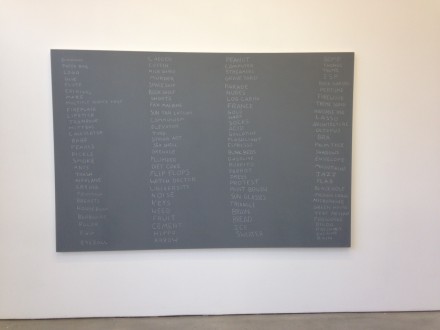 This entry was posted on Tuesday, March 31st, 2015 at 5:36 pm and is filed under Art News, Featured Post, Show. You can follow any responses to this entry through the RSS 2.0 feed. You can leave a response, or trackback from your own site.