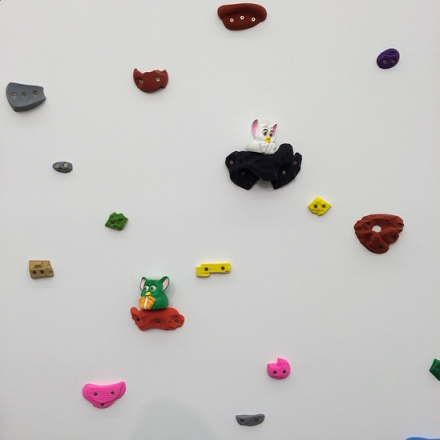 For the past several years, The Jogging co-founder Brad Troemel has been pushing his focus on commodity consumption, appropriation and use to new highs.  There were his works during a residency The Still House Group, vacuum-sealed fish and wild grasses on canvas that pushed notions of the still-life to a shockingly immediate result, not to mention his first show with Zach Feuer last year, when the artist showed a series of Semiotext(e) publications combined with organic raw beans and fake dreadlocks.  For his second exhibition with the gallery, Troemel drives his work forward yet again, examining the palimpsestic ideologies of the art world from both inside and out. 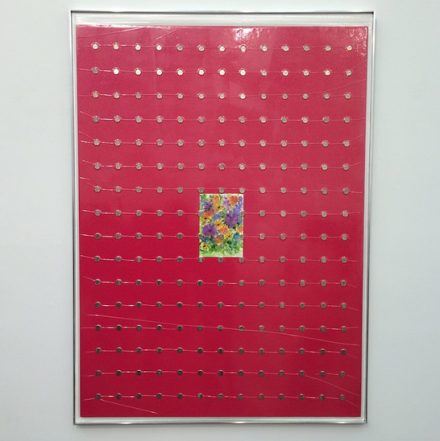 The exhibition is something of a confounding experience for initial viewers: works by “CTA’s (Celebrity-Turned-Artists, as Troemel calls them),” including pieces by former Guns ‘N Roses guitarist Buckethead, and Brandon Boyd, lead singer of Incubus.  Incorporating these works into his own signature vacuum-sealed, cryptocurrency-adorned techniques, Troemel effectively claims them as his own, emphasizing his ownership of the works as his entitlement to re-purpose and re-exhibit them. 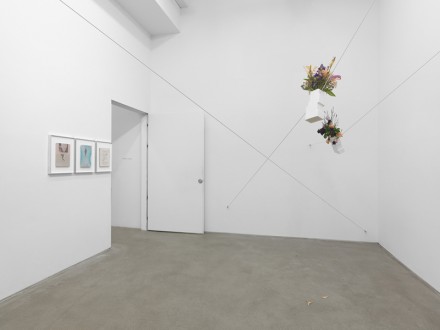 The objects Troemel chooses are specific in their packaging of cultural value, icons that express a distinct ideological position that is still distinctly marketable, particularly in terms of the high-minded vantage point of fine art, or the high yields of the art market.  Perhaps most interesting is the notion of entitlement to production, the assumption of the mantle “artist” by any number of personalities from across the spectrum of public celebrity.  That Bam Margera of Jackass-fame can assume carte blanche places the work itself as an extension of his own notoriety, a marketable commodity with a nicely bundled cultural backdrop. 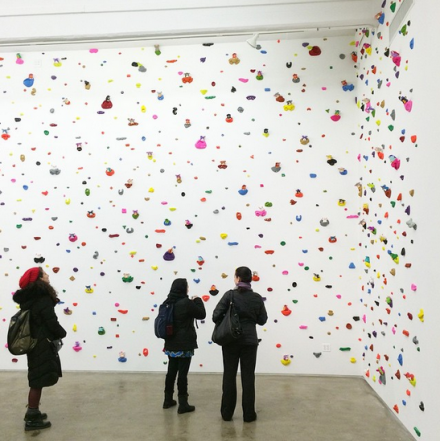 What makes his work here particularly notable is his understanding of what these pieces, both his and his subjects, do in conjunction, the sort of cross-cultural exchange that made his work with The Jogging an icon of the early years of Tumblr’s participatory art environments.  Combining these vantage points, Troemel has created shockingly bizarre portraits of modernity, where market functions, aesthetics, and identity construction are often inextricable.  Nowhere is this better seen than his full-wall installation of mountain climbing grips and limited edition Furby’s from McDonald’s Happy Meals, a massive cluster that plays its gallery context against its divergent symbols of “lifestyle sports” and industrial fast food. 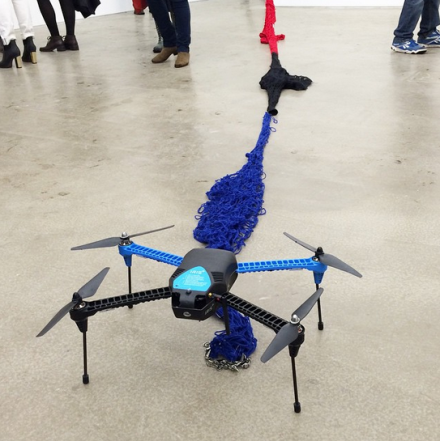 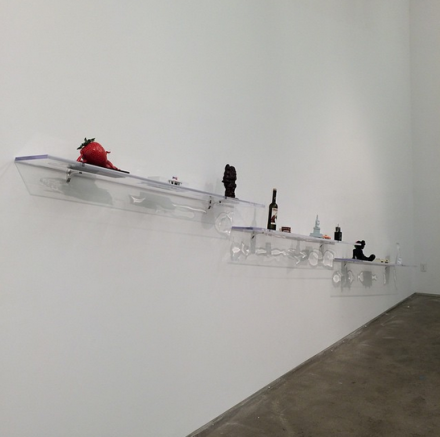 Bemoaning of the term “curator” in the art world is in vogue, and Troemel seems particularly aware of it.  Titling the show Selections from the Troemel Collection, his acts of semiotic collision, and what’s more, his emphasis on “ownership,” is deliberate in its stark contrast, forcing a gray area between aesthetic rigor and mass commodity aggravated by each side’s longing for the other.

On View: Selections from the Troemel Collection is on view through March 28th.

This entry was posted on Monday, March 16th, 2015 at 12:00 am and is filed under Art News, Featured Post, Show. You can follow any responses to this entry through the RSS 2.0 feed. You can leave a response, or trackback from your own site.