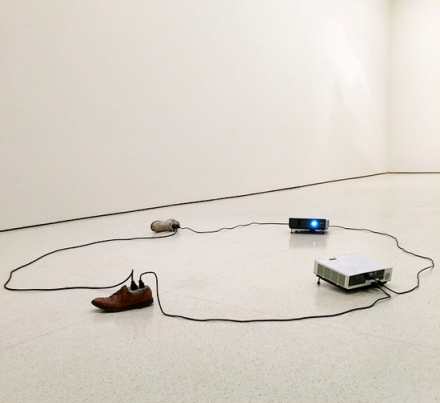 This diversity of practice was what earned him the 2014 Hugo Boss Prize, one of the U.S.’s top honors, and an exhibition at The Guggenheim.  Given his output over the past decade, the artist is presenting a new series of sculptures that combine his recent publishing ventures with his particular approach to ready-made, object-focused sculpture. 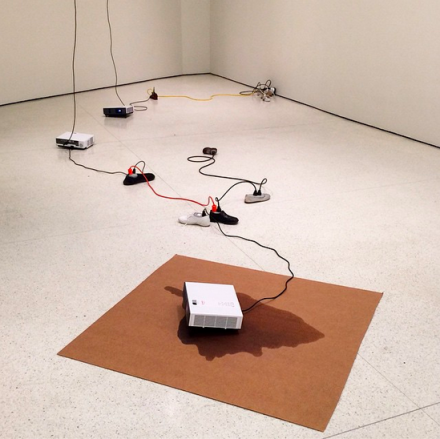 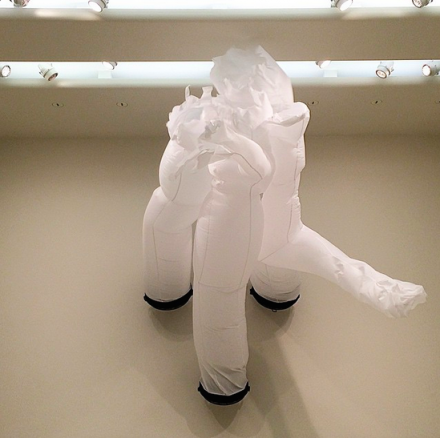 The exhibition itself is bare bones, to say the least: a series of projectors, connected by VGA cables and power adapters form looping pathways of wire that cluster and twist, at one point looping over the slatted panels of the museum’s ceiling on the fifth floor.  The connected machines, powered through a set of cement-filled shoes doubling as power sources, flicker with white screen, showing nothing on the walls but a dim white light.  In another corner, a cluster of immense, torn nylon tubes billow from the wind of an unseen fan, reminiscent of the flailing promotional balloons often seen outside car dealerships and fire sales. 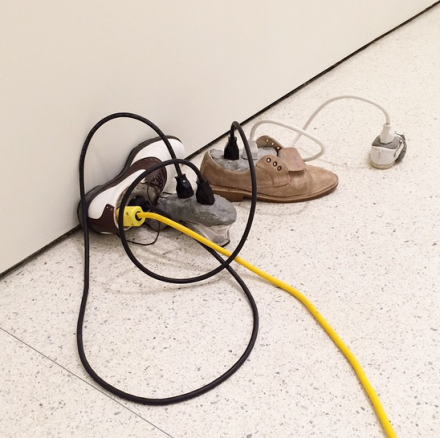 Chan’s exhibition is also accompanied by the release of his erotica series, the aptly titled New Lovers, featuring works by emerging writers working in the genre.  The exhibition is on view through May 13th. 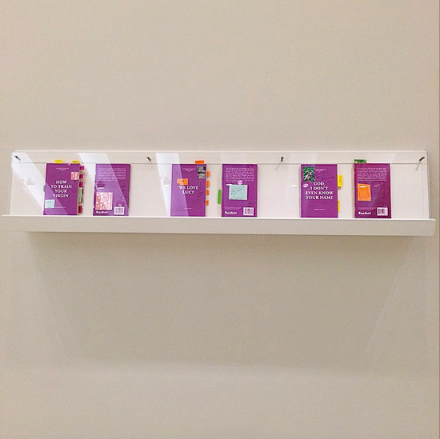 This entry was posted on Friday, March 20th, 2015 at 12:00 am and is filed under Art News, Featured Post, Show. You can follow any responses to this entry through the RSS 2.0 feed. You can leave a response, or trackback from your own site.