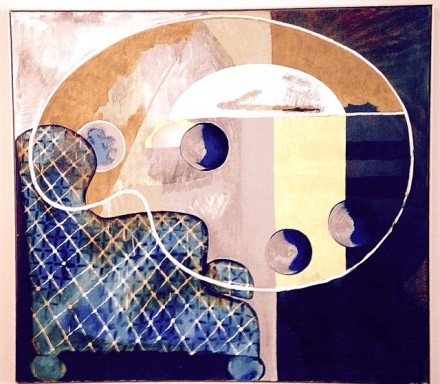 Petzel Gallery is currently inaugurating its new uptown location with early works from contemporary abstract painter Charline Von Heyl. Considered one of the leading female contemporary abstract painters, the New York based artist, known for an eclectic style which admires both the natural and the constructed.  Serving as a window into the painter’s early work and artistic roots, Düsseldorf: Paintings from the early 90’s is a collection of paintings never before shown in the U.S. Shown in Cologne and Munich during 1991 and 1995, these paintings posses a bold approach to abstraction, with their provocative aesthetic strength and impressive historical awareness.  In light of a past show with Petzel in September of 2013, this exhibition provides insight into some of the deeply rooted artistic practices that are still present in Von Heyl’s current works, combining heavy use of illustration and abstraction to powerful effect. 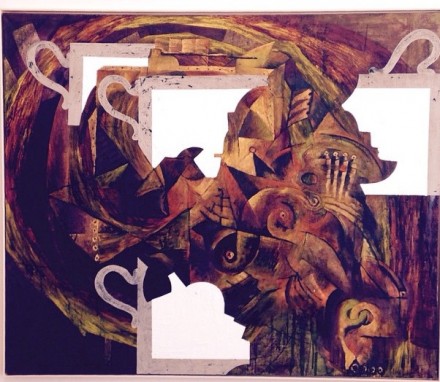 Cologne’s art scene in the late 1980’s ignited a lasting creative debate, picking apart solid conventions of aesthetic judgement and taste.  It was within this surge of German skepticism that Von Heyl and colleagues such as Martin Kippenberger and Albert Oehlen operated.  Von Heyl worked in the studio of Joerg Immendorff while living and exhibiting in Dusseldorf.  A flexing of the artist’s of carefree juxtapositions, Von Heyl’s early paintings are a mash-up of surrealism, abstraction and cubism. Consistent stylistic freedom tie together the works of Dusseldorf: Paintings from the Early 90’s, as warm tones of brown, orange and yellow mix smoothly with cool blues and greens. Loose lines and gestural marks stack against sharp lines at 90 degree angles while more representational imagery share space with these geometric forms. 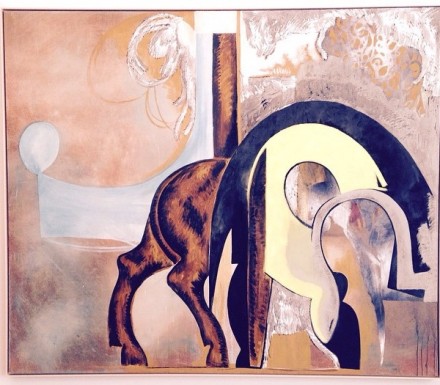 With no required distinction between the realistic and abstract forms, one untitled painting on display combines clean, curved lines with a representational rendering of the rear end of a horse.  Two opposites undoubtedly become whole as naturally cascading abstract curves complete the image of the horse, serving as the figure’s legs and head. An abstraction standing as its own creaturely invention, the work grounds many of her current practices. The work recalls one of Von Heyl’s pieces from her last show at the gallery, Carlotta, which depicts a woman’s face transitioning into abstract lines and shapes. Organic shape and color interactions render the remaining elements of the face and head. 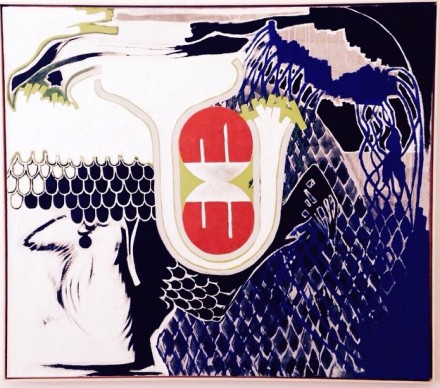 Throughout, marks and layers swirl, as Heyl’s combinations become fragmented renderings capable of standing on their own. Difficult to pin down, these surface tensions provoke personal strong interpretations, an undeniable strength in Heyl’s current work. Untitled (1993) similarly mixes both decorative and organic patterning, with arrangements that appear to be both fishing nets and fish scales, framed by feathered gestural marks. Ultimately serving as abstraction in some of its purest forms, the works on display in Düsseldorf pull from all aspects of life, allowing its combinations to exist as images of their own. 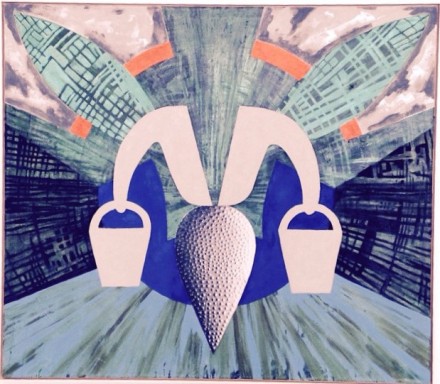 All images courtesy of Rachel Williams for Art Observed.

This entry was posted on Thursday, April 30th, 2015 at 2:17 pm and is filed under Art News, Featured Post, Show. You can follow any responses to this entry through the RSS 2.0 feed. You can leave a response, or trackback from your own site.