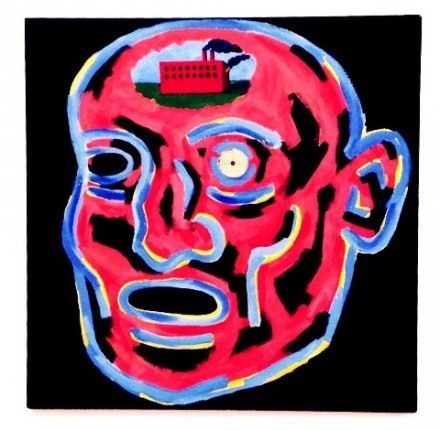 The group show is an undeniable part of the New York art world’s summer repertoire, dabbling in different styles and scenes while blending together the works of artists ranging from the young to the historical, emerging to the iconic. Among the early entries into the spring group show calendar is Debris currently on view at James Fuentes Gallery in the Lower East Side. This show is packed with familiar, utilitarian, and recognizable objects, many of which can be easily found in the vibrantly fluid New York urban landscape. 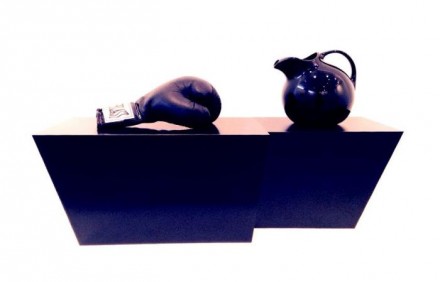 Inspired by the iconic and internationally recognized artist David Wojnarowicz, Debris spotlights the timelessness of his work as it speaks to a second generation of downtown artists.  A prolific figure in avant-garde and mixed media art, a group show inspired by Wojnarowicz is undoubtedly filled with artists who avoid the safe, politically correct or marketable, and the show is filled with a combination of gritty colors, cultural portraits, and objects pulled from the modern cultural landscape. In honor of an upcoming retrospective at the Whitney Museum, Debris displays the youthful early eighties spirit of Wojnarowicz, with ready-made pieces including a “Made in China” teapot, a rubber duck, and ripped a movie poster.  Debris delightfully rejects the academic masterpiece, and grants its merit to found objects as they appropriate, and manipulate each artist’s personal cultural capsule. 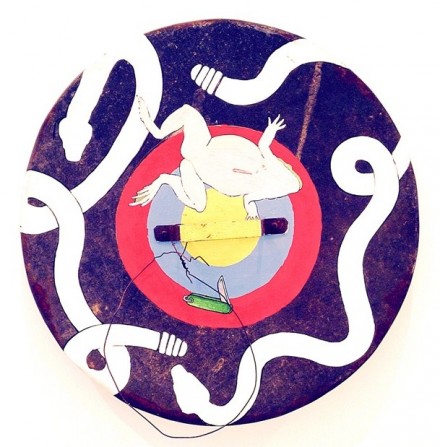 Fuentes uses his white walls to glorify overlooked and everyday objects, renaming them “sphinxes from the real debris of human life.”  A Wojnarowicz piece entitled Frog Shield, for instance, is essentially a city trash can lid used as a canvas, dancing with clean lines, bright primary colors and swirling details that ignore the surface’s three dimensional properties. A charismatic approach to the painterly surface, the piece is carefree and definitely attractive. Setting the tone for the exhibition, Frog Shield places painting in conversation with the ready-made and most importantly an academic dialogue on top of another.

Also on view in the Project Space of James Fuentes Gallery is the work of artist Eric Mack. Perfectly paired with Debris, Mack presents a large-scale, sculptural, abstract painting that makes robust use of ready-made objects.  Hypnotic patterned dots inside stacked peg boards illuminate layers of abstract multimedia paintings. Mack is definitely paving his own road in expanding the definition of painting here, with a piece that functions in both the two and three dimensional dialogues. Mack received his MFA from Yale University and is currently an Artist-in-residence at the Studio Museum in Harlem.

All images are courtesy of Rachel Williams for Art Observed

This entry was posted on Thursday, April 23rd, 2015 at 8:57 am and is filed under Art News, Featured Post, Show. You can follow any responses to this entry through the RSS 2.0 feed. You can leave a response, or trackback from your own site.