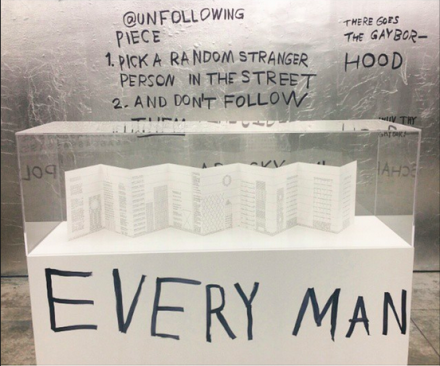 The current exhibition at Gavin Brown’s West Village exhibition space is abrasive, to say the least.  Focused around the life and work of Karl Holmqvist, the three room exhibition is adorned with the artist’s goading vitriol towards New York real estate, gay culture, social media, the art world “star machine,” and what seems to be anything else that crosses his mind, combined with immense, industrial sculptures composed from the letters in words like “Fuck,” “Punk” and “Like.” 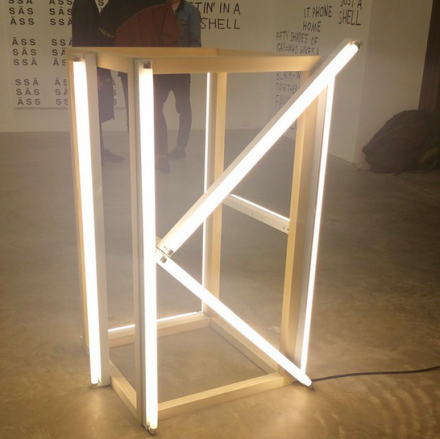 The exhibition continues Holmqvist’s interest in the grating sonority of language, and its role as both a globalized method of information exchange as much as it is a reflection of localized relations and culture.  Perhaps its this reason that the artist relies so heavily on the more vulgar capacities of language here, in an exhibition exploring the gradual amplification of  global investment and wealth consolidation against the backdrop of New York real estate.

Pulling signifiers from the punk and homosexual subcultures that came to define New York City during the 1970’s, 80’s and 90’s, Holmqvist’s work here seems invested in placing these cultural forms in stark opposition to the clean, cash-rich buyers scooping up the most expensive properties in the city. 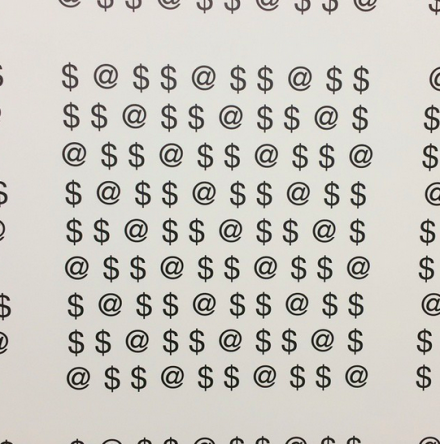 Holmqvist paints a picture of a New York where its history as a gritty enclave for more radical social elements serves partially as window dressing to the ostentatious wealth of the global elite, and where the only locales for the parallel histories of culture in the city to still exist are within a tightly framed gallery system.  Equally at stake are the gay subcultures that defined New York’s most iconic nightclubs, venues and art spaces. His constant presence of the word “Ass,” adorned with stylistic adornments (safety pins, buttons, etc) point back to the radical elements of gay and punk subculture. As the cultural oasis of 20th-century New York disappears, so too does its most welcoming, diverse elements, Holmqvist seems to say. 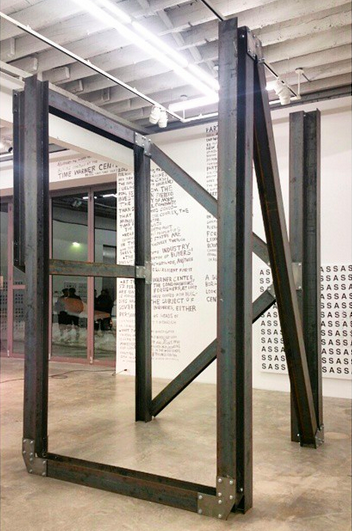 Yet simultaneously, the artist is willing to work far beyond facile nostalgia, digging into the actual economic realities New York’s real estate boom is built on.  The sense of buildings and land as a speculator’s game, or perhaps more explicitly, the speculation of space in New York City, takes on more sinister undertones in Holmqvist’s hand, noting the number of top-flight apartments and residences (helping to drive up rents in the city) held by a minuscule group of foreign shell corporations, major oligarchs and suspect international figures.  New York’s land worth, he points out, is partially built on the most unstable peaks of capitalism, often targeted at the highest tiers of the global elite, figures whose incomes and holdings may lean over into the shadowy ends of arms dealing, oil trading, or government corruption. 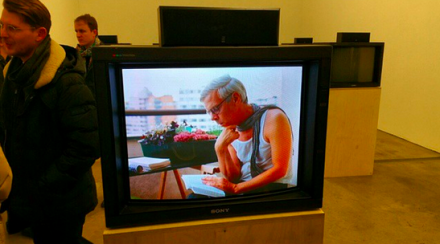 At the same time, his texts here explicitly define the city as a skeleton (“Air B’n’B + Time Share Condo = Skeleton Avenue,” one piece reads), a group of interlinking neighborhoods rent by the immense values available to speculators and corporations using the city as a haven for financial investment.  As these residences continue to spring up, their rentals as temporary living spaces reduce the land available to residents, pushing them further outside the city center while the space they leave remain mostly unused. 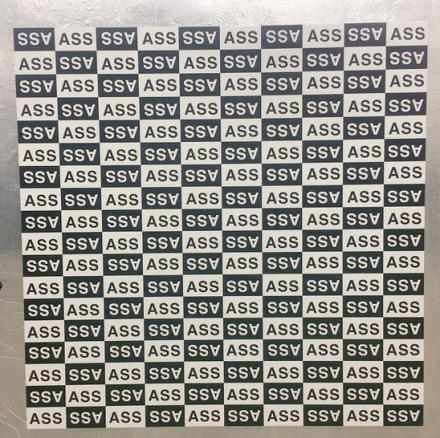 Joining these works are a series of video portraits of the artist shot by Rikrit Tiravanija, depicting Holmqvist at his home in Berlin.  Reading texts, shaving, or working, the videos capture the artist in a subdued space that carries an exceedingly strong clout in contrast with the bold-faced stances of the works in the adjacent rooms.

These multi-tiered exhibitions have worked exceedingly well at Gavin Brown’s over the past few years, and Holmqvist’s work here offers an intriguingly nuanced take on the fine balances of power in real estate and identity by breaking its message into multiple components.  Here, the exhibition’s lone sour note comes against the backdrop of the gallery’s impending relocation, a real symptom of the issues Holmqvist foregrounds, and one which sounds ominously as the viewer leaves an impeccable gallery space forced to move in response to this same acceleration.

The exhibition is on view through April 25th. 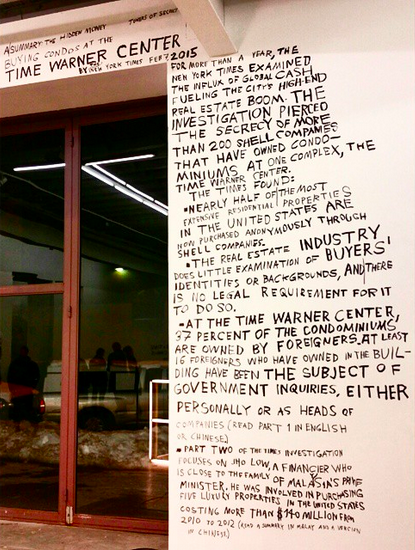 This entry was posted on Wednesday, April 8th, 2015 at 12:00 am and is filed under Art News, Featured Post, Show. You can follow any responses to this entry through the RSS 2.0 feed. You can leave a response, or trackback from your own site.