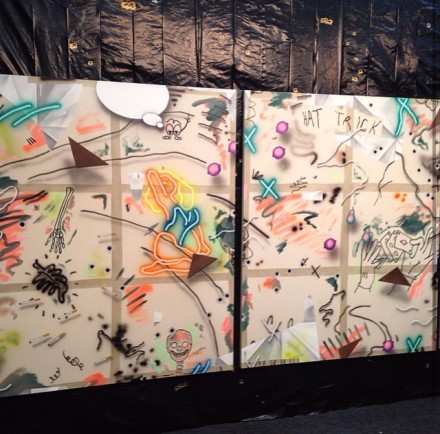 Josh Reames at Johannes Vogt, all photos via Art Observed

NADA New York returned to the edge of the Lower East Side, drawing a diverse, hip crowd to the Basketball City complex. Free in price, NADA once again brought high-quality exhibitors and young artists, combining art from regional and international galleries alongside NYC Downtown heavy hitters.  This year’s preview event was an engaging alternative to the bright lights and high prices of Frieze. Embodying the social, communal nature of the city’s young arts scene, NADA’s Preview day was filled with with conversation, friendly jokes and familial reunions.  Maintaining the lightness of art openings opposed to the serious air of sales oriented art fairs, the galleries, their friends and artists will spend this weekend sipping drinks out of plastic cups while a roster of interdisciplinary performances, conversations and events take place. 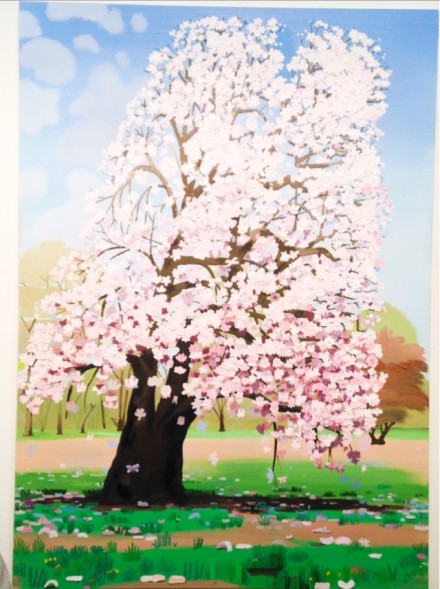 Daniel Heidkamp at Half Gallery

Collectively, NADA successfully highlights the infinitely distinct perspectives present on the young art scene. Half Gallery, a space that has managed to position itself snugly between upmarket clientele and a certain downtown cool, set up with a strong  set of painters exploring realism and figuration.  Displaying the work of Daniel Heidkamp in the dead center, viewers were lured by his sophisticated springtime palette and playful approach to realism.  Heidkamp also presented one of the specially desined Print All Over Me t-shirts on sale at the front desk, and returned alongside Genieve Figgis, whose paintings  blend humor and realism inside her nostalgically historical lens. Figgis blends two very distinct painting processes: strong, tight lines paint a scene inside Helen Frankenthaler-styled pours, resulting in a melted, surrealist world. 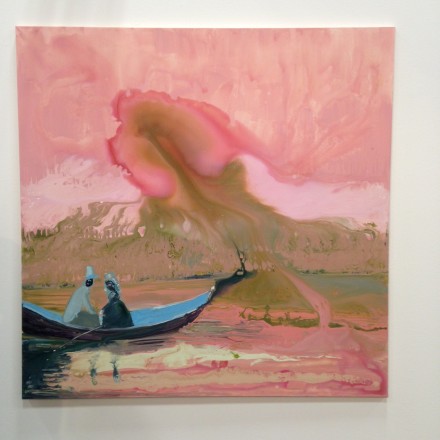 Genieve Figgis at Half Gallery 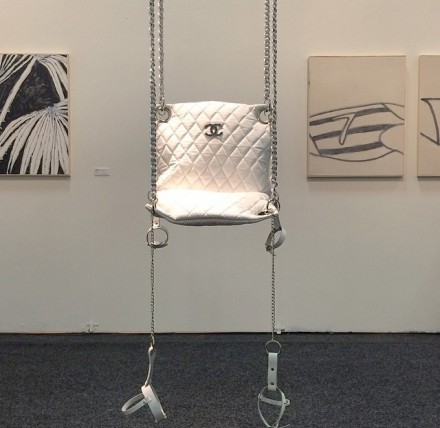 NADA was packed with unfamiliar art objects and sculptural works. Near the front desk, guests were greeted by a wall sized painting from Wendy White, presented by Rawson Projects.  Visceral, tactile, and immersive, the painting is an immense bleached rug. Disorienting and fearless, the piece dabbles in art historical processes while maintaining a strong focus on the painted image.  Conversely, at Division’s booth Chloe Wise put a spin on readymade sculptures in a series of pieces that transform objects while  highlighting a luxury capitalism moving towards an open-ended, objective narrative.  In another bizarre sculptural object, a tower next to a series of works broadcast an ongoing poker match between a group of artists, among them Andrew Kuo, with the winner taking home a new selection of pieces. 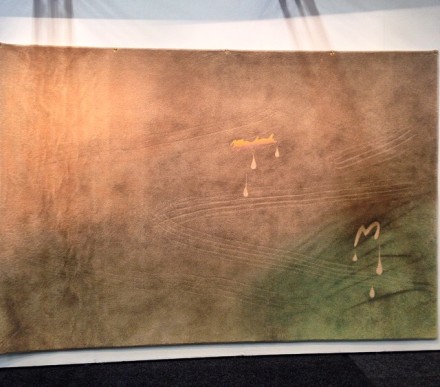 A large number of galleries dedicated their spaces to an entire artist or installation.  Johannes Vogt Gallery did just that, turning heads with a booth draped in a black tarp housing holding playful, internet-inspired abstract paintings by Josh Reames. This trend of withdrawal within booth spaces seemed to be present across the city this past week, as similar attempts at withdrawing or folding the white cube space of the booth could be seen.  Just a few aisles away, Rod Bianco had pared down the measurements for the entrance to its booth, forcing viewers to crouch down before getting inside to view new work by Vaginal Davis. The Vitrine a gallery in London introduces a hanging fabric installation by Jonathan Baldock that is reminiscent of childhood, school plays and book illustrations. Misaki Kawai lights up Eric Firestone with colorful themed sculptures and paintings,that posses a Saturday Cartoons lightness. 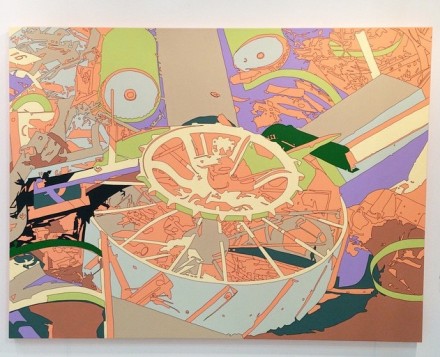 Offering food for thought and a full roster of  art performances, fashion works, musical pieces, discussions and readings, NADA offers a refreshing art fair experience for those intent on the first steps in cultivating the seeds of an extremely creative, young generation. 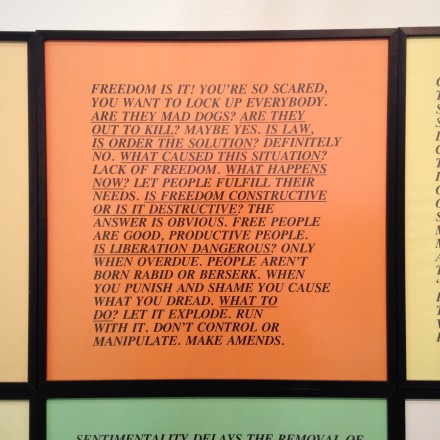 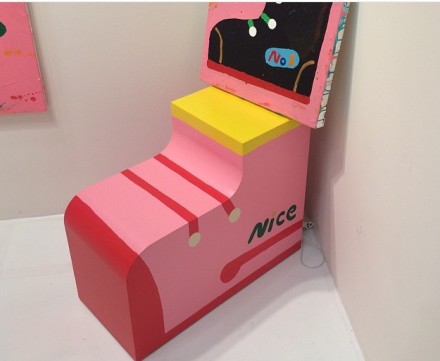 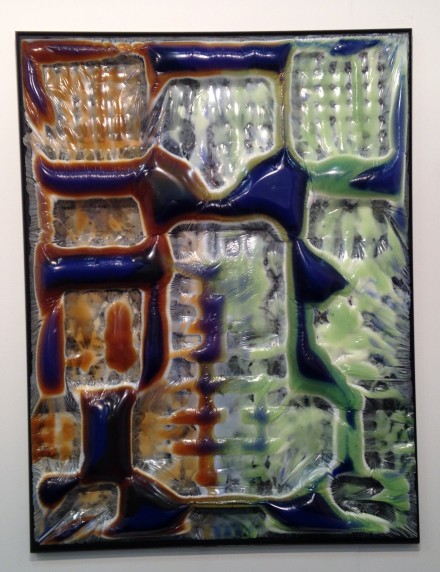 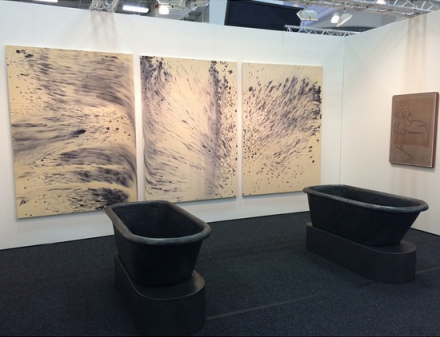 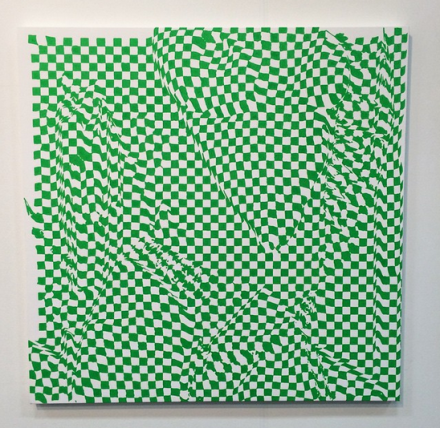 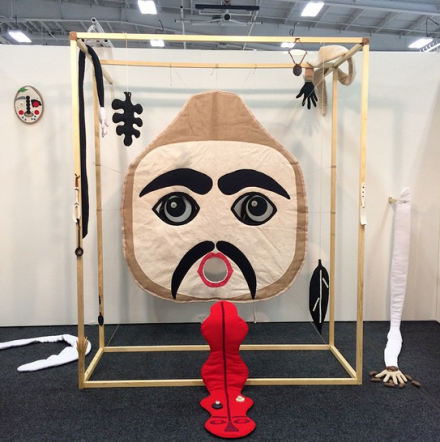 Jonathan Baldock at The Vitrine 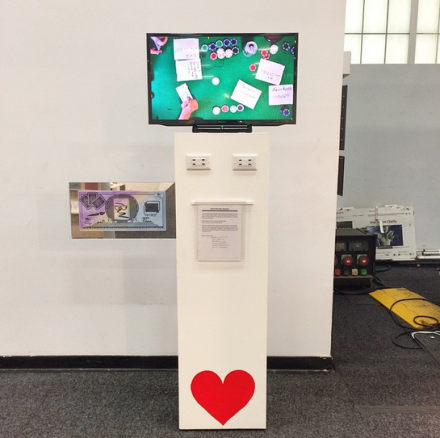 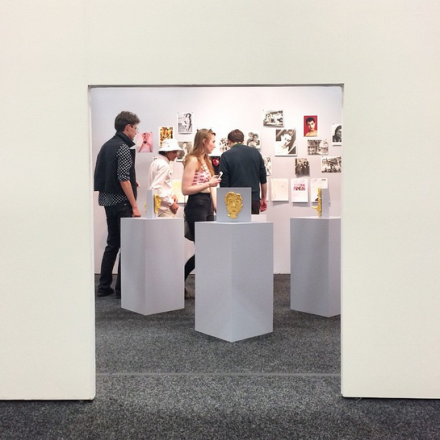 The dimished doorframe of Rod Bianco, via Art Observed

This entry was posted on Monday, May 18th, 2015 at 7:24 am and is filed under AO On Site, Art Fair, Art News, Featured Post. You can follow any responses to this entry through the RSS 2.0 feed. You can leave a response, or trackback from your own site.