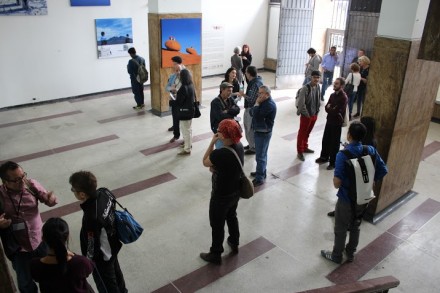 Fotografica, all photos via Sabrina Wirth for Art Observed

Every two years during the first week of May, Bogotá, Colombia launches its Fotografica Bogotá, the biennial photography exhibition now in its 10th edition. “Bogotá is photographic,” says Gilma Suarez, the powerhouse curator and photographer who founded the event.  Indeed, from May 2nd to June 15th, the city turns itself into a public museum, with images of the artwork on display for anyone to enjoy, while hosting concurrent events at universities, galleries, museums, and foundations, also open to the public.  The event gives photography enthusiasts the chance to meet with the exhibiting photographers from around the world to either listen to their lectures or participate in portfolio reviews. 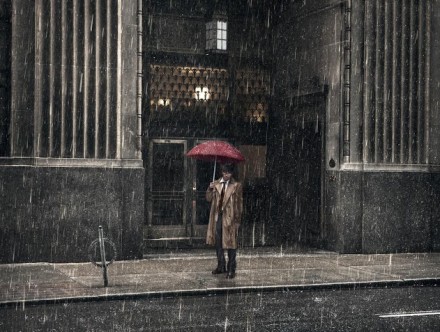 Dean West and Nathan Sawaya, Umbrella from the series In Pieces (2012)

This year’s theme of “Constructed Photography” presented the works of fifty-four international artists, including eight from Colombia, and ten from Germany, the country of honor, exploring a range of photographic styles in both digital and analog formats, which led to multiple discussions on how “constructed photography” can be defined; Hiroshi Watanabe displayed intimate portraits of Kabuki-style puppets (used in the Japanese stage art of Bunraku) as though they were alive, Jean-Paul Bourdier’s photographs were surreal images of painted bodies and landscapes with little post-production, while Laurent Chéhère exhibited his photographs of flying houses, meticulously constructed digital images collaged from his thousands of preliminary photographs in Photoshop. Some of the other photographers in attendance included Holly Andres, Alicia Savage, Viktoria Sorochinski, Sheila Oliveira, Cristian Kirby, Roberto Cerecedo, and many others. Photographer David LaChapelle could not make it in person, but was present via Skype to a full auditorium, and it was his exhibition that closed the first week of the biennial. 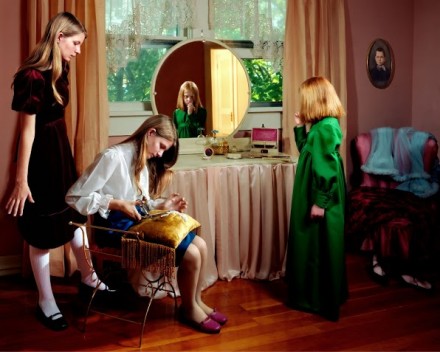 Holly Andres, Inside the Forbidden Bedroom from the series Sparrow Lane (2008) 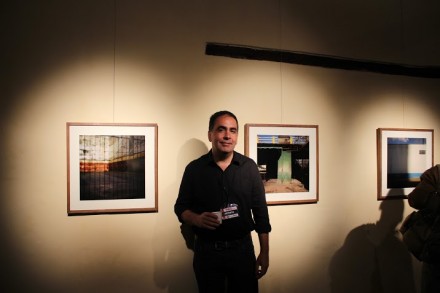 As a country recently considered one of the most dangerous places in the world, Colombia has experienced a significant change in its arts community. Medellín is now the model for other countries to follow, and Bogotá is slowly developing into a serious center for art. Ms. Suarez founded Fotomuseo, the foundation that organizes the photography biennial, in 1998 after she realized that as a photographer she had no place to really exhibit her artwork.   The mission for Fotomuseo is to make photography accessible to all populations of Colombians through mobile exhibition platforms, and to demonstrate the importance of art, creativity, and innovation in order to inspire others. 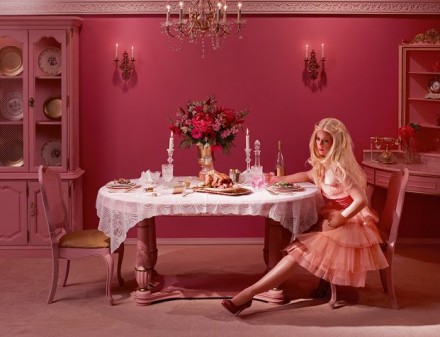 Dina Goldstein, Dining Alone from the series In the Dollhouse (2012)

Suarez’s passion in the project led her to garner the support of friends, family, and corporate sponsors in order to realize her vision, and the enthusiasm for this event both locally and internationally this year is evidence that Ms. Suarez is, and has been, on the right track.  Artists who had never been to Colombia before have started new projects while on site, and local Colombians are receiving more international recognition as a result of the biennial.  Accordingly, international galleries and collectors are starting to pay attention. 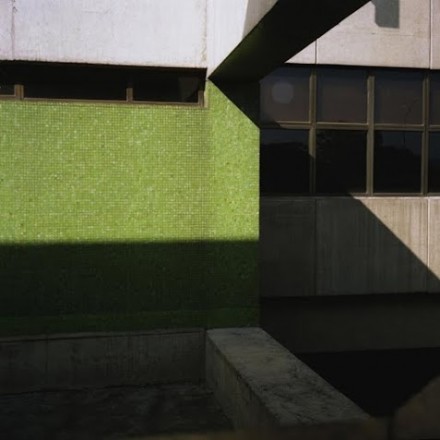 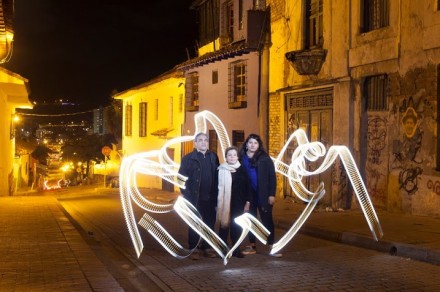 Roberto Fernandez Ibáñez in front of his exhibition 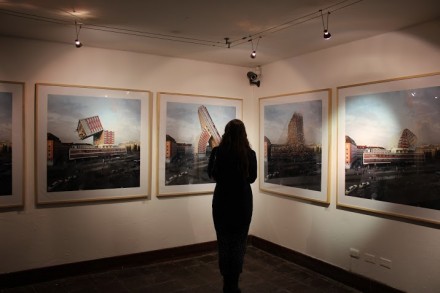 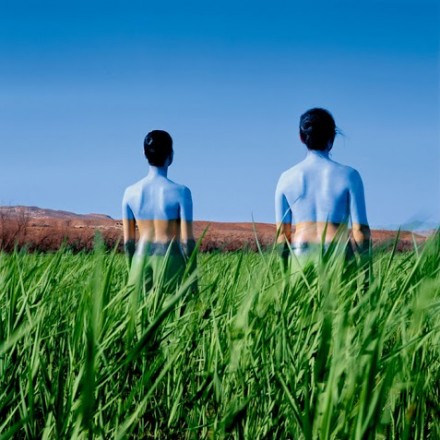 Jean-Paul Bourdier, Body of Wind published in his book Bodyscapes (2007)

This entry was posted on Sunday, May 31st, 2015 at 2:52 pm and is filed under Art News, Featured Post, Show. You can follow any responses to this entry through the RSS 2.0 feed. You can leave a response, or trackback from your own site.