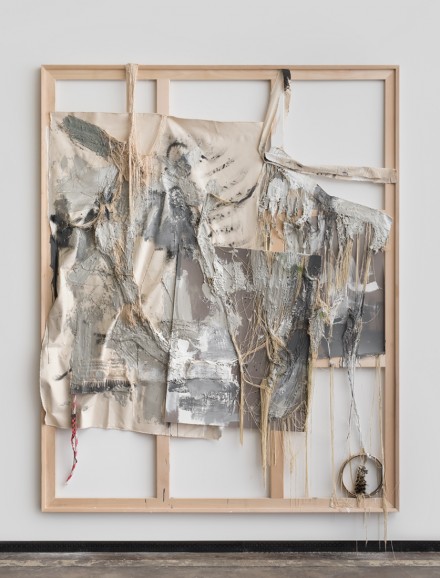 The idea of a frame places a spatial limit on its painterly contents, a statement of intent that rules its exteriors as just that, outside space.  For her first show with Maccarone Gallery, Rosy Keyser takes that logic  to a deconstructive conclusion, presenting a body of works under the title The Hell Bitch that continues the discourse of painterly reduction.  While breaking away from the traditional frame, Keyser’s works allow for viewers to consider definitions of empathy, profanity and form through her patchwork assemblages, fixed to the classic signifier of the canvas stretcher. 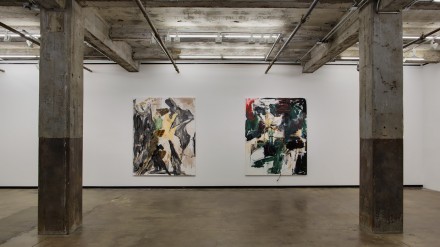 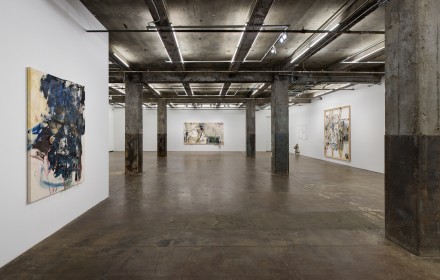 For Keyser, the frame here serves as a compositional element in her work, not merely an element which confines it and defines its space.  Its size and presentation, occasionally spattered with paint or reconfigured to hold hanging elements allow her work to float through in and out of the space.  Keyser exhibits her experimentation with alternate mediums and found objects, using them to capture emotion mixed with painterly craftsmanship.  Layers of paint, tassels, fur and sawdust cover many of her canvases, and in some cases, stop short of the frame itself, forcing outside components and including elements to work together in order to display movement and articulation. 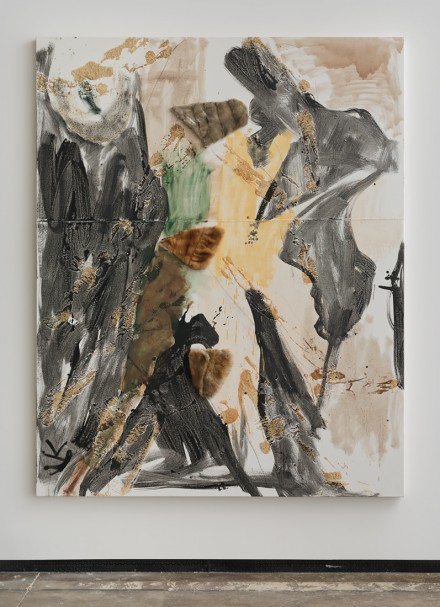 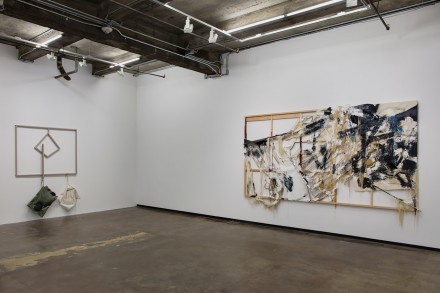 The space itself, as Keyser presents it, allows for movement and air between the works, particularly in interactions with the white walls and the space directly before the piece.  The colors flow from one work to the next, allowing for a vibrant transition of form, expression and a cohesive aesthetic sense throughout.  Though the exhibition shows several new paintings, the gallery explicitly notes the absence of the titular work, The Hell Bitch itself, a sort of lyrical sketchpad that the artist uses to flesh out her works and which serves as a sort of mother figure to the works on view.   The Hell Bitch presents materials on its surface which expand upon structural and fantastical lines, in an effort to redefine how paint is portrayed, breaking away from fixed meanings and allowing for alternate significance in painted artworks as it “gives birth” to these paintings. 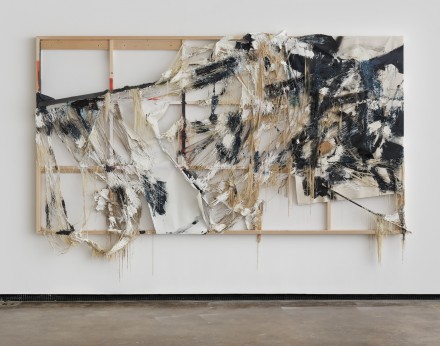 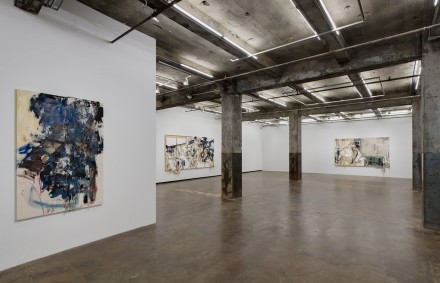 Keyser’s works here hold great reminiscence to the combines of Robert Rauschenberg with hints of Thornton Dial, and her often appropriated, mixed media techniques force each of her paintings to fill their surfaces (or at least what exists of them) with feeling and movement.  The show is on view through June 6th. 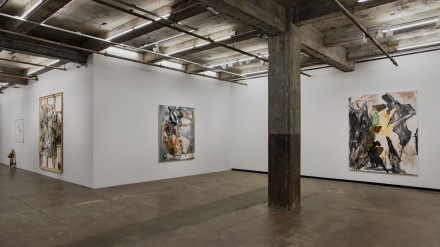 This entry was posted on Wednesday, May 27th, 2015 at 1:24 pm and is filed under Art News, Featured Post, Show. You can follow any responses to this entry through the RSS 2.0 feed. You can leave a response, or trackback from your own site.